Roger Stone Gets 40 Months, Spotlight on the Swamp Now 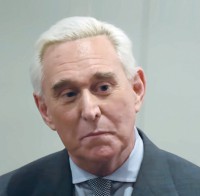 Feb. 20—Roger Stone was sentenced to 40 months in prison by Judge Amy Berman Jackson today, in a case in which Attorney General William Barr had become the primary target these past two weeks. Barr is investigating the origins of the coup attempt against Donald Trump, which involves all three branches of the U.S. government. A desperate effort is underway to get Barr to resign or limit his investigation. This effort has centered on faux outrage over Barr’s revision of the original Department of Justice sentencing recommendation in the Stone case, which sentence was, in fact, far outside the bounds of applicable precedent.

President Trump remarked on the sentence from Las Vegas, Nevada, where he was delivering the commencement address at the Hope for Prisoners graduation ceremony. Hope for Prisoners is part of the administration’s First Step initiative. He commented that those assembled knew all about bad juries and unjust prosecutions and said that Roger Stone had been treated very unfairly. He singled out the allegations of misconduct by the jury forewoman in connection with Stone’s case as part of his belief that Stone would be exonerated.

Judge Jackson has before her a motion for a new trial, based on the recently disclosed Twitter feed comments of jury forewoman Tomeka Hart. After a stunt in which the four original Mueller probe prosecutors resigned from the case last week when Attorney General Barr had overruled their original 7-9 year sentencing recommendation, Hart came forward to defend the prosecutors and revealed that she had an extraordinary and undisclosed bias against Donald Trump, and had been texting for the President’s impeachment during the trial. Confronted with this motion, Judge Jackson reversed what would be the normal process, namely, hearing the new trial motion first and then sentencing Stone. Instead, as one wag commented, it was execution first, trial later.

Stone remains free on bond until that motion is litigated, but the obnoxious gag order Judge Jackson has imposed on Stone and those close to him remains in place.

The faux controversy about Barr’s intervention continued right up to Stone’s sentencing, with the independent Federal Judges Association announcing on Feb. 18 an “emergency” meeting for the next day, based on the intervention of the Attorney General and the President in judicial proceedings, and expressing support for Judge Jackson who, the President said, correctly, was biased against Stone and Trump. The emergency meeting was cancelled before it was to begin on Feb. 19, obviously because it was an overt and outrageous attempt to influence Stone’s sentencing and, in all probability, the more rational members of the Federal Judges Association recognized this.

The sentence Judge Jackson imposed is exactly the sentence Attorney General Barr recommended. Close observers believe that is meant to continue to heighten tensions between Barr and the President, and to make Trump’s inevitable pardon of Stone more politically controversial. Jackson also provided news copy for those who assert that Barr is acting as Trump’s henchman, by defending the four resigning prosecutors and claiming that Barr’s lower sentencing recommendation defied current DOJ policy, which requires maximum charging and sentencing recommendations for serious crimes. 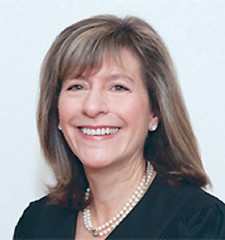 Judge Jackson also berated Stone during sentencing, in remarks that underscored her bias on this and other Robert Mueller-directed cases. Conducting a scolding tirade against the 67-year-old grandfather who stood before her for lying to the Congress about an investigation that had no legal or factual basis, she claimed that Stone had been convicted, not for supporting the President, but for covering up for the President. There is absolutely no support in the record for this claim.

Stone’s lies to Congress, resulting from a perjury trap, were all about alleged contacts with Julian Assange concerning what the WikiLeaks director had on Hillary Clinton following WikiLeaks’ first release of emails from the Democratic National Committee in June of 2016. In reality, Stone had no actual direct contacts of substance with WikiLeaks and, it appears, his claims to the contrary were attempts to impress the Trump Campaign after Trump had publicly distanced himself from Stone.

The prosecution knew this, yet encouraged press coverage of Stone and the investigation of him as the Trump connection to WikiLeaks and Russian interference in the 2016 election. As LaRouche PAC and EIR have repeatedly documented, the Russian interference claim itself is utterly bogus. To bolster the defamatory claim that Stone was a traitor, he was arrested before sunrise at his Florida home by a swarm of SWAT teams carrying machine guns, with helicopters flying overhead, all witnessed by a film crew from CNN.

Stone was also convicted of tampering with a witness, Randy Credico. Credico testified at trial and in a letter to Judge Jackson concerning sentencing that he didn’t believe he was tampered with at all.

Jackson also made a big point in the sentencing about Stone’s disregard for her gag order, imposed after Stone posted a picture of the judge with what appear to be cross hair symbols in the background, claiming that Stone had sought to disrupt his own trial. Yet she had already held a full hearing on this, in which Stone apologized and she declined any punishment other than banning him from any use of social media. Most observers believe the gag order is a completely unconstitutional restraint on Stone’s First Amendment rights and his ability to defend himself in a venue which has been completely poisoned against him.