Facing the Financial and Economic Blow-Out

We present here EIR Editor Paul Gallagher’s edited notes for his presentation to the LaRouche PAC Fireside Chat on February 27, 2020. To listen to the entire program, click here. 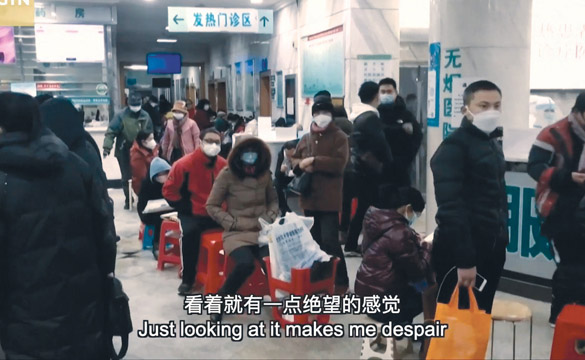 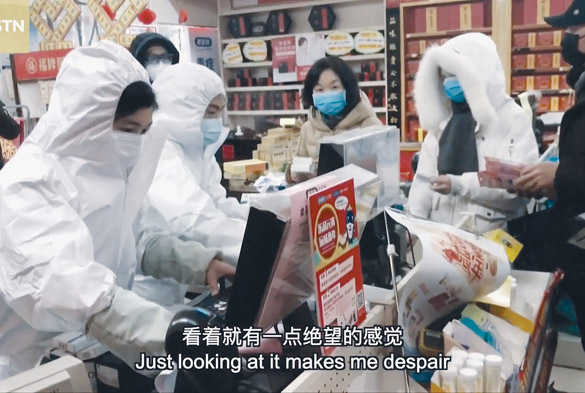 CGTN
Two scenes from Wuhan, Hubei province, China, a city of over more than 10 million people, placed under quarantine by the government, which has sacrificed economic activity to save human lives at risk from the novel coronavirus, Covid-19.

The world economy, and the United States economy, are on thin ice. Various agencies, including the IMF, World Bank, and economic think-tanks are racing, dramatically, to reduce their forecasts of economic growth—but in terms of GDP, and GDP is almost as divorced from the real physical economy by which we support ourselves and grow our numbers, as is the stock market.

The reality is worse than these rapidly unfolding forecasts. Economic reality demands that we take the actions now, presented in brief form by Lyndon LaRouche in 2014, in his “Four New Laws to Save the USA Now!” He put them forward because the post-Bretton Woods, post-Glass-Steagall floating exchange rate system had gone through so many financial crashes that he was tired of forecasting them, no matter how accurately he did that. He proposed action to stop these collapses and restore real, sustained productive growth, led by new technologies and science-driver crash programs like the manned mission to the Moon and Mars.

The fundamental measures of the major productive economies around the world have already been in serious decline throughout 2019. By this I mean manufacturing employment, industrial production, labor productivity, real wages when measured by the price of expensive services as well as cheap goods, durable goods and machine-tool orders other than military, investment in economic infrastructure, and business capital investment. 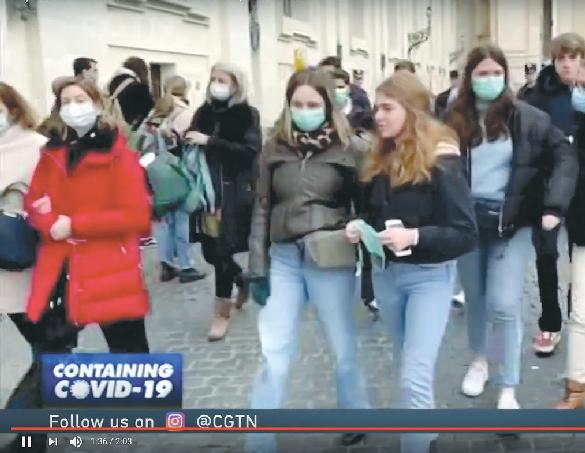 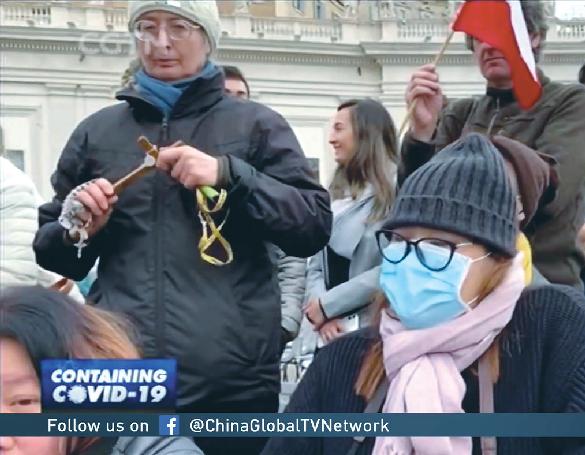 CGTN
Mass quarantine has now come to Italy, one of the G7 leading industrial economies. In the hope of containing an outbreak of Covid-19 in Lombardy, the region around Milan, and Veneto, around Venice, over 55,000 in the so-called Red Zone have been told not to leave the area for at least two weeks.

The Economic Effect of Massive Quarantines

At the end of that year of decline, massive quarantining came to China, the world’s first- or second-largest economy by purchasing power and productivity. China sacrificed economic activity and other parameters to save human life, at home and abroad; China’s actions meant fewer deaths from COVID-19 than from flu in a normal season, although COVID-19 is more than 20 times more fatal. World Health officials say China has set a new standard for public health combined with high-technology treatment.

But China’s huge, fast-growing economy will probably shrink in the first quarter of this year, if not longer. Its electricity use right now is only about 60% of normal, and that is the backbone of the real economy in every country. Its overall economic activity is recovering but is only at about 40-50% of normal. Millions of small and medium-sized productive businesses have still not reopened after a full month’s shutdown.

Now quarantine has come to Italy’s people and economy, and is likely to come to others of the G7 (Group of Seven) so-called leading industrial economies, and to other nations as well. To give just one example of what this will do: Worldwide, vehicle sales in the auto industry have dropped by about 9 million in 2019 and the first months of 2020, with corresponding declines in production involving tens of thousands of firms. And that is with just one major economy having gone through the ringer so far. 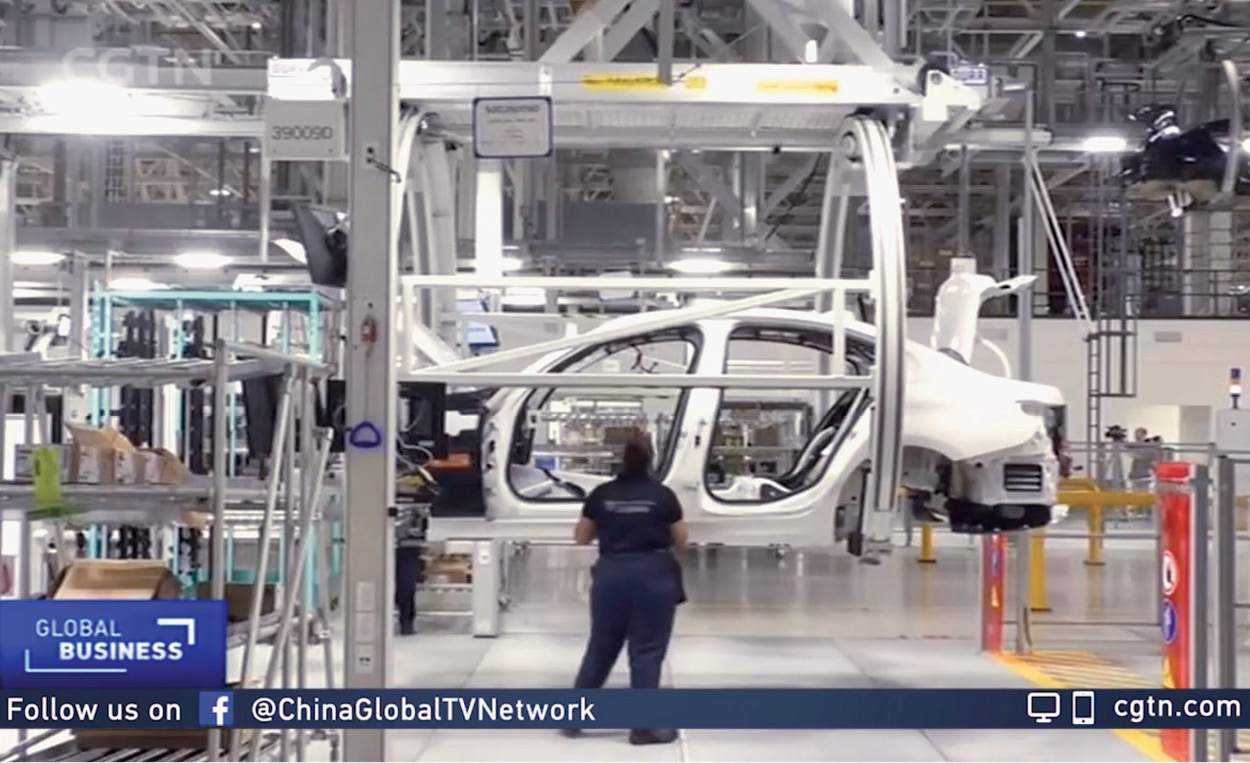 And auto will not be the worst-affected sector: Those will be electronics, tourism, retail sales and commercial real estate, leisure and hospitality companies of all kinds. There are going to be lots and lots of corporate bankruptcies. How many countries will do as China has done, issuing credit through its central bank to companies, especially small and medium-sized companies, to prevent their bankruptcy?

What process are we in overall? The major industrial economies, for the entire 50-year floating exchange-rate period since the destruction of Bretton Woods, have made their economies completely dependent on consumption, while they have pushed out cheaper and cheaper production into so-called global supply chains. Their financial systems have become based on the financialization and securitization of consumer spending and consumer debt. If you stay at a hotel, your room payment goes through a whole series of companies or financial vehicles you’ve never heard of, some of which exist entirely to take a cut of that payment.

The same is true when you buy food, pay your utility bills, or buy a car. Your rent or mortgage payments, your car loan payments, are securitized and split up among scores of financial operations. Fifty years ago, financial speculation began to be far more profitable than investing in capital goods to produce anything, especially to produce it here in America. And your nation has become dependent on cheaper global value-added chains for the produced devices and goods it once produced.

Now what happens if we have to impose major quarantine in one economy after another—to save lives, which will most probably have to be done. Some of these so-called global supply chains will quickly become empty; it will be temporary, but it will disrupt every globalized national economy. As in China, production can come back. But consumption will be massively lost—demand will be quarantined—and will come back much more slowly. 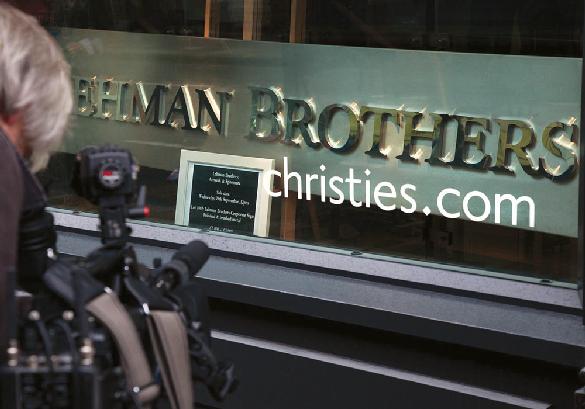 CC/Jorge Royan
A sign of the times: Five years after Lehman Brothers declared itself bankrupt, the largest in history, its corporate sign was auctioned off in 2013, for the second time, at Christie’s in London.

What Will We Do in Another ‘Lehman Brothers Moment’?

As this reality breaks through the illusions fed by central bank money-printing, the stock markets have fallen from record highs, taking massive plunges more rapidly than at any other time except the summer of 1929. Leading the collapse are consumer goods stocks, auto stocks, stocks of banks, and stocks of insurance companies. The plunge in bank and insurance company stocks points to the fact that U.S. Treasury interest rates are falling so fast that the immense mass of $600-700 trillion in derivatives contracts—which are overwhelmingly bets on interest rates—could blow big holes in these banks and their counterparties, the insurance companies.

Even bankers’ economic think-tanks and finance officials in Europe are suddenly talking about a Lehman Brothers moment in front of us. With a $30 trillion worldwide corporate debt bubble, not simply a historic high but an all-time high relative to GDP, there will be masses of corporate bankruptcies and a financial and economic breakdown—unless we act, and get the appropriate action from world leaders to create a new world credit system.

We need production, and national self-sufficiency in crucial production. We also need investment in new infrastructure using the frontiers of science and technology to create demand for high-productivity employment. Examples are advanced nuclear electricity infrastructure and all biological-medical spinoffs from nuclear radiation sciences; cooperation among the space-faring nations in Moon, Mars and Solar System exploration and development; and crash programs for fusion power and new laser and plasma technologies.

Glass-Steagall bank separation must be put through fast, to protect productive bank lending from a financial collapse, and to open the way to national banking to create the credit for productive investment. The next steps are clear from Helga LaRouche’s Appeal to Heads of State released on February 27, published on page 2 of this issue of EIR.