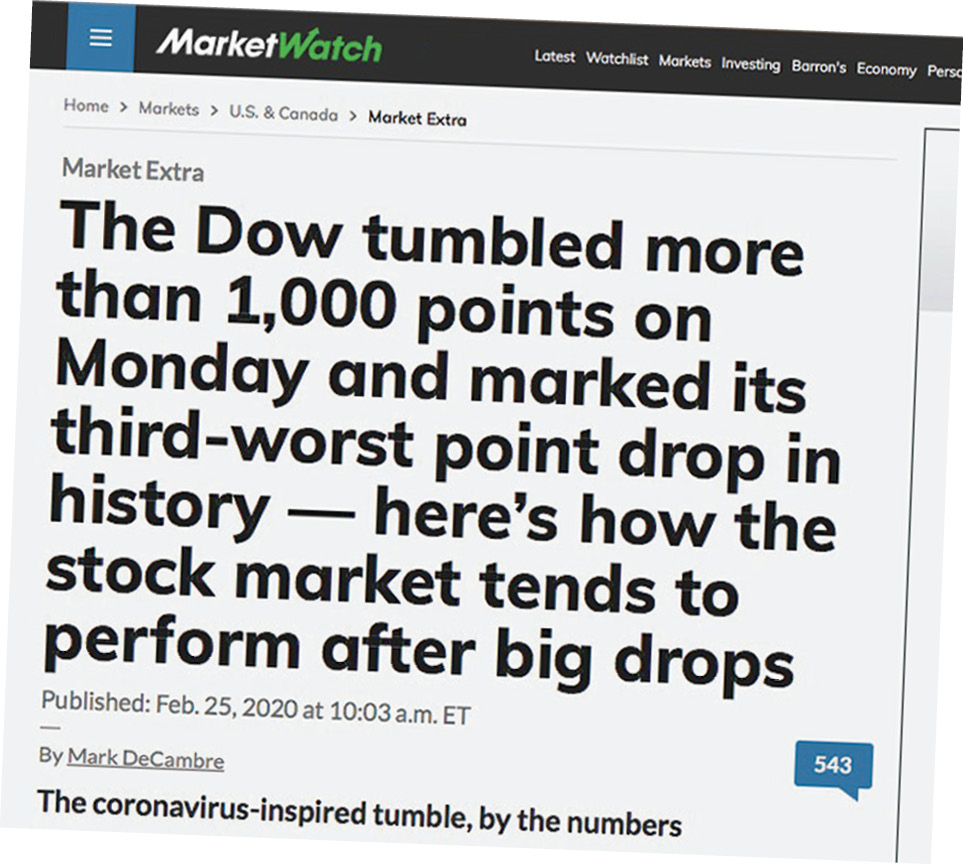 March 6—Now is the time for the leading spacefaring, technologically powerful nations—particularly the United States, China, Russia, and India—to create a new international system of credit for scientific and industrial development. The Bretton Woods System launched by Franklin Roosevelt’s Administration in 1944 was such a system, and through the 1950s and 1960s that system gave many nations rapid growth and rising living standards, until the City of London banks succeeded in abolishing it in the early 1970s. The parasitic “floating exchange-rate” system they put in power after 1971 is finally, after decades of financial crises and crashes, destroying itself.

Fifty years of currency floats, casino speculation, deindustrialization, and globalization have crippled the “developed” nations of the United States and Europe and their allies. As a result, these nations currently don’t have the hospitals to meet a serious global epidemic of a novel coronavirus. They don’t offer help to stop unusually large swarms of locusts devouring food in developing countries. They don’t even think of exporting modern capital goods to those countries, in the way that FDR thought of exporting the revolutionary Tennessee Valley Authority model to the world.

“Fears arising from the coronavirus epidemic” are supposedly triggering 1,000-point plunges on Wall Street and a headlong global rush into U.S. Treasury securities, driving their interest rates down toward zero, and yet at the same time resulting in an aggravated shortage of liquidity (to speculate with!) on U.S. interbank lending markets. And for the third time recently, a significant Indian lending institution—the $50 billion Yes Bank Limited in Mumbai—has failed and had to be nationalized.

But it is not “virus fears” shaking London’s rotten “floating-rate” monetary system after 50 years. It is the tens of trillions of unpayable, speculative, securitized debt in an “everything bubble” of corporate speculation and households’ underpaid overextension. And there are hundreds of trillions of derivative bets trembling on top of it.

Underneath this financial house of cards are the beleaguered, worn-out real economies of the world’s nations, spiraling into a worldwide manufacturing recession, a recession now rapidly being worsened by the impacts of the COVID-19 epidemic and its quarantines. Large losses are beginning to cascade: by airlines (200,000 flights have been cancelled so far worldwide); in hospitality and retail businesses of every kind; in auto production and sales (China auto sales were down 80% year to year in February); in dropping aircraft orders. Oil producers are trying to cut world oil production by 1.5 million barrels/day. A leading Italian economist estimates his country is losing 2.1% of its GDP. The IMF is lowering its world economic estimates virtually every other month. 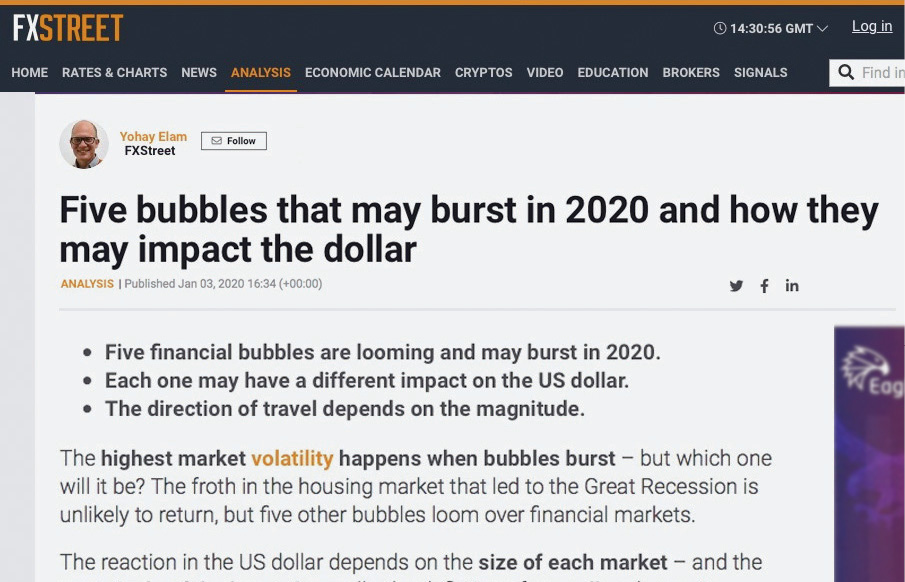 In her statement released by the Schiller Institute one week ago, Helga Zepp-LaRouche called for a summit of the leaders of the world’s economic and technological powers to put the “floating-rate” monetary system out of its misery. The American people must convey to President Trump the urgent message that now is the time for him to take a leading role, with at least China, Russia, and India, in replacing it with an improved, new Bretton Woods System. The first step is to restore Glass-Steagall bank separation—allow the immense bubbles of speculative, unpayable debt to be rapidly written off without destroying lending banks which are the channel of credit. Then the task is to begin to build. The futile effort to refinance unpayable speculative debt will be replaced with new joint credits for great projects of infrastructure in developing countries and at home. America and her partners will accelerate great space exploration missions by cooperation, and use space science and nuclear science and technology to raise human productivity and combat disease.

That new Bretton Woods credit system has been waiting since Lyndon LaRouche first outlined it more than 35 years ago. Aroused and organized citizens have to make these actions clearly understood among themselves and others around them, before they can be effective. Millions are attentive; this is the time. 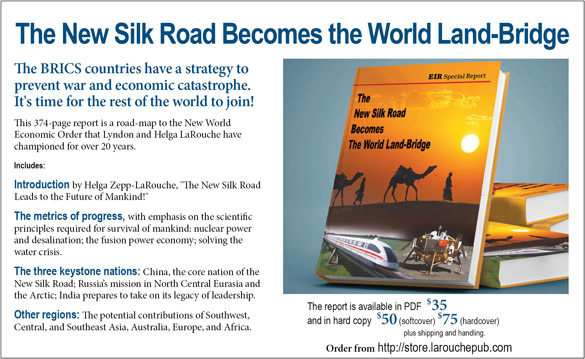