This transcript appears in the March 27, 2020 issue of Executive Intelligence Review.

Build a New World from the Ashes of the Old:Sovereign Nations, Common Future

These are Dennis Speed’s introductory remarks to the LaRouche PAC Manhattan Project meeting on March 21, 2020, keynoted by Helga Zepp-LaRouche, founder of the Schiller Institute. The video of the full two-hour meeting is available here. 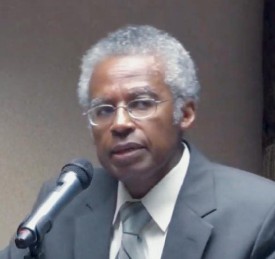 My name is Dennis Speed, and on behalf of the LaRouche Political Action Committee, I want to welcome everybody to today’s Dialogue with Lyndon LaRouche. As we’ve done for nearly five years with our Manhattan Project meetings, we continue today in a slightly altered format due to circumstances that I think everyone is well aware of, all over the United States, and all over the world.

I want to welcome you to this great and awful moment, and we want to, as we always like to do, begin by talking about Lyndon LaRouche and his importance to you and to this time. The statesman, Lyndon LaRouche, the founder of this organization, warned that the physical degradation of the United States and world economy, wracked by the virus of financial speculation, would bring about a sudden moment where actual pandemics would spread throughout the world, threatening all humanity. Such a moment has now come. Both the coronavirus and the Wall Street-City of London virus of speculation must be defeated now. In his Triple Curve function in 1995, LaRouche illustrated the war between physical productivity—the real economy—and the speculative economy of financial aggregates and also of hyperinflation such as we are seeing occur in the world system now.

Ten years earlier in 1985, Lyndon LaRouche and his organization had issued the EIR Special Report titled, Economic Breakdown and the Threat of Global Pandemics. This report appeared in July 1985 and forecast that because of the persistent degradation of the world’s physical economy as a result of Wall Street and City of London policy, new pandemics would threaten humanity, and could even wipe out the entire human race.

This week, Helga Zepp-LaRouche, the founder of the international Schiller Institute, called for closing the financial markets to halt the inevitable collapse of the casino economy and reorganize it; to shut down the speculative financial operations that have been preying on humanity as a whole. She’s going to talk with us about that in just a moment. I just want to quote from the beginning of that statement, where she says:

It is absolutely clear, that after the roller coaster, dramatic losses of the financial markets in the recent days, the systemic crisis is spinning out of control. The only remedy to prevent a further devastation of the real economy, a dramatic increase of mass unemployment, and the loss of lives of the poor and vulnerable segments of the population is to close down the financial markets.

In the book entitled, Think Like Beethoven, which features several of the writings of Lyndon LaRouche on music, LaRouche wrote:

The 20th Century, from the very beginning, was a process of degeneration of humanity. If you were in the 20th Century every day of the week, you were becoming worse and worse and worse. That was the general tendency of society. Look at it. Look at in terms of physics, of physical science. The exact year, the year 1900, defined degeneration and the increasing degeneration of everything in terms of music, science, culture, and everything else.

It was this degeneration that LaRouche devoted his life to fighting against. He created organizations to fight against it. But in 1984, another organization was created; it was the Schiller Institute. This was the means by which the remedy for the illness of the 20th and 21st centuries was provided 36 years ago. The epidemic that we’re seeing in the form of the coronavirus, was actually spawned by a cultural epidemic. And that epidemic of degeneration that LaRouche spoke about, and the attempt to remedy that, has been the life’s work of our primary speaker today. She joins us from Germany, and she is Helga Zepp-LaRouche. We’re going to hear from her now.