This article appears in the April 3, 2020 issue of Executive Intelligence Review.

G20 Teleconference May Be Precursor to Economic and Scientific Joint Action 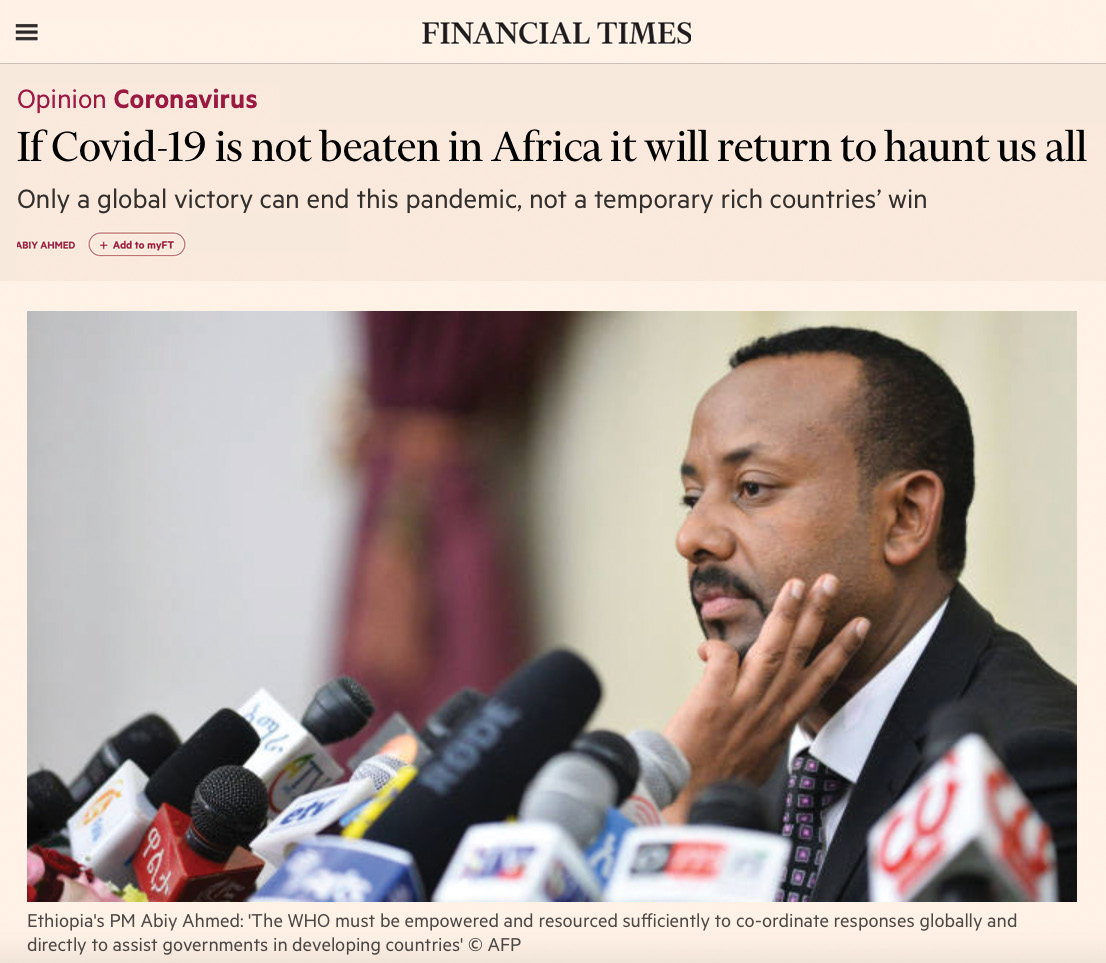 March 26—The presidents and prime ministers of the Group of 20 (G20) nations clearly expressed their desire to cooperate to speed up the defeat of the COVID-19 virus all over the world, when they met by teleconference on March 26, and their intention to expand aid to developing countries that lack public health capacities. The meeting was followed twelve hours later by an apparently substantive phone call between Presidents Donald Trump and Xi Jinping, whose two nations are the most important in creating a new international system of economic development.

The G20 leaders’ statement on COVID-19 reads, in part:

We are gravely concerned with the serious risks posed to all countries, particularly developing and least developed countries, and notably in Africa and small island states, where health systems and economies may be less able to cope with the challenge, as well as the particular risk faced by refugees and displaced persons. We will strengthen capacity building.... We stand ready to mobilize development and humanitarian financing.

The G20 leaders pledged to conduct expanded, frontier scientific research together to save human lives from deadly pandemics. And they further said in their statement:

We will expand manufacturing capacity to meet the increasing needs for medical supplies and ensure these are made widely available, at an affordable price, on an equitable basis, where they are most needed and as quickly as possible.

For weeks before this teleconference, Schiller Institute President Helga Zepp-LaRouche had publicly proposed that the four key leaders on that call meet—Presidents Donald Trump, Xi Jinping and Vladimir Putin, and Prime Minister Narendra Modi. She had called on them to jointly create credit for just such efforts, including hospital building worldwide and scientific crash programs, through cooperation of national banks in each country. And she urged them temporarily to close the lately collapsing securities markets and stop all bailouts to those markets and the Wall Street and City of London banks.

The task Zepp-LaRouche is urging on these four nations’ leaders is far, far larger than that set forth so far by the G20 nations—the task is the creation of a new international credit and monetary system fostering capital goods exports to developing countries, setting fixed currency exchange values, and using Glass-Steagall Acts to make the biggest banks shed all their speculative investment units. That larger task requires, however, the agreement to cooperate economically and on scientific frontiers. The great challenge of the coronavirus pandemic may have begun to force this new order into sight, to the exclusion of continued geopolitical conflict.

Following the personal call between Trump and Xi, the U.S. President sent out a Twitter message which would be unrecognizable to his knucklehead Secretary of State:

Just finished a very good conversation with President Xi of China. Discussed in great detail the CoronaVirus that is ravaging large parts of our Planet. China has been through much & has developed a strong understanding of the Virus. We are working closely together. Much respect!

The Hill publication in Washington understated the case: “Trump’s remarks signaled an effort to ease tensions between the United States and China, which have run high amid the global spread of the virus.”

From China, President Xi commented on the call:

The relationship of China and the U.S. is at a critical juncture. Cooperation is mutually beneficial to both nations, while fighting will hurt.... It is hoped that the United States will take concrete actions to improve China-U.S. relations and the two sides will work together to strengthen cooperation in areas such as epidemic control.... China is willing to continue to share information and experience with the United States without reservation.

Again, from the G20 leaders’ statement:

We are currently undertaking immediate and vigorous measures to support our economies; protect workers, businesses—especially micro-, small- and medium-sized enterprises—and the sectors most affected; and shield the vulnerable through adequate social protection….

We will continue to conduct bold and large-scale fiscal support…. The magnitude and scope of this response will get the global economy back on its feet and set a strong basis for the protection of jobs and the recovery of growth.

The economic actions taken so far by the major powers, to reverse the depressionary impact of the pandemic, are suddenly very large but entirely directed toward their own economies; worse, they are being hijacked by central banks, led by the Federal Reserve—printing money to save financial speculators on Wall Street, in the City of London, Frankfurt, Tokyo, and other centers. A “monetarist virus” runs in harness with the pandemic virus.

After the G20 teleconference, the Chinese Foreign Ministry explained that the nations on that call had spent, and/or had now committed a total of $5 trillion toward reviving economies collapsed by the pandemic’s impact—$3.5 trillion of it by the governments of the United States and China. It is shocking that in comparison a single central bank, the Federal Reserve, had printed and/or committed to print at least $5.2 trillion to buy failing assets from City of London and Wall Street banks, hedge funds, investment banking and broker-dealing vehicles, and so forth, and is also providing the dollars, through “swap lines,” for nineteen other central banks to do the same.

And the heads of state on the teleconference decided, despite their stated intention for new degrees of cooperation against the coronavirus, that “We support the extraordinary measures taken by central banks”—which are overwhelmingly supporting unpayable debt assets.

The challenge for real, joint economic development action was put to the G20 leaders in a March 15 statement, “Three Things the G20 Must Do to Support Africa in COVID-19 Pandemic,” by nineteen African nations, directed to the G20 teleconference, asking for a debt moratorium. In an opinion column titled, “If Covid-19 Is Not Beaten in Africa It Will Return to Haunt Us All,” published in the Financial Times on March 25, Ethiopia’s Prime Minister Abiy Ahmed Ali invoked the higher order of cooperation that Helga Zepp-LaRouche is calling for. Abiy wrote:

There is a major flaw in the strategy to deal with the coronavirus pandemic. Advanced economies are unveiling unprecedented economic stimulus packages. African countries, by contrast, lack the wherewithal to make similarly meaningful interventions. Yet if the virus is not defeated in Africa, it will only bounce back to the rest of the world.

That is why the current strategy of uncoordinated country-specific measures, while understandable, is myopic, unsustainable and potentially counter-productive.

African nations lack the fully equipped and scientifically advanced hospital and public health facilities. The advanced nations must create the credit and capital exports to build such facilities worldwide. The opening exists now for discussion of a new Bretton Woods system launched by the leaders Zepp-LaRouche is calling on. The rest depends on the LaRouche movement’s current mobilization for a new Bretton Woods four-power summit.