This transcript appears in the May 8, 2020 issue of Executive Intelligence Review.

Mankind’s Existence Now Depends on the Establishment of a New Paradigm!

PANEL 4The Science of Physical Economy

We present here a summary of the concluding panel of the two-day Schiller Institute conference of April 25-26, followed by three of its major presentations (edited transcripts); an intense dialogue about the British Imperial system from the discussion period; and the program of the full conference with a complete list of all the presentations and speakers.

The first panel was published in full in our May 1 issue. Subsequent issues of EIR will cover the second and third panels. Visit the Schiller Institute web page for all of the conference videos and supporting material.

The scope of this panel, addressing Lyndon LaRouche’s science of physical economy, was indicated by its 16 speakers and extended questions and discussion. The panel “made a tour of the horizon from the standpoint of LaRouche’s four economic laws,” as moderator Dennis Speed concluded, with seven presentations by current and former heads of American farm organizations; several speakers and authors from African countries who have been active politically in Africa; China’s chief of mission in Paris; the American commercial banker who pushed through the adoption by the Republican Party of Glass-Steagall as part of its 2016 Presidential platform; one of America’s best-known advocates for public banking; Mario Roberto Morales, a prominent author and professor from the University of Guatemala; and Schiller Institute leaders Helga Zepp-LaRouche, Dennis Small, Ramasimong Phillip Tsokolibane of South Africa, and Sébastien Périmony of France. 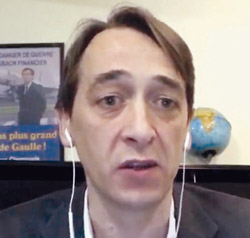 Five presentations on the urgent economic development of Africa followed the conference keynote by Dennis Small, with potential relative population-density an implicit subject. Sébastien Périmony discussed the establishment in the past 20 years of nine national space agencies in Africa and an African Space Agency as crucial to the development potential of the continent, with satellites guiding agricultural improvement, facilitating rural education, tracking terrorists and locust swarms, mapping disease outbreaks, and proving the vast possibilities of great infrastructure projects, such as Transaqua to refill Lake Chad. “Nothing is more local than space,” Périmony said, pointing out that the Space and Science Society centered in Ethiopia has more than 10,000 members. 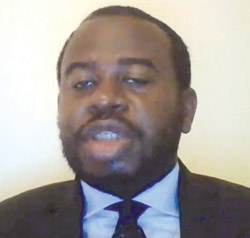 Cédric Mbeng Mezui, founder of Gabon’s FinanceAfrika think-tank, stressed Alexander Hamilton’s principles for development of national credit, domestic demand and supply chains, and industrialization. (He is the author of books including Unlocking the Potential of Africa—Ideas by Alexander Hamilton.) Former board chairman of the South African Nuclear Energy Corporation, Dr. Kelvin Kemm, urged all those watching to “think of the whole world during this conference.” 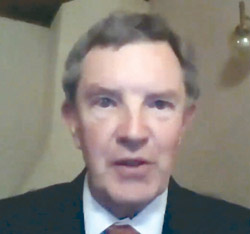 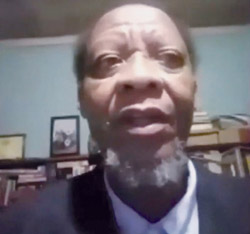 Ramasimong Tsokolibane returned to the initial concept raised by Dennis Small. “If Africa realized its full potential, it would become an economic powerhouse,” he said. “But its potential relative population-density is low. Despite FDR, British imperialism has kept Africa underdeveloped and enslaved to the City of London and Wall Street.”

In fact, several speakers emphasized that Africa’s huge size and vast arable land, with 1.3 billion Africans on a continent large enough to fit nations and regions that have nearly 4 billion people (China, India, the United States, European Union, and others), means that its potential relative population-density, as LaRouche has defined it, remains low. It is suppressing Africans’ actual population-density, and is threatening now—as Small had warned—to fall so low as to cause massive numbers of unnecessary deaths. Thus the immediate “people first” building of the healthcare system, and economic development more broadly, are a matter life or death for millions. Tsokolibane emphasized Zepp-LaRouche’s proposed “global health security system” funded by a new International Development Bank.

Six American farm leaders, introduced by Schiller Institute agricultural expert and organizer Bob Baker, described how “independent agriculture in America is beyond crisis at this point; it is in a calamity.” 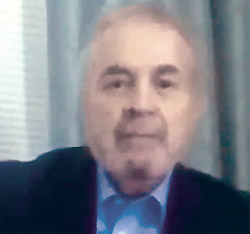 In the final sub-panel, Jack Lynch, formerly head of First Midwest Bank of Illinois, described his activities pushing the restoration of Glass-Steagall into the Republican Presidential platform in 2016 as based on the impetus of Lyndon LaRouche’s forecasts of economic collapses since 1999, after Glass-Steagall was “gutted.” “We’re on the brink” of another financial collapse, he said, especially given the immense derivatives portfolios of the largest Wall Street banks. 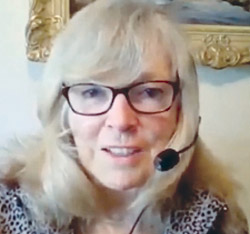 Ellen Brown, President of the Public Banking Institute, presented examples from American history of direct government issuance of credit, from the Pennsylvania colony’s public bank started in 1730 (and shut down in 1751 by a British Crown order prohibiting American currency issuance) to Lincoln’s Greenback policy. She noted that Lyndon LaRouche had proposed direct Treasury currency issues 40 years ago. (EIR recently republished LaRouche’s 1981 paper on this subject). 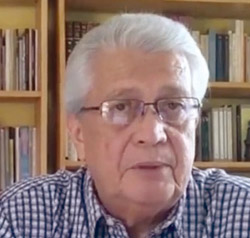 They were joined by Professor Morales, who presented a unique window of understanding from Central and South America. 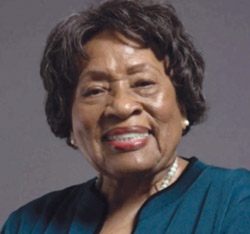 As this fourth and final panel concluded, Dennis Small announced the scheduling of an international youth call with Helga Zepp-LaRouche on May 9, and the urgency of the ongoing mobilization to organize another of the many waves of youth movements Lyndon LaRouche had catalyzed over decades. A video message of greetings from Dr. Joycelyn Elders, former Surgeon General of the United States directly addressed the Covid-19 crisis and particularly the young people from all over the world participating in the conference. Zepp-LaRouche urged all who were listening: “We haven’t heard another solution to this crisis than the four-power approach we are advancing. Go into a full mobilization on this proposal.”