This transcript appears in the July 3, 2020 issue of Executive Intelligence Review.

A View from the Iowa Farm Belt: The Muscatine-China Cultural Connection 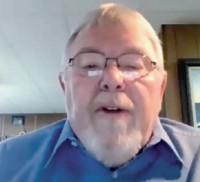 Mr. Hopkins is the former mayor of Muscatine, Iowa. This is the edited transcript of his presentation to the Schiller Institute International Conference, on June 27, 2020, “Will Humanity Prosper, or Perish? The Future Demands a Four-Power Summit Now,” on Panel 1: “Instead of Geopolitics: The Principles of Statecraft.”

I’m the former mayor of a small community in eastern Iowa located right on the Mississippi River. And I have a story to tell you. But in order to tell this story from where it begins, I’m going to have to move the clock back in time to 1985. Back in that timeframe, the country of the People’s Republic of China sent four individuals to Iowa. These individuals had never been in the United States before, but through the Sister Cities and Sister States organization, these individuals came right directly to Muscatine, Iowa. One of these individuals was Xi Jinping, and of course at the time he was pretty young, and he was a provincial official in Hebei province. 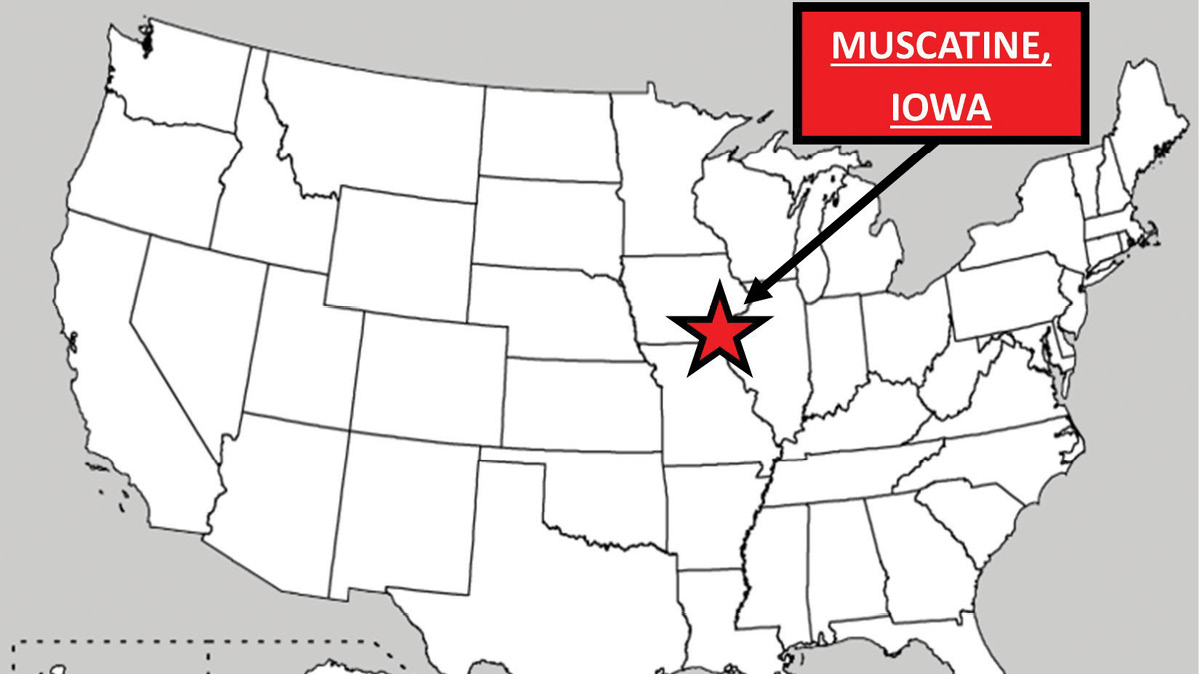 They came to Muscatine, and they toured some of our plants around town, and so on and so forth. They even enjoyed a barbecue with spareribs and corn on the cob and things of that nature. In any case, they spent three days in Muscatine, and then moved on to Des Moines, Iowa, where they met with the then Governor of Iowa, Terry Branstad.

Now, I’m going to fast forward a little bit to 2012. Our governor was on a kind of an agricultural mission trip to Beijing in the People’s Republic of China in September, 2011. And he was meeting with Xi Jinping, who at the time had moved up in the ranks to the position of Vice President. Xi Jinping just happened to ask Governor Branstad—because he had known him for that length of time, from 1985 to 2011—he asked him how his friends Sarah and Roger Lande were. Well, Sarah and Roger Lande are residents of Muscatine. Roger is a retired attorney. Back in 1985, Sarah was the President of the Sister States organization here in Iowa. 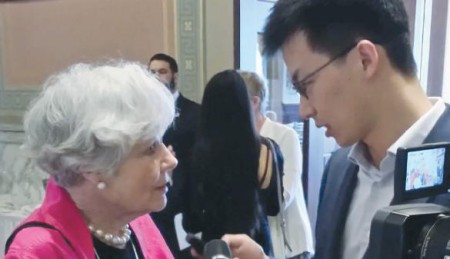 Schiller Institute/Robert Baker
Sarah Lande being interviewed by Xinhua upon the release of her book, ‘Old Friends’: the Xi Jinping–Iowa Story, Des Moines, Iowa, May 2018.

Well, Governor Branstad responded that they were in good health and everything was fine, but that’s what started the wheels in motion about a revisit to Muscatine from then Vice President Xi Jinping. That happened on, I believe it was February 15, 2012. He was on a trip from Washington, D.C., then to meet President Obama in Los Angeles, California. He thought he would have time to stop by Muscatine, Iowa, which he did. We all greeted him on the porch of the Lande residence. We all went inside and enjoyed snacks and conversation; sort of rehashing old times, thus assuming the title “old friends.” So, a great number of his old friends—that is, Xi Jinping’s—were in attendance at the Lande residence, and they all had just a marvelous time. Xi Jinping’s time came when he had to leave, and that was OK. 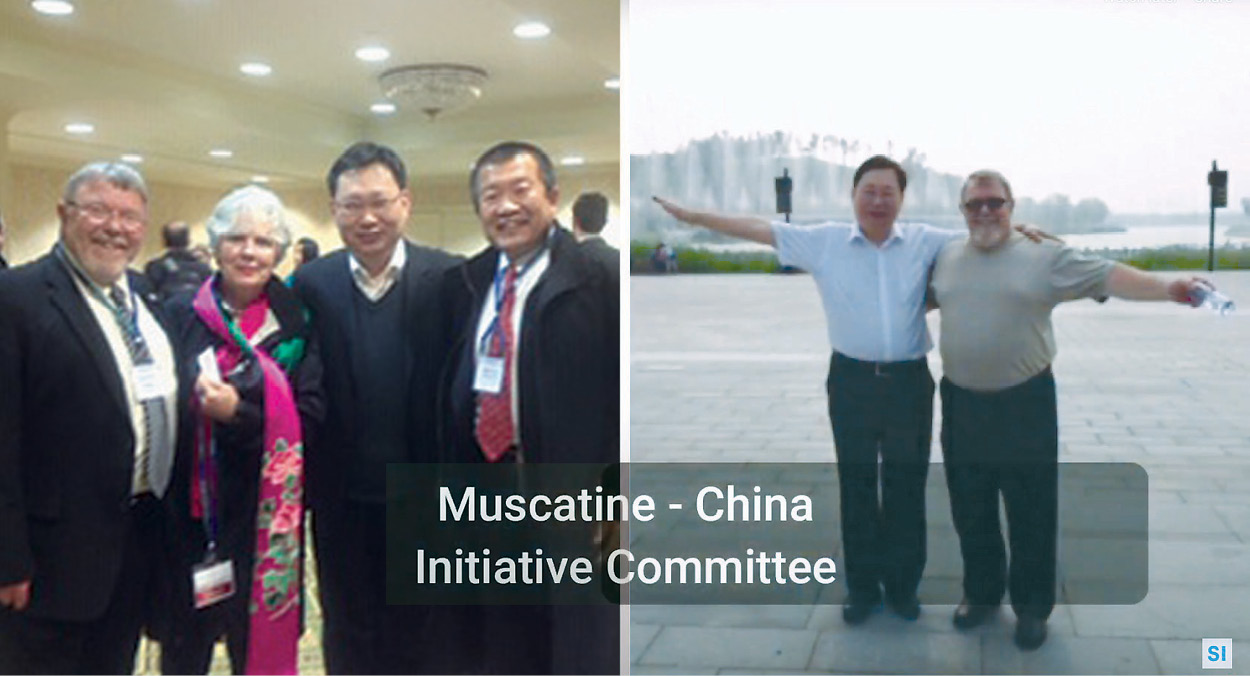 But a short time after returning to China, Xi Jinping suggested via email to Sarah Lande, that we engage a community in China about having a sister city relationship. So, that’s what started the wheels churning for that adventure. That city in China became Zhending. The rest is kind of history. I went to China and visited with the folks in Zhending; their mayor, Mayor Yang, came to Muscatine and visited with our folks. We sat down and signed a letter of intent to become sister cities. So, that’s kind of how that went. As time went on, Xi Jinping became the President of the People’s Republic of China, and Sarah Lande is still in Muscatine, and they stay in contact every now and then. But it’s a relationship that started I will say that we have moved hopefully into the future, and we now have in our high school four years of Mandarin language. We also have an orchestra that is fairly well-versed in the usage of Chinese instruments, which as you may know, are all stringed instruments. They have sent us some of these instruments, and we’ve learned to play them. And of course, every year here in Muscatine is a concert put on by an orchestra either from Beijing or from Shanghai. I believe we’ve done four of those already. And when we’re done with this pandemic coronavirus, I look for more of those kinds of events to be scheduled. 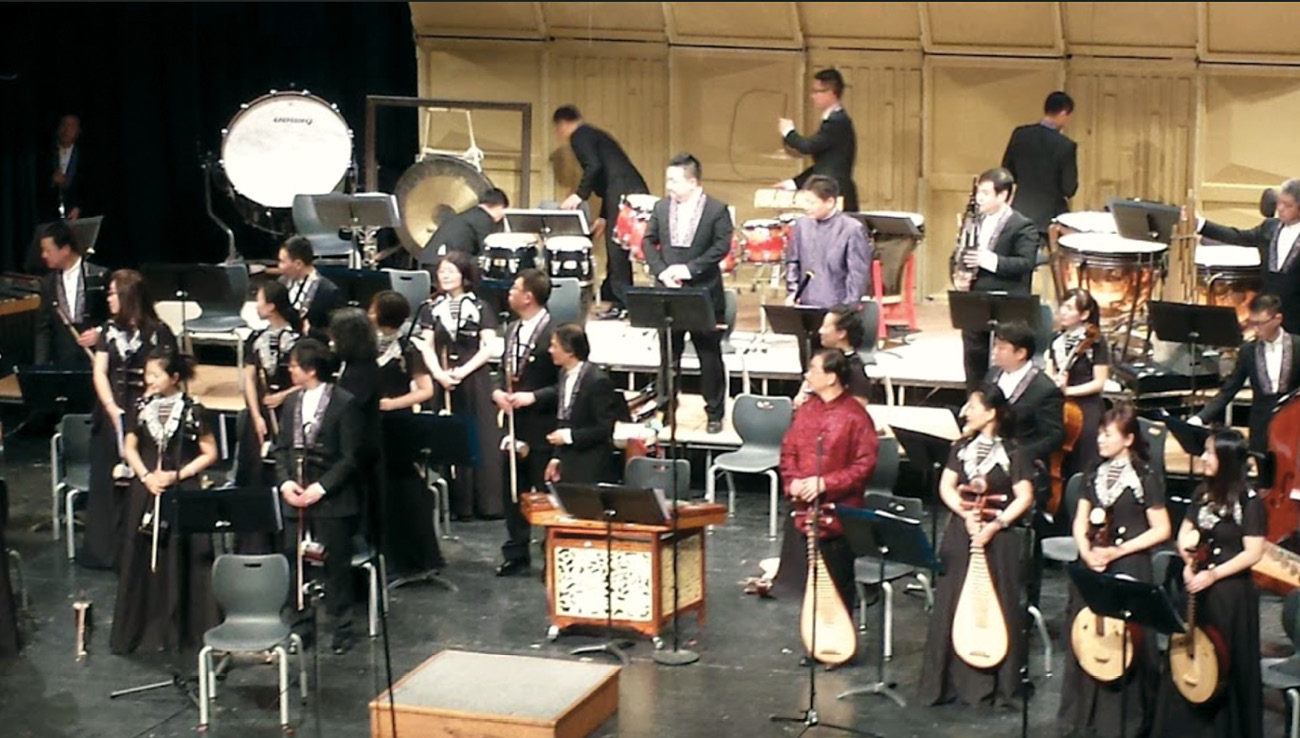 I’d like to talk a little bit about the Chinese orchestras that visit Muscatine. As I said, there have been four of them; they’re all from Beijing or Shanghai. Not one of them has been here twice, so that’s just another element to the relationship that we have with the People’s Republic of China. They’re outstanding musicians, and they communicate with those in attendance at their concerts very well. So, it’s a pleasure to have them here, it’s a pleasure to know that they’ll be coming in the future, and we enjoy having them very much.

I guess what I’m saying to you is, we’re a small community, and we have a friendly relationship with the People’s Republic of China. That isn’t going to change, and we really don’t care a lot about what they do in Washington, D.C., or what they do in Los Angeles, California. We have a relationship with the People’s Republic of China. They’re great people; they have a good sense of humor, and I wouldn’t mind having one of them as a neighbor.