A Personal Recollection of Economic Assistance in Africa 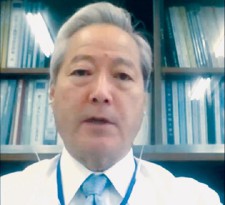 Mr. Kotegawa is a Research Director at the Canon Institute, and former Executive Director for Japan at the International Monetary Fund. He gave this presentation to the Schiller Institute International Conference, on June 27, 2020, “Will Humanity Prosper, or Perish? The Future Demands a Four-Power Summit Now,” on Panel 1: “Instead of Geopolitics: The Principles of Statecraft.” This is an edited transcript of that speech.

In the mid-1980s, when I worked as a staff member of the World Bank, I had an opportunity to complain about the slow development of African countries despite a large amount of aid to Africa, to a British and a French staff, both of whom had devoted their lives to economic development in Africa. Their answer was amazing:

Mr. Kotegawa. It is wrong to expect fast economic growth in Africa which can be compared to those in Asia and Japan. Because Africa is trying to achieve what humanity has done in 2,000 years within 100 years.

Japan’s Attempt to Create a ‘Japan in Africa’

When I returned to Japan in 1987, I became the budget examiner in the Ministry of Finance, in charge of the budget for foreign economic assistance. We reviewed Japan’s basic policies regarding economic assistance to Africa, and we started to try to create a country that would become a model for development in Africa, that is, a “Japan” in Africa. I was convinced that it was very important to create a Japan in Africa, because at my days at the World Bank, I realized that Asian countries found Japan as their model and hope, having come to believe that Asian countries could reach the level of Western countries if they work diligently like the Japanese.

The first step was to select the target country. The target country had to have a moderate economic scale, but small enough not to have internal contention such as tribal conflict. We chose Ghana, Cameroon, and Malawi. As for Ghana, the young and clean leader Jerry Rawlings was also a major factor. We poured all three kinds of economic aid into these three countries: concessional loans with a focus on the construction of economic infrastructure, grants focused on construction of social infrastructure in the medical and educational sector, and technical assistance with the aim of technology transfer through dispatching experts and inviting trainees.

A backlash from the former colonial powers was expected, and Japan, which had historically little relationship with African countries, lacked the know-how to build aid projects there. So, we made an arrangement with Crown Agents, a British aid agency, for consulting on our projects in Africa. As a result, about one-third of Ghana’s total annual income in the early 1990s came from Japan. Ghana, in particular, achieved great economic growth, and if we had continued to do so, a “Japan” in Africa could have been realized in the 1990s.

However, having watched the success of such Japanese aid, the British and French began to be vigilant. Ms. Édith Cresson, who became French prime minister in 1991, made remarks such as, “Japanese are yellow ants,” and “The Japanese are enemies and are plotting to conquer the world without obeying the rules,” and repeated such remarks as “Japanese economic assistance is Jurassic.”

Against such criticism, Japan was forced to review its aid policy and had to reduce aid to Africa before Ghana became a Japan in Africa. Since then, proposals for UN Millennium 2000 targets, including the debt relief, which mainly targeted Japan’s yen loans, have been drafted mainly by the U.K., and Japan’s presence in the world of economic assistance has gradually been lost.. I think that there is a fundamental difference between the Western concept of economic assistance and that of Japan. The underlying idea of Western aid is that of charity. This leads to the emphasis on “humanitarian aid,” and the idea of the possible economic independence of the recipient country is rare.

The basic idea of Japan’s aid, however, is the recipient country’s economic growth and independence. This is the idea that flows from the roots of modern Japan since the Meiji Restoration, which marks the intents of Japan to catch up with and overtake the West, having witnessed the plight of Asian colonies under imperialism.

One day, a Japanese journalist came to me and started to criticize Japan’s aid policy. His argument was not original; it echoed the well-known Western criticism of Japan. For example, he said that Japan had built hospitals in developing countries, but only some wealthy people in those countries can use such hospitals, not the general public, which is impoverished; that Japan was building telephone networks in developing countries where most people do not have telephones; and that Japan has built international airports in capital cities in order to advertise its aid, but that these airports do not benefit at all the general public in the developing countries who have no chance of going abroad. He gave the Philippines as an example, claiming that it is wrong that Japan has built a hospital for the rich in Manila. Sweden built apartments for the poor in the slums of Manila.

I asked him, “By the way, what would you be most worried about if you were asked by your company tomorrow to go to Manila next week?” He replied, “Whether I can call up Tokyo smoothly, whether the airport there is fine, and whether there is a proper hospital.” So, I told him, “What you said is exactly what foreign companies which make investment in the Philippines are concerned about. If there are no problems on such matters, overseas companies will build factories in the Philippines in search of cheap labor and hire people with low wages with minimal education. In this way, employment increases, and the gap between the rich and the poor decreases.

I have visited the Smokey Mountain in Manila, which is the core of a slum where Sweden built apartments. The place is a garbage dump, and residents sleep on benches on this pile of garbage and they protect themselves from rain by roofs made by tablecloths. It stinks very badly. People living there dig out what can be used from the pile of garbage and sell it in the city. The apartments built by Sweden became a slum in less than six months, because its residents don’t have regular employment, no income. It is not possible to maintain the apartments, no matter how splendid the dwelling.

Japan’s aid helps companies increase employment by building economic infrastructure such as railways, ports, airports, roads, power plants, and telecommunication networks with yen loans, creating preconditions for overseas companies to enter the country, and help provide facilities for basic education as a social infrastructure. Gradually, technology will be transferred from the foreign companies to the local companies, and industries will grow in the developing country.

Just as we were providing economic assistance to various Asian countries with this way of thinking, the value of the yen doubled as a result of the Plaza Accord, and the relocation of factories to Asia began by Japanese companies that were no longer able to stand up to labor costs in Japan. The relocation began in Malaysia, where politics were stable and the power generation capacity built by yen loans was firm, and proceeded to Thailand, Indonesia, and China, and the so-called geese-type economic growth started in Asia. This steady economic development continued until the Asian economic crisis of the late 1990s.

I advocated joining the Belt and Road Initiative as proposed by China, to my Japanese colleagues, especially when China proposed the establishment of the Asian Infrastructure Investment Bank, and also with the United States, because I thought cooperation among these three countries would be the best mix to build up economic infrastructure in the developing countries. In my view, the Chinese have a shortfall in their capacity to build up the new projects, which is actually a major part of the advantage for Japanese bankers as well as American bankers.

So, the United States and Japan can draw up a kind of blueprint for economic development, and China should be in charge of financing and also actual construction of those projects. And after the completion of those projects, Japan would like to take the lead in the maintenance and rehabilitation of those completed projects, if they are needed, because this is the kind of area in which Japanese companies are quite good.

I believe this is the best way of collaborating, for these three countries for the future of this globe.