Lyndon LaRouche Must Be Exonerated Now! 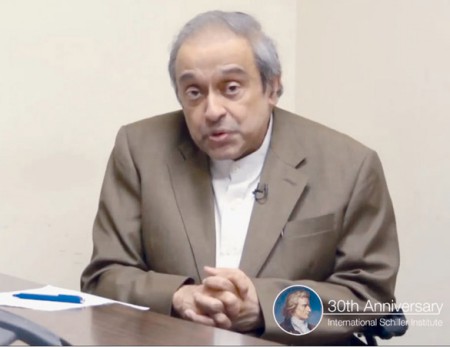 Dr. Chandra Muzaffar, a political scientist, Islamic scholar, and activist from Malaysia, sent this message on June 26 to the Schiller Institute. He is the President of the International Movement for a Just World (JUST).

Once again I plead for the exoneration of the late Lyndon LaRouche, Jr. His incarceration was unjust. His punishment was vicious. One hopes that Donald Trump will, through a presidential order, rescind and repudiate the injustice done to an American patriot who sought to restore some of the founding ideals of the United States of America, so that it would contribute substantially to the greater well-being of the entire human family.

As we seek Lyndon LaRouche’s exoneration, we should reiterate the relevance and the significance of some of his creative, dynamic ideas. At a time when millions of Americans and people all over the world are without jobs, we must remember that he was a passionate advocate of creating millions of productive jobs in the food sector, in health care, infrastructure development and capital goods. He was a principled critic of the monetarist, speculative, anti-human capitalistic economy that had taken over the U.S. and the world. Imperialistic British elites, Lyn argued constantly, were behind this parasitic system.

His advocacy of global infrastructure development in the nineteen nineties—of roads and bridges and physical linkages—grew out of this commitment to productive domestic economies. In a sense, his global vision found expression in China’s Belt Road Initiative (BRI). BRI, as the greatest infrastructure project to have emerged in recent decades, has not only the potential to transform the physical world, but also the ability to improve the standard of living of millions and millions of people on the planet.

For championing the well-being of the people, LaRouche should be regaled, not reviled.