The Challenge of July Fourth 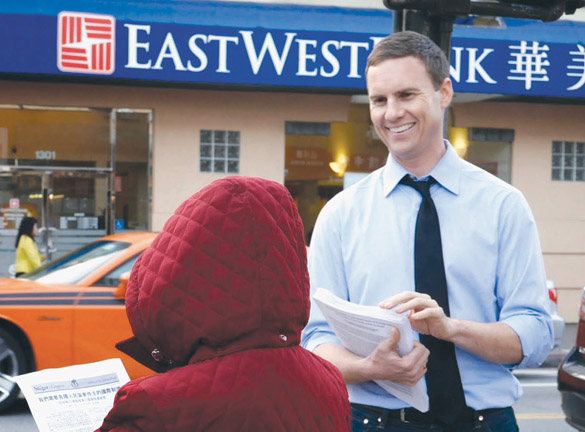 These are the edited remarks delivered by Mr. Steger to the LaRouche PAC Fireside Chat discussion of Thursday, July 2, 2020. Subheads and embedded links have been added.

To move people, it is necessary to destroy their faith in the permanence of the old order, by demonstrating that we represent a force in motion which is overthrowing at least some of the old “laws of the universe” and impose “new laws” upon social relations and nature.—

The old order is now clearly dying. You can watch daily as general hysterics are presented by various self-appointed leaders, as they cling to some nostalgic sense of “the way things were.” The putrid smell of such nostalgia reeks from every corner, as an increasing majority of people in every nation face the very real repercussions of the current, failed system of human and economic culture. As Lyn [LaRouche] would often say, the time has come to change the diapers.

This presents us with two challenges: to identify the root of the current dying system, so we can effectively eradicate it—rather than proffer the perverse adaptations of one hell over another, as would a dealer to its “constituency” of addicts; and to provide an efficient means, with an emphasis on the method itself, of replacing the dying system with a viable system for the human race.

It is this challenge which has been the specific challenge of the Republic of the United States of America since even before its actual founding. This is for two reasons:

The very antagonist of our Revolution has effectively remained the global antagonist against the principles of that Revolution and its Republic to the current day, albeit with various incarnations. This British Empire is no longer simply a territorial system of control; much more so, it is a cultural and mental system of control, “a battle for the mind,” and for that reason, it has been able to prevent its own rejection and eradication. If it were not for Lyndon LaRouche and this movement, the ability today to eradicate this scourge would not be possible.

One might say the British Empire is the insidious intelligence operation against President Trump, the ongoing coup. We could point to the mainstream media’s propaganda machine, the constant din of inevitable dystopia. The perpetual war machine and military complex. The two-headed Hydra of so-called political parties. The Wall Street-London global financial racket. The corporate cartels in food, energy, education, medicine, and construction. The drug and terrorist trade. Child trafficking. The green genocide movement. All of this and more, and it’s all accurate. But would one recognize the British control in the second law of thermodynamics? Or in the loss of artistic principles in scientific discourse?

The Power of the American Presidency

Yet, perhaps even more obvious and thus more devious, is the destruction of the powers of the American Presidency. “But,” says the young anti-war activist or disillusioned baby-boomer, “the Presidency is the basis of dictatorship! Look at Bush and Obama, the Congress must be stronger to restrict their power and end their crimes!”

Lost upon the great majority of the American people, is that the American Presidency was a strategic and scientific breakthrough resulting from the most advanced period of cultural and scientific development in western civilization. Rather than being an institution rife with corruption, instead, it captures the very essence, in principle, of what LaRouche defined as the highest science of physical economy, that is, it is endowed with both the power to act upon the scientific principle of infinite potential for human growth, whether on this planet or beyond and in utter contrast with the failed second law of entropy, but also, the Presidency has been provided the artistic power through the broad consent of the American people as a whole, to create and build the future, much as Beethoven composed the future of our passions and discoveries.

It has been the British Empire’s intention to destroy the American Presidency since Washington first held the office. Were it not for the work of Hamilton, Jay, Morris, among others, such an institution would never have been created. Washington himself was personally assailed, as was Hamilton, as a tyrant by the then Jacobin mobs of Jefferson’s Democratic Party.

However, great sacrifices for such an institution were made going back 170 years prior to Washington’s Presidency, first with the Pilgrims in 1620, and then with John Winthrop’s independent Massachusetts Bay Colony in 1630. One could even say such an institution was the dying wish of Italian Renaissance leader Nicholas of Cusa in 1464.

On this Fourth of July weekend, and in honor of Cusa and all those who came before us, we should mark the 400th anniversary of the continuous development of a new kind of society. It has been a long-fought war for the right to develop, grow, prosper, and create, and to defend and empower such an institution.

After Washington, it was Lincoln who again recaptured the powers of the Presidency. At that time the British-sponsored traitors preferred public and outright dissolution of the nation, but only after their assassination plot failed prior to inauguration. Let us not forget, so did the so-called liberals in the North, like Abolitionists allied with William Lloyd Garrison, who would rather accept a slave South, as long as they could have their vacuous public moral virtues, than fight for true freedom.

Yet, beloved Lincoln brought to bear the highest artistic powers of the Presidency, and for this, he never can—nor will—be forgotten. Consider that in such a short time, barely five years, never before in the history of our Solar System, let alone our nation, has such a geological force been waged upon the surface of the Earth, than with the life of Abraham Lincoln combined with the powers of the American Presidency.

This was again captured by Franklin Roosevelt, as he not only pulled the nation out of the depths of the depression, but then also fought a world war across two oceans to end the era of colonialism, and open the era of global development.

It was for this reason that British Prime Minister Boris Johnson’s recent statements stand out in stark contrast to the depraved political discourse of our own nation’s propagandists. FDR’s role in building a new nation, and rescuing the world from fascism, has been, in our nation, over the last three decades, turned into a promotion of Green genocide rhetoric at worst, and liberal welfare programs at best, and his role in World War II is perpetually overshadowed by obsequious references to the intoxicated British imperialist Winston Churchill. See Putin’s latest article for more details on the true history and cause of World War II.

This past Tuesday, Conservative Prime Minister Johnson, in a speech titled “Build Build Build,” had the courage and intelligence to call for an FDR New Deal approach to address the growing economic crisis wrought by both the pandemic plus years of ineptitude. It is not necessary to parse whether Johnson will fulfill such an ambition, rather it is more important that such an ambition with such historical importance has finally been invoked, and ironically from such an unlikely location.

As we face an unprecedented global economic challenge, with decades of disregard for basic investments, combined with the British-sponsored cultural insanity, and now the pandemic, it is clear today that President Trump can also regain the powerful role of the American Presidency, as FDR had done facing the unprecedented crisis of his time.

If Trump were to capture the true spirit of the American Presidency, as Washington, Lincoln and FDR had also, then our nation, and much of the world, will prevail against the British system of war, famine, plague and corruption, let alone against the bureaucracy and political class’s petulant resistance, but only by appealing to the true and higher interests of the American People.

The Immortal Legacy of Lyndon LaRouche

Thus is the immortal legacy of Lyndon LaRouche. It was LaRouche who personally carried the true powers of the American Presidency, as he saw it with FDR, and kept alive this precious idea throughout the tumultuous second half of the twentieth century. His mission to revive the true Presidency was nearly threatened with success with President Reagan, but as with many other potentially great Presidents, Reagan was nearly killed just three months into his first term in office. Clinton showed promising signs, but ultimately failed, and the last 30 years have been perhaps the most psychotic in modern history, not the least of which began with LaRouche’s unjust incarceration in 1989, under George Bush Sr. and Robert Mueller.

Since then, Bush and Obama, in the wake of the 9/11 attacks, were complicit in the near total destruction of the powers of the American Presidency, and in so doing, threatened the very extinction of mankind. In their wake, we have been left with a bloodthirsty bureaucracy, hell bent on an absolute power to kill, surveil, starve, and squander until there is nothing left, and which rejects the voices of the American people as illegitimate inconveniences.

It is for this reason that today the American people play the most decisive role in world history. The election of what some call Joe Biden would present us with the threat of the immediate near-term extermination of the human race within days of his election, let alone inauguration. We will have ultimately empowered the most evil expression of the Anglo-Dutch liberal system in its 300 years of existence, a system of bureaucracy hell-bent on a massive police and surveillance state, green genocide through a bankers’ dictatorship, and a war with Russia and China if they refuse to comply, that could leave only pity for the survivors in its wake.

It is not however only an American question. The role of FDR and the American Presidency in shaping the current era, largely through the efforts of LaRouche and his wife Helga, and our movement, is today clearly manifest, as it was with Lincoln in the 19th Century upon such nations as Germany, Russia, and Japan then.

In the 1990s, the Russian Presidency was in its first incarnation, unstable, and facing its near destruction. Again, it was Lyndon LaRouche, literally only months after being released from prison in 1994, who in dialogue with leading Russian scientists such as Pobisk Kuznetsov, participated in meetings of the “Prezident” program, initiated by his friend Kuznetsov. Is it then surprising that President Putin would, throughout his two decades of leadership, often come to celebrate the role of FDR as a true model of the Presidency, a manifestation of the higher scientific and artistic principle of physical economy and statecraft?

We can see similar influences upon the Presidency of China, and Xi Jinping’s own unique quality of capturing the hearts and minds of the Chinese people with a mission of both national success as well as global development.

References could be made to LaRouche’s work in India, Argentina, Mexico, Italy, and Malaysia, among many others.

Yet today, he would expect all of us, at this historic juncture, to find a means of uplifting our fellow Americans, and people globally, above that constant din of inevitable dystopia, and into the higher domain of scientific principle from which such evolutionary transformations of a people, empowered through the higher institution of the Presidency, are ultimately accomplished.

So, let us have some discussion and deliberations, and then let us get to work!

For the full text of President Trump’s July 3 speech at Mt. Rushmore, see https://www.whitehouse.gov/briefings-statements/remarks-president-trump-south-dakotas-2020-mount-rushmore-fireworks-celebration-keystone-south-dakota/ and for a video of that speech see https://www.youtube.com/watch?v=mXD4zPY4Ai0