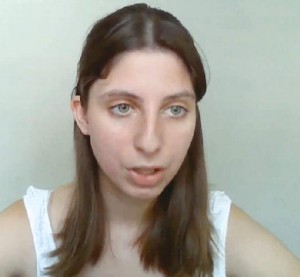 This is the edited transcript of the presentation Ms. Brobjerg gave to the Schiller Institute International Conference, on June 27, 2020, “Will Humanity Prosper, or Perish? The Future Demands a Four-Power Summit Now,” on Panel 3: “The Job of Youth.”

I will begin with a quote from the great Russian-Ukrainian biogeochemist, Vladimir Vernadsky:

The noösphere is a new geological phenomenon on our planet. In it, for the first time, man becomes a large-scale geological force. He can, and must, rebuild the province of his life by his work and thought, rebuild it radically in comparison with the past. Wider and wider creative possibilities open before him.

Now, what will your role be in the shaping of future geological phenomena? How will future geologists see the irrefutable trace of your life in their geological studies? Will the soil reveal only your biological remnants? Or a large-scale noëtic geological force?

Vernadsky revolutionized the study of the nature of life. Looking into the chemical composition of soil, he observed that all organisms create a whirlpool of atoms passing through the body by way of respiration, metabolic activity and reproduction. This process tends toward manifesting itself to the highest degree. Furthermore, the evolution of species has a directionality which is not random, but which increases this biogenic migration of atoms. Looking at the build-up of fossils and life in the ocean, he recognized a steady increase over geological time of biomass, fleshiness, metabolic activity, energetic lifestyle (such as predation and swimming), and increase in food supply. Let’s discuss a few examples of this.

Four hundred million years ago the sponge class Sclerospongiae was dominating. Afterwards they declined and the classes Demospongiae and Hexactinellida took over dominance. The living tissue of the old class was confined to a thin veneer outside a 2-dimensional skeleton, whereas the new classes had developed erect, interlocked 3-dimensional skeletal structures, which enabled them to inhabit areas with strong currents, utilizing the waterflow for nutrition, thereby increasing their biogenic migration of atoms.

At the same time, the dominating corals were of the orders Tabulata and Rugosa. After they went extinct, Scleractinia took over. Whereas the old orders were barely able to attach themselves to the substrate, making them vulnerable to disruptions, Scleractinia, through its ability to cement itself to the substrate and build large colonies, could sustain communities that were able to survive even severe storms. Such communities underwent symbiosis with microorganisms that enabled them to inhabit low-nutrition environments.

Then, 240 million years ago, the only orders of Articulata, a class of brachiopods, that did not go extinct, were those that developed strong pedicles, enabling them to optimize their position in currents, and those that developed their feeding system to filter through more water for nutrition and prevent the influx of indigestible particles. At the same time, the dramatic increase of the diversity of Bivalvia, a class of mollusks, was due to the development of full mantle fusion and siphons, which enabled it to burrow more efficiently and thereby invade new eco-spaces.

These are examples of the directionality of life toward maximum manifestation and evolution directed through the increase of the biogenic migration of atoms in the biosphere.

Now, the noösphere, the domain of the mind, is able to direct this increase through cognition rather than biology. In Vernadsky’s words, since the appearance of civilized humanity tens of thousands of years ago, “the face of the Earth transforms itself and virgin nature disappears.” Our thoughts are able to change the chemical composition of the universe like no other species, and over short timespans, through exceptional individual contributions.

Shall your life, then, be reflected mainly through the biosphere or the noösphere? Do you choose to become a large-scale geological force?

What would Shakespeare say?

Be not self-willed, for thou art much too fair

To be death’s conquest and make worms thine heir.