This Week in the Coup d’État:A Turning Point?

July 10—Fake poll, after fake poll, after fake poll, sampling mostly Democrats, shows the senile Joe Biden leading President Donald Trump. The claims of Trump’s doom and defeat were the mainstream media’s major narrative this week as the nation struggled with COVID-19 spikes. This is aimed solely at demoralizing Trump supporters and creating a sense of inevitability about the election and about the Jacobin revolution now being conducted by Wall Street and large multinational corporations, together with Silicon Valley, and other members of the national security state. Most targeted, momentarily, are the weak reeds in the U.S. Senate, the Administration, and the Republican Party establishment who have supported Trump only because they fear their own electorate.

But the enemy is actually very weak, if you think about the situation. Picture New York Mayor Bill de Blasio, joined by former FBI informant Al Sharpton, painting Black Lives Matter on Fifth Avenue in front of Trump Tower in New York City, as hundreds of New York City police officers submit their resignations, with the inevitable results which will follow. The furies of the nameless murdered, in Chicago, Baltimore, Philadelphia, Atlanta, Seattle, and New York and other cities are gathering.

Percy Bysshe Shelley wrote about our present moment in his poem, The Mask of Anarchy. Here is how he described it:

On a white horse, splashed with blood;

He was pale even to the lips,

And he wore a kingly crown;

And in his grasp a sceptre shone;

On his brow this mark I saw—

With that context, let’s review the coup’s main events of the past week. 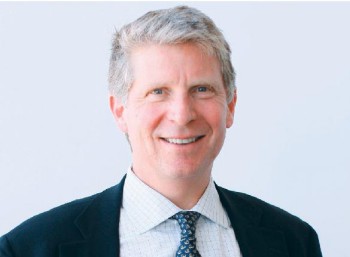 On July 9, the U.S. Supreme Court, ruling 7-2, closed their eyes to the obvious, and said that New York City’s RESIST District Attorney, Cy Vance, Jr., can get his hands on seven years of the President’s tax returns. The sole purpose of this exercise, as everyone knows, is to fuel more smears of the President, although Vance claims that he is conducting a New York County Grand Jury investigation. It is widely reported that the so-called Grand Jury centers on whether Donald Trump, as a private citizen, made hush money payments to Stormy Daniels and other women with whom he allegedly had sexual encounters.

A federal investigation of the same nonsense has already closed down while the chief purveyors of this crap, Michael Avenatti and Michael Cohen languish under house arrest or in prison for fraud. It is not expected that the records Vance subpoenaed will be formally released before the election, as the Supreme Court remanded the case to the lower federal court where more litigation will take place.

The same day, the Supreme Court, also ruling 7-2, said that the President was not immune from four absolutely abusive subpoenas from three House Committees seeking ten years of financial records from the President, every member of his family, and all of his businesses. House Speaker Nancy Pelosi’s minions justified this fishing expedition by claiming that Congress needed these records to investigate loopholes in present legislation concerning “money laundering,” “terrorism,” and “foreign interference in elections.”

Here again, the Supreme Court majority studiously avoided the actual issue before them: the targeting of the President for a roving inquisition by a Congress bent on illegally removing him from office. Here, also, the Supreme Court sent the case back to the lower federal court with the instruction that “separation of powers” concerns should be kept in mind. Again, it appears that these records will not see the light of day until after the election but the willful blindness and evil countenanced by the majority of the highest court in the land and the legal pettifoggery used to justify it, are disgusting. 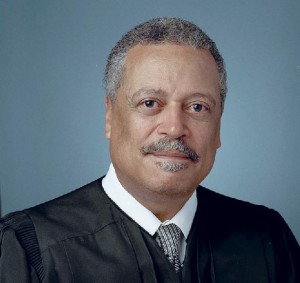 Emmet G. Sullivan, a District Judge of the U.S. District Court for the District of Columbia.

On July 9, U.S. District Judge Emmet Sullivan filed a request for a hearing by the entire U.S. Court of Appeals for the District of Columbia, after an appeals panel of the same court, by a vote of 2-1, ordered Sullivan to dismiss Lt. General Michael Flynn’s criminal prosecution. Split decisions by appeals court panels can result in hearings before the full appeals court if the whole court votes to hear the case en banc. The Justice Department had moved to dismiss Flynn’s prosecution which, normally, would have ended the case. Instead, Judge Sullivan, who clearly hates both Trump and Flynn, is staging a bizarre RESIST side-show and refusing to dismiss the case.

The DOJ motion to dismiss the Flynn charges followed a shocking round of disclosures of exculpatory evidence discovered only when Attorney General William Barr ordered an independent review of the Flynn prosecution file by U.S. Attorney Jeff Jensen in St. Louis. That evidence, underlining Flynn’s innocence, had never been disclosed to the defense. Further, the actual transcripts of calls between Flynn and Russian Ambassador Sergey Kislyak during the transition were declassified. These transcripts are at the heart of the entire Flynn faux scandal and his firing, and reveal that nothing whatsoever untoward or illegal had occurred.

The developments in the case make it abundantly clear that Flynn was framed because he knew where the dirty secrets were buried within the national security state and had vowed to reorganize the completely rogue and privatized U.S. intelligence apparatus. As importantly, notes from former FBI counterintelligence leader Peter Strzok and others, make clear that a January 5, 2017 meeting in the Oval Office involving President Obama, Joe Biden, Susan Rice, and James Comey, planned and orchestrated Flynn’s demise. 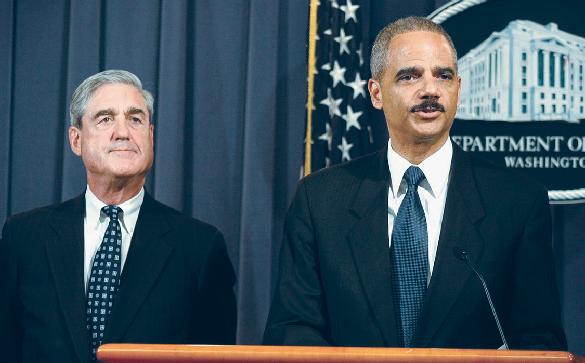 Judge Sullivan is a crony of former Obama Attorney General Eric Holder. Flynn pled guilty as the result of a program of legal and financial torture, including threats to jail his son, conducted under former Special Counsel Robert Mueller. Flynn was forced to sell his house to pay the millions of legal fees charged by his former lawyers, Covington and Burling, where none other than Eric Holder is a name partner. Despite a DOJ recommendation of probation as a sentence, Judge Sullivan took to the bench at the original sentencing hearing and declared Flynn a traitor to the U.S. who had sold out his country, offering him further cooperation with the government as the only means to avoid jail. 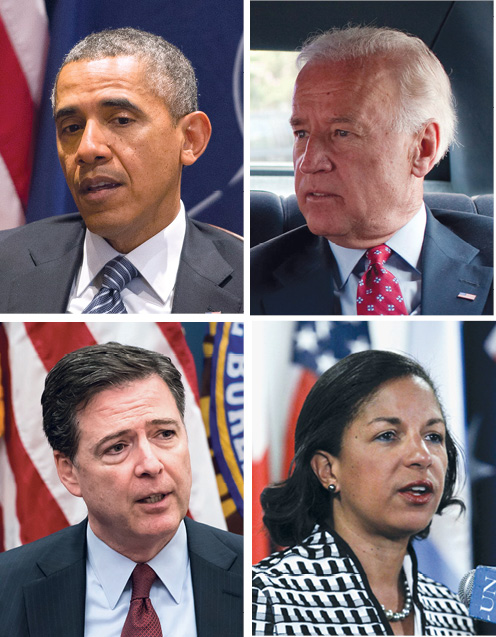 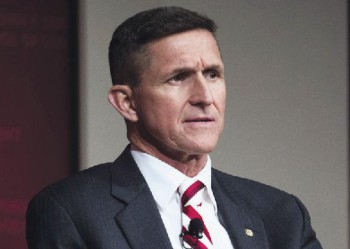 Despite a record before him now demonstrating Flynn’s innocence, something a defendant should never have to prove, Sullivan greeted the DOJ’s motion to dismiss by appointing his own counsel, a self-identified, published member of RESIST, retired U.S. District Judge John Gleeson, to search out whether the prosecutors’ motion to dismiss was proper, or improperly influenced by Attorney General Barr, and to advise whether or not Judge Sullivan should bring perjury charges against Flynn because he withdrew his guilty plea. The panel of the Court of Appeals found that Judge Sullivan’s conduct violated the Constitution’s separation of powers.

Roger Stone’s attorneys have also filed an emergency motion with the same Court of Appeals to stay his report to federal prison in Jessup, Georgia. Stone, who suffers from maladies that predispose him to COVID-19, has been ordered to report to prison by July 14 by Amy Berman Jackson, a United States District Judge for the District of Columbia. 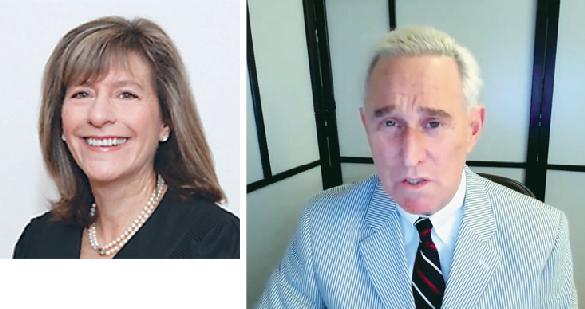 Jackson, like Sullivan, flaunts her RESIST sentiments on every occasion. She handled one of Paul Manafort’s indictments and put him in solitary confinement pre-trial in that case. She imposed a gag order on Stone which prevented him from publicly arguing his innocence. She denied a motion for a new trial after the forewoman of Stone’s jury was discovered to be a RESIST partisan and a lawyer, who knew how to get herself on Stone’s jury. Judge Jackson continues to lambast Stone for “witness tampering” based on what Stone and the “witness,” Randy Credico, both describe as typical late-night trash talk between the two.

Despite no Justice Department opposition to postponing Stone’s surrender until September, Jackson gave him only two extra weeks in her June 26 decision on Stone’s surrender postponement request. Her decision, fairly dripping with animus, also placed Stone under house arrest in the interim. In a press availability on July 10, President Trump said he was looking at commuting Stone’s sentence or pardoning him.

And in London, the Empire’sFall Guy Is Fined for His Lies

Across the pond, as they say, in London, on July 8, a British court did do some justice by fining Christopher Steele’s spy firm, Orbis, for lies told in the dirty dossier Steele authored for MI6, the FBI, and imperial interests more generally, against Donald Trump and Vladimir Putin. Justice Mark Warby ruled in a defamation case brought by Russian billionaires Petr Aven and Mikhail Fridman that Steele’s claims that the pair delivered “large amounts of illicit cash to Mr. Putin” and continued to do favors for him, were outright deliberate lies. Justice Warby ordered Orbis to pay $23,000 each in damages to Aven and Fridman. As most know, Steele’s lying fabrications were referred to as the “Crown Materials” by the FBI and were the framework for the entire Russiagate hoax conducted through the intelligence community and the Democratic Party in the United States.

Justice? Whither Durham and Indictments?

Washington is rife with rumors concerning the John Durham investigation and whether it will ever see the light of day. Some say Durham will issue indictments of some type around Labor Day. Others say that the investigation has been delayed because of COVID-19 and Deep State political pressures and will be kicked down the road until after the election. One of the problems of course, is that the aforementioned U.S. District Court for the District of Columbia, enemy territory, is the likely venue for any prosecutions. If Biden wins, of course, Durham’s investigation will be forever buried.

As of July 10, the D.C. pundit class who claim to be on the President’s side are already discounting for a post-election Durham Deep Six, saying, “No matter, it has already been proven.” The President, for his part, is kicking Senator Lindsey Graham who promised public investigations through the Senate Judiciary Committee as a major effort against the coup, but has delivered nothing but happy talk. Other Trump allies are recommending that Durham should do a report on his investigation, heavy with evidence, and not worry about putting people in jail before the election.

Lindsey Graham has been dragging his feet. If you are in South Carolina, where the Democratic Jacobins have mobilized to defeat Graham in his re-election race in November, you should be kicking Lindsay in the butt, demanding he take action to save the Republic. More generally, there needs to be an uproar from the population generally. The people who are attempting to overturn our Constitution and have been running an insurrection for three-and-one-half years cannot walk free. That is what is at stake in this election. Tell your representative or Senator that ending the coup will determine your vote. The people who put this country through a seditious coup must be punished and jailed. Otherwise, the Empire prevails.

We close by returning to our favorite poet, Percy Bysshe Shelley, and his immortal poetic sketch as to how anarchy is defeated, always, when the population realizes its own power.

“And these words shall then become

Ringing through each heart and brain,

Which in sleep had fallen on you—

Ye are many—they are few.”

The full poem, The Mask of Anarchy, can be found here.