Areej AtefYouth of the World Face Two World Systems:The Old and the New 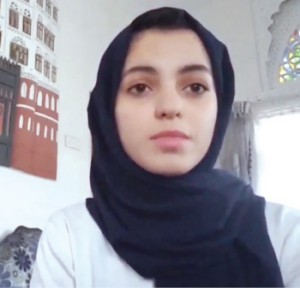 Areej Atef is the Vice President of the Education Committee of the BRICS Youth Parliament, in Sana’a, Yemen. She gave this presentation to the Schiller Institute International Conference, on June 27, 2020, “Will Humanity Prosper, or Perish? The Future Demands a Four-Power Summit Now,” on Panel 3: “The Job of Youth.” This is an edited transcript of her pre-recorded video remarks.

Thank you for giving me the opportunity to talk with you about the youth at the present time and the future. I’m the Vice President of the Education Committee in the BRICS Youth Parliament. The experience we got in the BRICS Youth Parliament has given us the ability to see two world systems: the old, and the new. All the things with available knowledge of the LaRouche “5 Keys” to advance the BRICS countries and its definition has reached Yemen, in English language and Arabic.

As I’m responsible for health education in the BRICS Youth Parliament, I trust that all youth of both genders have the will to face the war on policy-viruses, like they’re able to face deadly viruses. And this through the right health education, which is built on physical economy, which we have learned from the late Lyndon LaRouche.

As for the beauty of Yemen: The civilization of Yemen has a fragrant aroma. This civilization is the identity that triggered the report of the “Happy Economic Miracle,” because of the pairing of the old frankincense trade and the New Silk Road. It is a model report, and all countries should pursue its rules [a reference to the Arabic-language report, “Operation Felix: The Miracle of Yemen’s Reconstruction and Connection to the New Silk Road,” a joint effort of the Schiller Institute, the Yemeni General Investment Authority, and Swedhydro Consulting (Sweden)].

Finally, I would like to share with you that on the coming Tuesday [June 30] we will be celebrating World Parliament Day. The world has been celebrating this day since 2018, so there they can encourage the development in the parliamentary work. So, if the world is going to celebrate this day, let the siege in Yemen be lifted, so we can achieve Sustainable Development Goals nationally, and internationally.