The Fight of Freedom over Empire

A review of The Persians by Aeschylus, produced by the National Theater of Greece, July 25, 2020, directed by Dimitris Lignadis. 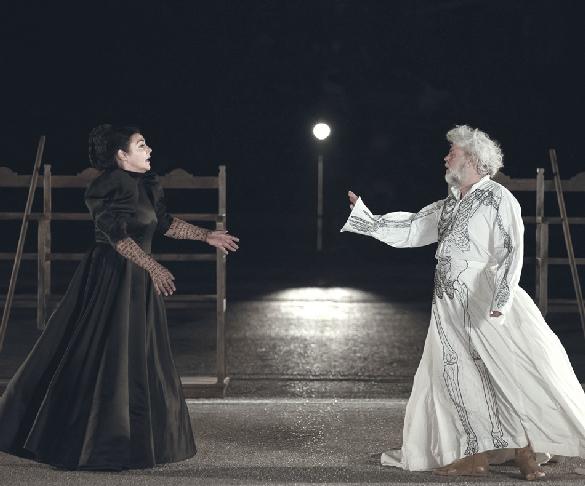 National Theatre of Greece
Queen Atossa and the ghost of her deceased husband Darius, in a scene from Aeschylus’s play The Persians.

July 31—In these times in which pandemic and potential geopolitical wars present us with personal challenges, an important international event took place on the evening of July 25 in the famous, ancient theater of Epidaurus, in the Peloponnese, Greece. For the first time ever, a performance of Aeschylus’ The Persians was live-streamed on the worldwide web and available to an audience comprising the entire planet, giving everyone the opportunity to witness this powerful performance of the famous tragedy depicting the fight between freedom and empire. This author had the amazing opportunity to view the livestream of this event.

The performance was part of the annual Epidaurus festival, where Greek tragedies are performed at the ancient site, the Sanctuary of Asclepius, the ancient Greek god of healing. Because the COVID-19 crisis prevented the usual thousands from coming from all over Greece and around the world to the festival, it was decided to live-stream it and “invite the entire planet free of charge,” as director Dimitris Lignadis told the online audience at the opening of the event. Given the challenge to mankind posed by the pandemic, it was seen as very appropriate to perform this particular tragedy, especially in a venue sacred to the god of healing. The President of the Hellenic Republic attended the event. The performance was held under strict distancing rules, such that only 46% of the 10,000 seats were filled. 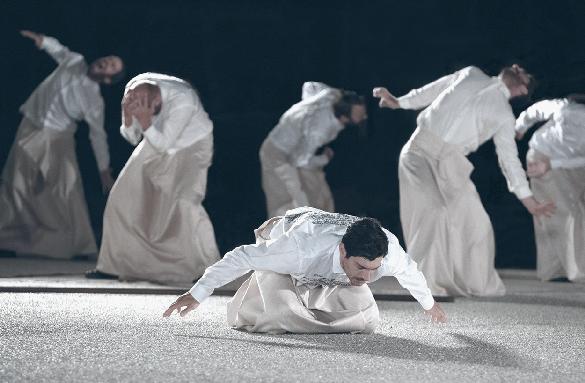 National Theatre of Greece
The Chorus of Elders laments the defeat of the mighty Xerxes at the hands of the Greeks.

The Persians is among the earliest of Greek tragedies, first produced in 472 B.C. It tells the story of the Battle of Salamis in 480 B.C., in the second attempt by Persia to invade and subjugate Greece, in which a much smaller Greek fleet devastated a huge Persian fleet comprising contingents from throughout the Persian Empire. Aeschylus himself fought in the battle. He was also a veteran of the Battle of Marathon, in the first Persian invasion a decade earlier. Aeschylus chose to set the play at the Tomb of Darius in the Persian capital of Susa, where the Queen and the Chorus of Elders, the latter the royal guards of the palace, hear a messenger report the defeat of Emperor Xerxes. The tragedian chose the setting, not only to more dramatically render the magnitude of the Persian defeat, but more important, the cause of that defeat in the over-reaching arrogance of oligarchy and its infamy in seeking power through the enslavement of mankind. 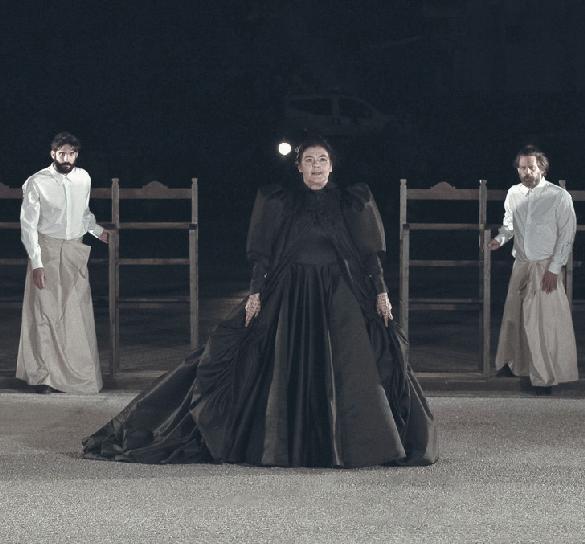 National Theatre of Greece
Queen Atossa, the mother of Xerxes, after receiving the news of the disaster that has befallen her son’s troops.

There is a constant dialogue between the Queen, later joined by Xerxes, on the one side, who represent the personalities of the Persian Empire, and the Chorus which, as Guards of the Palace represent the State, and therefore the people—bring out the failings of oligarchical rule and the inevitable collapse of the empire.

Performed in modern Greek with English subtitles, the performance was extremely well done. One could see the powerful effect on the 4,500 people in the theater. At one point, Queen Atossa demands that the Chorus of Elders tell her, “Who is the Monarch who rules over the Hellenes?” The reply to her is, “Of no man are they called slaves, they obey no man’s orders.” The entire audience broke into a spontaneous cheer.

The audience gave a second cheer as the Greek fleet of 300 triremes were boldly attacking the 1,200-ship Persian-led fleet. The Greeks had attacked in powerful formation, shouting in one voice: “Liberate your country, liberate your children, your women, the seats of your fathers’ gods, and the tombs of your forebears: now is the struggle for all things.”

National Theatre of Greece
Empires are always brought down by their own arrogant hubris. Here, after his defeat at Salamis, Xerxes returns in utter disgrace. His pleas for sympathy are rejected by the Chorus.

As important as the fight between Freedom and Empire, Aeschylus also demonstrates how empires are brought down by their own arrogant hubris, as seen in Xerxes’ return in utter disgrace, his pleas for sympathy demonstratively rejected by the Chorus itself. Aeschylus wrote the play as a warning to his own countryman, not to turn their own victory into a cause to adopt the same arrogant hubris which they had so bravely defeated. The question of arrogant hubris is a crucial factor in today’s strategic crisis, as witnessed by the attacks against China by the living ghost of the British Empire, and by the financial oligarchy’s ongoing effort at crushing humanity.