This article appears in the August 28, 2020 issue of Executive Intelligence Review.

Is the Belt and Road Initiative One of the Targets in Belarus Unrest?

by Hussein Askary, Belt and Road Institute in Sweden 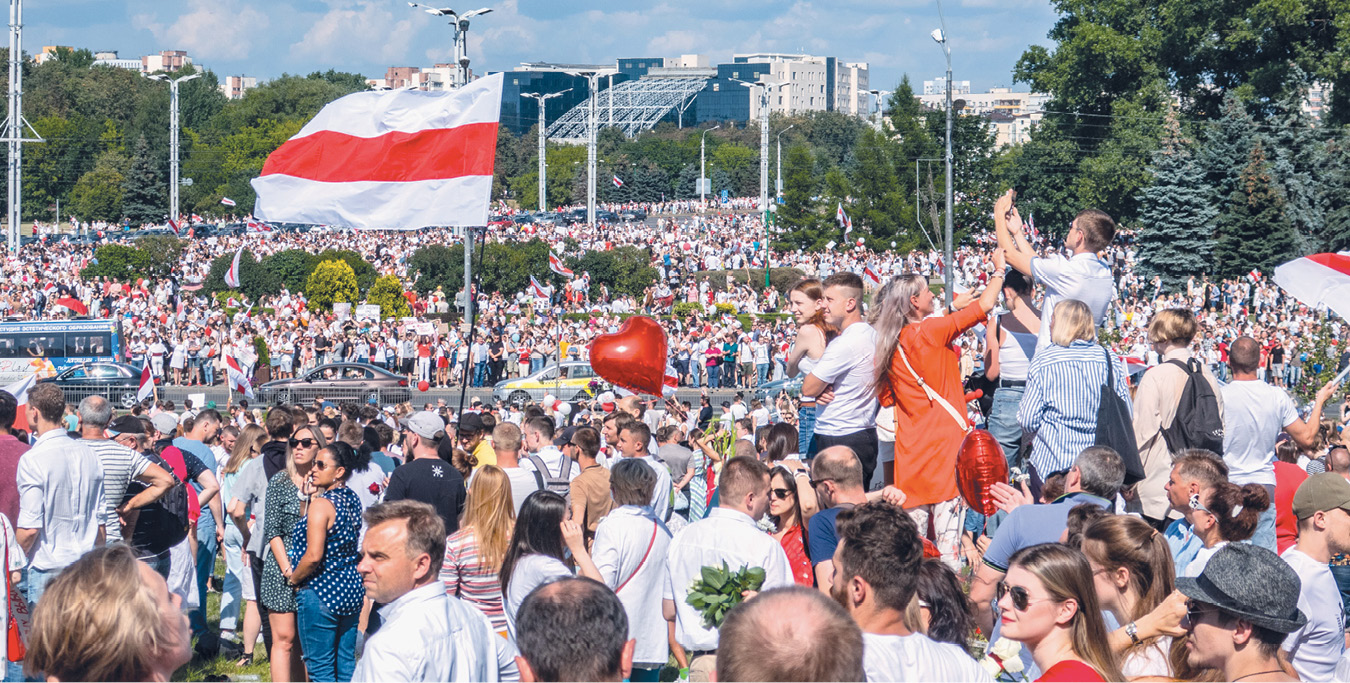 Aug. 20—It is a matter of fact (as will be described below) that Belarus has emerged as a key nodal point for the railway traffic between the European Union countries, especially in Northern Europe, and China, along the New Silk Road Corridor Number 3 (C in our map) of the Belt and Road Initiative’s (BRI) six land-based corridors. Chinese President Xi Jinping even called Belarus “the pearl” of the Belt and Road. With the outbreak of the coronavirus pandemic, this route became decisive for the shipment of medical preventive materials, medicines, and personal protection equipment (PPE), mostly produced in China, to Europe. In addition, China’s massive investments in Belarusian industrial parks and free trade zones are helping this country to regain, in a modern and efficient way, its Soviet-era industrial capacity, promoting the economic and social development of the Belarusian people.

Now Belarus is being hit with demonstrations and destabilizations by political forces that are calling for a sudden and consequently violent overthrow of Belarusian President Alexander Lukashenko. A review of recent articles and commentaries that have appeared in Europe clearly reveals that some within the elite view this as an opportunity to wreck Belarus’s role in the BRI.

The Swedish think tank, Dagens Arena, which is connected to the ruling Social Democratic Party, published an opinion piece on the situation in Belarus, in which the author stated the following:

At the same time, Lukashenko has taken steps to become more independent of both Russia and the EU. Belarus is strategically located along the New Silk Road, China’s gigantic infrastructure project that will, among other things, connect China with the Baltic Sea. And China has no interest in democracy in Belarus. On the contrary. It is urgent for the EU to take the side of the people.

The leftist pro-Social Democratic Party daily Aftonbladet emphasized in an editorial on August 15 with the title, “It is Possible to Overturn the Bunker in Minsk,” in which the author emphasized, “We must not forget China either. Through China’s huge infrastructure project, the New Silk Road, Belarus finds itself in a particularly strategic position for the dictatorship in Beijing.”

The Swedish liberal daily Svenska Dagbladet has also made clear that the unrest in Belarus could be an opening against the Belt and Road and China. It states:

China has no problem with authoritarian dictatorships and has a fairly strong economic interest in Belarus. The countries have a military-technical cooperation and China has invested a lot in infrastructure in Belarus, which is a logistical hub in China’s Belt and Road project.

In a cynical piece in the Nikkei Asia Review titled, “Unrest Threatens China’s Belt and Road ‘Success Story’ in Belarus,” the author writes:

Belarus has emerged as a Belt and Road linchpin due to a combination of geography and politics. The former Soviet republic is located near the port cities of the Baltic states and serves as a major land transit route between Europe and Asia, making it a convenient gateway to Western markets for China.

Admitting that the cooperation between China and Belarus was a win-win success story, the author suggests that “the narrative of success is now under threat.” An expert is cited saying, “Any worsening of Belarus’ position on the international stage is clearly a threat for China’s plans to implement the Belt and Road Initiative.” 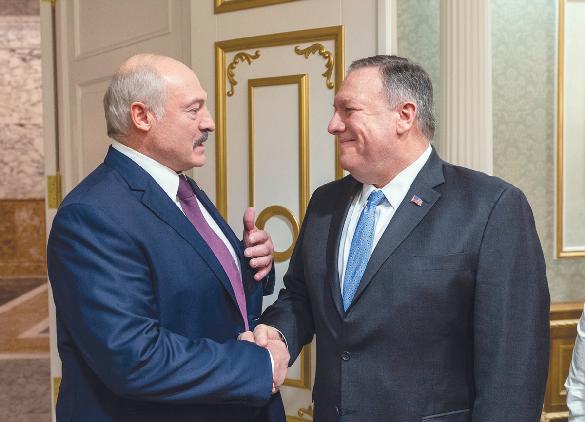 Pompeo ‘Cares’ About the People

U.S. Secretary of State Michael Pompeo was on a tour of several Central European countries between August 11 and 15 , with the very open goal of dissuading them from cooperating with China and Russia. Speaking before the Czech Senate on August 12, Pompeo wasted no time in meddling in Belarusian affairs and lashing out at China, saying “We were very concerned it [the election] wasn’t held in a way that was free and fair.”

The benevolent Secretary of State further said: “We care about that. Because we care deeply about the Belarusian people.” Concerning China, he said: “And so when you see regimes like the Chinese Communist Party, they know that’s, in the end, going to crush them. They appreciate that it’s going to deny them freedom. We see what’s happening in Hong Kong to entrepreneurs. That’s the model that the Chinese Communist Party brings when they show up.”

Pompeo promised the countries in the region that if they were to abandon their cooperation with China and Russia, the U.S. would be “right there alongside with them.” But what these countries need is not somebody behind them breathing hot air on their necks, but investments. Concerning Belarus, the U.S. not only imposes sanctions, but even discourages foreign investment in the country, in spite of the fact that it lists all the merits of investing in the Great Stone Industrial Park (see below).

The Importance of Belarus forEast-West Trade

According to the Hong Kong Trade Development Council (HKTDC), Belarus is strategically located on the new Eurasian land bridge. Eight rail container routes on the China-Western Europe trade route pass through Belarus, enabling cargo to move much faster between China and Germany via Kazakhstan, Russia, Belarus and Poland. The freight time has been reduced to 14 days thanks to effective clearing systems and cross-border transit facilities. In comparison, sea freight takes around three weeks longer, although the cost of sending freight by rail is about 60-70% higher per ton. As shippers have become more receptive to the expanding rail container routes, more than 3,000 Sino-European trains used Belarus’s rail network in 2017. That volume has, since then, increased dramatically, as new cities and ports in Western Europe and the Baltic Sea were opened as destinations for the trade route from China.

In July of this year, container traffic between China and Europe set a new record.

The United Transport and Logistics Company—Eurasian Rail Alliance (UTLC ERA), a joint venture of Belarusian, Kazakh and Russian railways, carried 52,500 TEUs [20-foot-equivalent unit containers] across the broad-gauge railways. That is twice as much as the same figure last year and represents an absolute volume record in monthly Eurasian container traffic.... “We had more than 100 trains operating daily, and the total fleet managed by UTLC ERA already amounts to almost 7,000 railcars,” said the CEO of UTLC ERA, Alexey Grom. 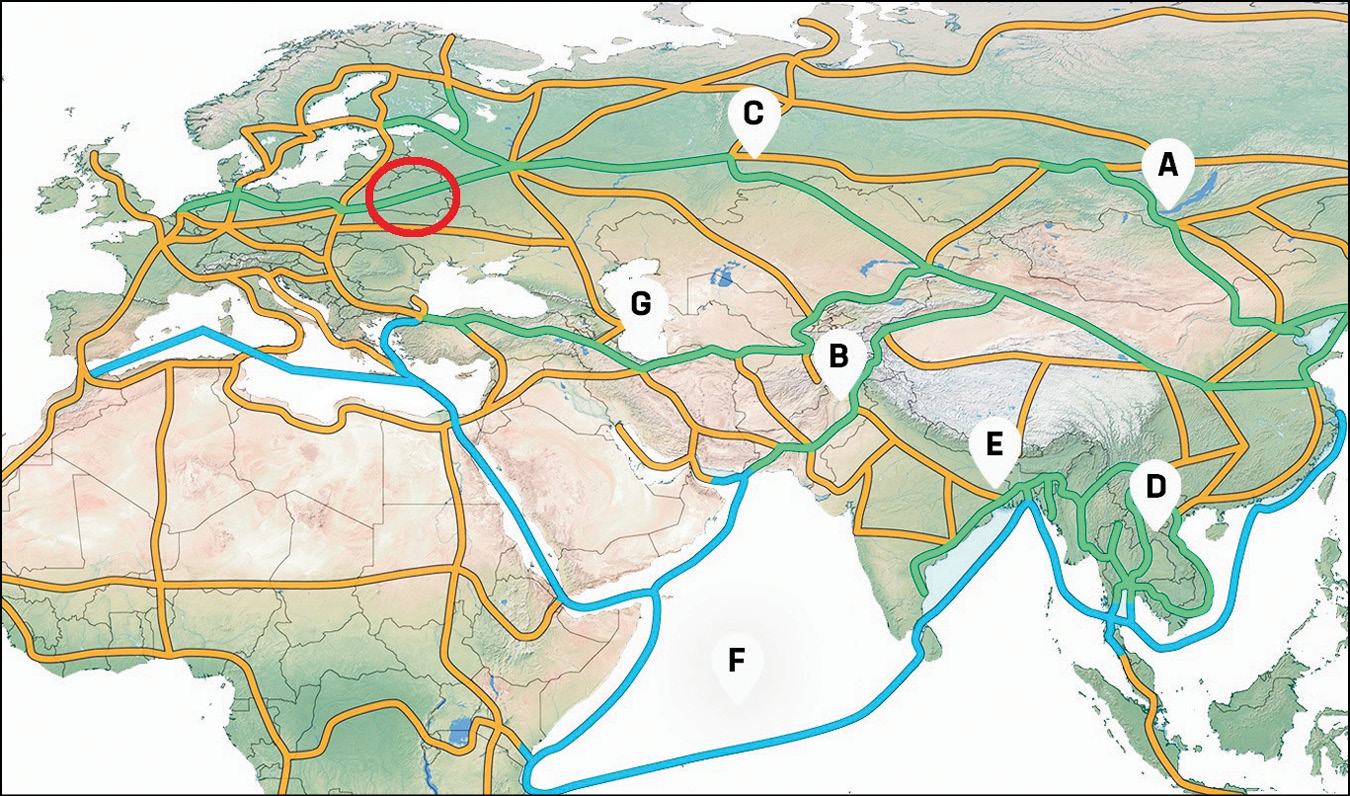 BRIX
Belarus, circled in red, is a key nodal point for railway traffic between Europe and China, along the New Silk Road Corridor No. 3 (C on the map).

The railway route starts in several cities and provinces in China, mainly Xi’an, Chongqing, Shilong and Chengdu, and terminates in several major European ports and logistics hubs like Duisburg, Hamburg, Rotterdam, and Liège. From there it feeds into the rest of Europe and Scandinavia, including several new lines to the Baltic sea, especially through Klaipeda, Lithuania, with direct connections to Swedish ports like Trelleborg.

In April, a new freight route from Xi’an to Trelleborg was established through the port of Kaliningrad on the Baltic Sea.

However, all the routes pass through Belarus.

So, in what way is this efficient and smooth flow of essential goods between East and West supposed to be a threat to Europe and Sweden, as some politicians and journalists claim? Obviously, those who make such claims are not involved in providing goods and services to their societies, but merely have opinions about everything everyone else does.

Another milestone in China-Belarus cooperation which is helping the Belarusian people is the development of Great Stone Industrial Park. The park is 91.5 sq. kilometers in extent, with a special legal status conducive to doing business, with big incentives for foreign investors. The park is located 25 km from Minsk, and in close proximity to the international airport, railway lines, and the Berlin-Moscow transnational highway. It also has access to the Baltic Sea through the Port of Klaipeda in Lithuania.

In the park area, construction is planned for production and living areas, offices and shopping malls, financial services, and research centers. The emphasis in the park is on high-tech and competitive innovative production with high export potential. The technologies involved are fine chemicals, electronic information, bio-medicine, new materials, machinery manufacturing, warehousing and logistics, e-commerce and big data processing. Any company, regardless of country of capital origin, can become a resident of the industrial park. So far, 60-plus international companies, mostly Chinese, are registered in Great Stone Industrial Park, Huawei and ZTE being among the largest.

According to some estimates, in the coming years the park is expected to attract more than 200 high-tech enterprises with over 120,000 employees. Given the magnitude of the project, hundreds if not thousands of Belarusian companies would benefit from it as subcontractors, suppliers and logistics and transport managers. The Belarusian employees in these companies are highly skilled and enjoy greater benefits than workers elsewhere. For instance, the tax on income of employees is 9 percent, compared to 13 percent in the rest of the nation.

This project—combined with the development of Belarus as a key transit area for the trade between East and West along the Belt and Road—is a major contributor to the economic and social development of the people of Belarus, whose welfare Mr. Pompeo is allegedly worried about. This project has also helped Belarus open up to the rest of the world, which is a key element in economic and political reform.

Once again, when looking at the facts on the ground, turning the Belarus-China economic cooperation into a “threat” to Europe and the world is not only inaccurate and ill-informed, but bizarrely twisted. 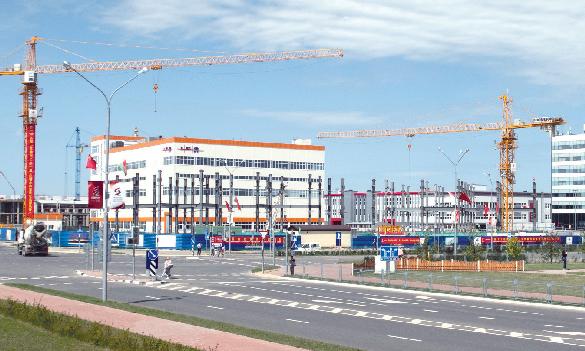 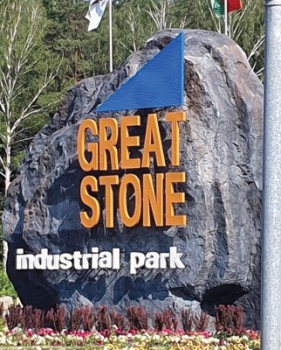 CC/Homoatrox, 2019
A milestone in China-Belarus cooperation is the development of the Great Stone Industrial Park, located near the Minsk airport.

Will the Unrest Affect the Belt and Road?

According to the Chinese side, the latest developments will not affect the BRI or cooperation with China, since the joint projects are purely economic and there are no political strings attached. China seems to be committed to the long-term relationship with the people of Belarus, who should be the only ones to decide their own future.

China respects Belarusian people’s right to choose their own development path and their efforts in defending their country’s independence, sovereignty, security and economic development.

Most of the Chinese companies in the park were not affected by the social unrest in Belarus, and the BRI projects in the country were unlikely to be impacted in the future.... According to statistics from China’s Ministry of Commerce released in August, there are 63 enterprises in the park, with investment surpassing $1 billion....

The industrial park counts for a lot for Belarus, as the country sees it as an industrial hub that can drive reform and its opening-up to the outside world, said Wang Yiwei, director of the International Affairs Institute at the Renmin University of China.

It is noteworthy that the opposition groups in Belarus have not taken up the cooperation with China as a factor in their dispute with the government. It is easy to understand that, since a great number of the people they want to attract to their side are highly skilled and well-educated workers employed in such enterprises.

One unfortunate phenomenon in Sweden and many Western countries is that in reporting, or rather opinionating, on developments related to the Belt and Road Initiative or China’s economic cooperation with other nations, seldom are any facts presented. There is a great deal of prejudice and political grandstanding involved in this kind of “journalism,” which does not really reflect reality. The Belt and Road Institute in Sweden, through examining many case studies, has found that to be prevalent. A better understanding of these matters can easily be achieved by looking objectively at the reality on the ground through information that can be obtained easily through publicly available sources.