‘Peace Is More Important Than Disarmament’

Establishing Trust Is Essential to Reach a NewNuclear Arms Agreement

This is the edited transcription of Mr. Kortunov’s presentation to the Schiller Institute conference on September 5. He is the Director General of the Russian International Affairs Council in Moscow. Subheads have been added. 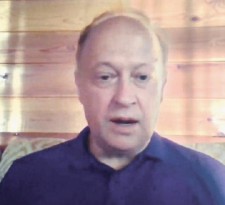 Thank you, Mr. Chairman. First of all, I’d like to say that I’m very grateful to the Schiller Institute for having a chance to be here, and to participate in this. I’m sure it is very intellectually gratifying and a very important discussion. Of course, the topic is very timely, the composition of speakers is very impressive. And I’d like to make my modest contribution to the discussion that will follow.

The title of the conference is about the P-5 [the permanent five members of the UN Security Council]; why a P-5 summit meeting is badly need now. Let me remind everybody that the P-5 emerged 75 years ago, primarily in order to maintain the world order and global security. It’s not about development, it’s not so much about public health, it’s not about migrations. It’s about global security. Seventy-five years ago, the founders of the United Nations gave five countries special rights, namely veto power in the Security Council, but also special responsibilities to maintain global order and to keep the peace in the world.

Now, how would we assess the performance of the P-5 group now? I would say that in my humble opinion, it’s not a failure. Because the P-5 group was able to avoid a nuclear war; humankind is still here. But it’s clearly not an A, it’s not a B, and I would say that it’s not a C either. In my opinion, it’s probably a D–. If we look around, we will come to the conclusion that the world, unfortunately, is not yet any safer. There are many conflicts in the Middle East, in North Africa, in East Asia, in Latin America. Unfortunately, the P-5 cannot agree on how they’re going to handle these problems. The arms race is on, with acceleration. We see international terrorism. But above all, we see a very clear decay of the system of international security and arms control that the United States and the Soviet Union, and finally the Russian Federation, nourished and cultivated for more than half a century.

So, I would like to limit my presentation to two topics. The first one is about the problems that we encounter. This is definitely the bad news. But also, the second topic is about what can be done under these current circumstances, and how the P-5 group can change the situation.

So, let me start with the first statement. I think that today it is clear that the old arms control mechanism that existed between Moscow and Washington is almost gone. And probably the damage inflicted upon this regime is already beyond repair. Indeed, this whole decay of the arms control regime started about 20 years ago, when the United States decided to withdraw from the ABM Treaty. This step by Washington was taken with a lot of sadness and suspicion in Moscow. But the system survived this step, primarily because the general political background between Moscow and Washington at that point was quite positive. However, 17 years later, the United States withdrew from another very important arms control treaty, that was the INF Treaty.

Again, I don’t want to blame the United States for this decision. I think Russia should also take a part of the responsibility, because it didn’t fight for the preservation of this treaty as it probably should have. It didn’t realize the sensitivity of the alleged violations of the treaty for the United States.

But now we are getting to the third stage in this downwards spiral of the destruction of arms control, which is of course, the future of the new START agreement [Strategic Arms Reduction Treaty]. We all hope that the new START agreement can still be rescued; we all hope that there is still time to extend this agreement. We know that there are consultations between Russia and the United States on this issue, but of course, the chances are getting smaller and smaller. Many experts, both in the United States and Russia, believe that the treaty cannot be saved; and even if it is saved, it’s not likely to start a new chapter in the relations between the two countries, but it is likely to end the old chapter.

So, this is the problem. What will happen if the traditional arms control model is gone? I think that the first victim of this unfortunate development will be the relations between the United States and the Russian Federation, because arms control used to be the cornerstone of this bilateral relationship. That was exactly what made this relationship so special and so important. Without this cornerstone, I think the relationship will fall apart in many other ways, but definitely the United States and Russia will not be the only ones to suffer from the demise of the Strategic Arms Control.

We cannot separate the bilateral dimension of arms control from the multilateral damage. It is very easy to predict a negative chain reaction, which will have very grave repercussions for the international stability at large. This year, we are supposed to have the Non-Proliferation Treaty [NPT] review conference. It was postponed until 2021, but even now we’re not sure this conference will be successful. I think we have reasons to be skeptical about the outcome of this conference, and maybe it will be the last NPT review conference in history.

Unfortunately, we have not moved ahead on either the North Korean nuclear issue, or on the nuclear problems of the Islamic Republic of Iran. Proliferation is potentially there, and it is becoming more and more difficult to stop these two countries from making another push towards acquiring more of a nuclear arsenal.

Of course, if you look at a multilateral agreement like, for example, the Comprehensive Nuclear Test Ban Agreement, it is also under question. Unfortunately, the United States has never ratified this important treaty, but for the time being, the United States abides by the provisions of this treaty. Will it last for a long time? No one knows. So, the repercussions will be serious, and I think that definitely this is something which we all should be concerned about, and we should try to do something about.

Now, what can we do? Many people argue that we should replace the old model of the bilateral U.S.-Russia arms control with a new one, with a multilateral arms control arrangement. That should engage China, that should probably engage other nuclear powers as well.

I think that generally speaking, there is nothing wrong with this approach, but it will be a very difficult transition. It will be like moving from driving a car, to driving a Boeing 747; a very difficult and very complicated transition. Maybe a different equation of international stability. It will take many years, even if the political will is there. So, I don’t think we can easily replace the bilateral model with a multilateral one.

On top of that, it would be very difficult to imagine that right now we can have a kind of legally binding agreement between Russia and the United States. The trust is not there, and frankly, I cannot imagine any arms control agreement with Mr. Putin which the U.S. Congress will be ready to ratify. Especially because the Congress is split; the Republicans and Democrats have very different visions of how the United States should proceed on arms control.

So, what should we do? Let me just give you a couple of ideas which in my opinion can help all of us to change the current negative trend in the international stability, and something that the P-5 group should pay certain attention to.

First of all, I think we should keep in mind that peace is more important than disarmament. Of course, all of us would prefer being in a non-nuclear world. All of us would prefer to get rid of nuclear weapons. But first of all, we should avoid a nuclear war. And that means that we should enhance communication lines between nuclear powers. We should promote military-to-military contacts which are dormant right now. We should promote interaction between experts and politicians. We should have more redlines; we should exchange information on nuclear posture and nuclear doctrines and nuclear deployments. We should engage in de-alerting in the use of combat readiness to avoid inadvertent escalation, to avoid nuclear conflict that might be result of human error or a technical miscalculation, or a misinterpretation of the intentions of the opponents. I think this is something which I would call “soft arms control” or “arms management.” It might be a kind of security guarantee that we will cut down the risk of an inadvertent escalation and confrontation.

A Solution From All of Us

Second, we should keep in mind that in this new world, quality becomes more important than quantity. A new arms race is not going to be about numbers of warheads, about numbers of delivery means. It will be about technological breakthroughs. It’s going to be about space weapons, about cyber and artificial intelligence. It will be about a prompt strike capacities. It will be about autonomous lethal systems. We have to control not only numbers; we have to control technological progress in the military field. No one really knows how to do that; no one has any kind of ideal solution for the problem. But it doesn’t mean that we should sit on our hands and wait for someone to do it for us. Indeed, I think this is where not just governments, but also experts and the private sector can play an important role.

On top of that, I think it’s important to keep in mind that the real challenge in the future might come not so much from state actors, but rather from non-state actors. You can deter the Iraq state; you can deter Iran or North Korea. But you cannot deter a terrorist group; you cannot deter irresponsible non-state actors that would like to make their case. That means that we need to have much more cooperation than we have right now on preventing nuclear terrorism. This is an emerging danger which is not properly addressed at this stage.

Finally, let me end here. Let me say that in my humble opinion, governments are going to be as bad and as irresponsible as they are allowed to be by the public. Arms control is not on top of the agendas of political leaders today, and it will not get back to these agendas unless there is a constant pressure from civil society groups, from engaged media, from thinktanks, and from opinion leaders. It’s important to bring arms control back to the top of political agendas. Right now people are more concerned about how to limit the number of plastic bags, rather than about how to limit the number of warheads. I don’t want to sound condescending. Of course we have to limit proliferation of plastic bags, but we should not forget about the nuclear danger. It is still with us, and the situation is getting worse; it is not getting any better. Thank you.