Why the EU Superstate Project Is Doomed to Fail

This is the edited transcription of the pre-recorded remarks by Mr. Zanni to the Schiller Institute conference on September 5. He is Chairman of the Identity and Democracy Faction of the European Parliament. Subheads have been added. 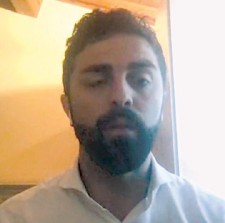 Hello, everyone, and thank you very much to the Schiller Institute for giving me the opportunity to address such an important conference and such an important audience. Clearly, we are living in rather unique times right now, in the sense that the difficulties that the European Union had already been experiencing before the COVID-19 crisis, with this pandemic, much has been added to that makes things even more complicated and more harmful.

Today, I will try to give my perspectives as a member of the European Parliament, and also as an Italian politician on what was happening before the pandemic, and especially after the 2008 financial crisis, which affected the entire world. And to look at how the pandemic is shaping the world and what we will need to restore prosperity, growth, and multilateralism in the world.

I will start from the European perspective. The European Union (EU), and especially the Eurozone, after the 2008 economic and financial crisis—which developed into a sovereign debt crisis in the Eurozone—has not been able to fully recover from that crisis. The Eurozone countries had been struggling to recover the levels of economic activity that we had enjoyed before 2008. In trying to do this, we relied on bad rules—that is, the austerity that affected the level of economic activities, especially the level of investment in the European Union in infrastructure, which investment is at historical lows in modern times now in European countries. And we relied on the power of a not-fully central, central bank, the ECB [European Central Bank], which was unfortunately the only game in town. The ECB, with its monetary policies, extraordinary and non-commercial monetary policies, is trying to save the whole European Union apparatus and its wrong economic and development models.

So, we were, as I said already, experiencing slowing economic growth, historically low investment especially in infrastructure, historically low levels of economic activities and industrial activities in some countries. Very tough times in trying to fill the gap with other developing countries in the world, regarding, for example, investment in new technologies; in artificial intelligence, in fin-tech [financial technology], in new technologies that could help in developing the world. The pandemic added to this difficulty in January 2020.

We all experienced a huge drop in GDP, in our economic activities, as did the whole world, due to the COVID-19 crisis. We are today struggling to understand how we can recover from the huge hit that we experienced and are still experiencing. Now the challenge is how to exploit this situation, this crisis in order to deeply review the problematic economic and development models on which modern economies were based, and on which modern economies relied during the past 20 years.

How Shall We Transform Our Multilateral Institutions?

How can we shape the multilateral institutions that were created to support this system, in order to make them more suitable for the real economy, for people, and for a safe path of growth and wellness for our people and our countries? This is not easy, because those models disrupted our economies and created divergences. We need to rely on policies that strengthen the stability of our countries, and the concept of national sovereignty.

To do this, we have to reshape the way in which we confronted it in the past years.

We know that in modern economies, the Deep State has tried to prevent the renaissance of sovereign nations, clearly preferring to base everything on a development model of uncontrolled globalization and finance. But that model brought us to a moment of crisis. This uncontrolled financial freedom fed the financial bubbles. In order to avoid the bursting of those financial bubbles, central banks had to step in, feeding even more financial bubbles. So, this system, the system that is supported by the elites around the world, by the Deep State in a lot of developed countries, very much harms the survival of our economies.

I think that what will happen in November in the United States will be fundamental to the shaping of the future, and the possibility of transforming our system in the way that I’m talking about.

I think that what Mr. Trump has done in the past has been really amazing. Consider that he was opposed by the U.S. Deep State that doesn’t want peace in the world, doesn’t want a system of multilateral win-win cooperation. So, if Mr. Trump will be able to secure a second mandate, I think that all the tensions that we have seen in the past between the United States, the European Union, China, Russia, will be overcome. And this win-win multilateralism will be finally established.

I think that this will be the opportunity to bring all the world leaders—U.S., European Union, Russia, China, Japan, developing economies, G-20—around a table to set the pace for a new economic system that is no longer based on speculative finance, no longer based on too-big-to-fail banks, no longer based on derivatives. But is based on policies to advance the real economy, and policies for reducing the gap between the richest people and the poorer people. We have seen this gap increasing in the past 20 years. We need a system that will reduce quickly this gap; a system that will invest deeply in infrastructure and new technologies. We really need this not only in economies that experienced dark times in terms of GDP and in terms of growth, such as my country, Italy, but also in supposedly rich countries like Germany.

The level of infrastructure in Germany is even more problematic than in Italy or other European countries. The same for the United States. We need a system that will create value for our people, our citizens, for our companies, and not just for the bankers. That’s the system that I want. The pandemic gives us the opportunity to reshape, to rethink our economic and development model.

We will be successful in restoring growth, in restoring prosperity to our countries and our people only if we understand that what we did in the past is wrong. Feeding economic and financial bubbles is threatening our system. It is threatening our way of life. We have to switch to a system that is no longer based on speculative finance, but on recognizable sovereign states that cooperate with a sort of win-win cooperation. That’s the way we have to deal with the tremendous crisis that we are living with today.

Thank you very much again to my friends at the Schiller Institute. Thank you very much to your audience, and I hope to see you all soon in person in order to develop better our ideas for a better world of sovereign nations cooperating together.