Nuclear Energy in South Africa, and in Africa at Large

This is the edited transcription of the opening remarks by Dr. Kemm to the Schiller Institute conference on September 5. Dr. Kemm is CEO, Stratek Business Strategy Consultants, and former Board Chairman of the South African Nuclear Energy Corporation. Subheads have been added. 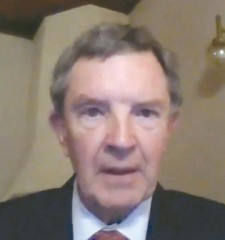 I am Dr. Kelvin Kemm. I’m a nuclear physicist from Pretoria in South Africa, from the company Stratek Business Strategy Consultants. I do work over a wide-ranging number of fields not only in the nuclear, but all sorts of businesses where we have to look at solutions that work for us people who live in Africa.

Believe it or not, Africa is larger than the United States, China, Europe, India, and Japan added together. South Africa alone is the same size as the whole of Western Europe. The distance from where I live in Pretoria to Cape Town at the southern point of the country is the same distance as from Rome to London. We often find when we are travelling in Europe and we talk to Europeans, and they talk about something being a long way away, they mean 100 kilometers. We think nothing of driving 100 km to a meeting and then driving back. To us, a long way is 500 kilometers or more.

‘Solutions’ Must Work in Africa

So, we have to think: “How do we find solutions that work for Africa?” So many of the European solutions are assumed to work, and we in Africa are very guilty of this ourselves. We hear somebody saying, “There’s a television system, and there’s a telephone system, there’s a so-and-so system that we wish to import.” So, we say to ourselves, “Oh well, let’s have a look. It’s working in Germany, or it’s working in France or Switzerland.” Then we discover that the distances for them are 20 km between radio masts or something. For us, it’s going to be 200 km or more for it to work in the same way. So, quite often, we put a look and say, “What is it that we must do?” And the challenge is, start thinking for yourself, and thinking under your own conditions.

We build dams here in South Africa, and dams that hold drinking water. The dams are designed to last through a five-year drought. In the UK, if it doesn’t rain for a couple of weeks, they start to worry about drought conditions and water shortages. Here, it’s years that the dams are designed for. So, the nature of the approach is just very different. Many people from the First World are going to many African countries and telling them, “Wind and solar is the answer because it looks like it works in my country in Europe.” That is a dishonest thing to do.

The Medicine of Nuclear Power

One needs to look and say, “How would Zambia, Botswana, the Congo, Mozambique, and so on, satisfy their electricity needs, and what is going to be beneficial to them?” South Africa is predominantly dependent on coal for power; we are one of the few countries of the world that is blessed with vast coal resources, which we use for our own electricity. But we export a lot of coal, too.

But the coal is all clustered in the northeast of the country. As I indicated, the distance from where the coal is—which is further away from the south than Pretoria is—the distance from the coal to Cape Town, so to speak, is like Rome to London. It’s not practical to move the electricity all that way. That’s why the Koeberg nuclear power station 50 years ago was conceived of as being down in the south. Koeberg is nearly 40 years old now, and has about [audio loss], so it has a good number of years to go.

We have plans now to build more nuclear power stations around the coastline of the southern part of the country. The coastline—because, number one, that’s where we need the electricity to come up from the south; and also because the sea is there to provide large-scale cooling for a big nuclear power station. Nuclear power is the answer for most of Africa, if not all of Africa. Not necessarily big 3,000-megawatt power stations, but for example, small power stations like the South African plans to develop what was known as the Pebble Bed Modular Reactor, the PBMR, which is 100-200 megawatts in size, versus a Koeberg size station, which is 2,000 megawatts in size.

The Pebble Bed Modular Reactor was designed by South Africans in South Africa to take into account our conditions. For example, it was designed not to need a large body of water for cooling, so it is cooled by gas. It can be placed inland, where some of the mining activities are, some of the huge mining activities that need a lot of power. Why not put a nuclear reactor close to the mines? The South African mines underground have hundreds of kilometers of road underground. There’s shops underground; there’s education facilities for the workers; there’s trains that go past, and so on. So, a lot of power is used in these mines.

If one looks at other African countries, they all need nuclear power, and a number of African leaders have spoken to me personally and indicated that that’s exactly what they need. Because the majority of African countries are not blessed with fossil fuels; they don’t have large reserves of coal or gas or oil. So, they need electricity. Electricity is what advances people. It’s just not honest for some of these extreme Green people to come along and say, “You’re doing the right thing. You’re carrying water from the river in a bucket. That is the way to continue living in harmony with nature.” I’ve had some of these Europeans telling me that type of thing to my face. Or to say to a person, “You’re using a wooden plow powered by one ox. That is the right thing to do. Do not invest in a tractor, because then you need fuel, and you’ll have oil, and you’ll produce pollution.” That’s just not right.

So, we’ve got to look at what are the real solutions for South Africa as an economic leader of the continent, but then also for the rest of Africa as well, right away past the Equator up to the north. Numbers of African countries have really indicated that they want to go nuclear. Countries like Zambia have started with a project to build their first nuclear reactor that will be used for training purposes. Other countries have indicated they’re doing the same. Further to the north, Egypt has started with nuclear power, and so on. So, I would not doubt that you’re going to see a lot more in the future. 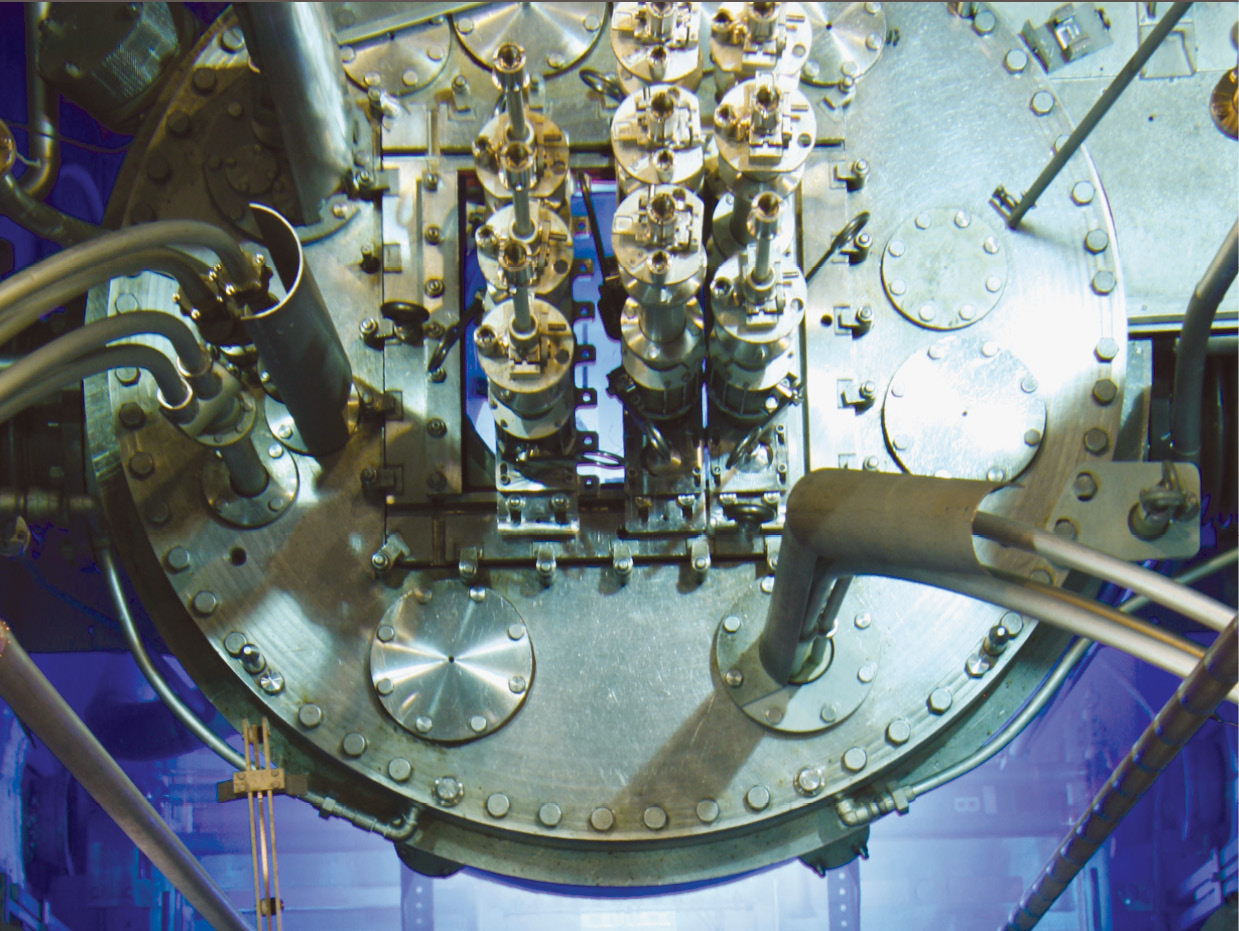 South African Nuclear Energy Corporation
South Africa’s SAFARI-1 is a production reactor for radioisotopes used in medical diagnosis and treatment. It provides perhaps a quarter of world production of the major radioisotopes, including molybdenum-99, iodine-131 and lutetium-177. Shown here is the SAFARI-1 reactor core.

Nuclear power is but one aspect of nuclear technology. There’s much more than that. For example, nuclear medicine. South Africa has become a world leader in nuclear medicine, and we now export nuclear medicine to over 60 countries worldwide. Nuclear medicine is wonderful. It’s used primarily as a diagnostic at the moment. It’s by far the best way to detect cancer and some other diseases as well. It’s as simple as being injected with a nuclear tracer that goes into the body and is designed to gravitate towards the cancer. There’s various formulations, and the medical doctors know which ones to use, depending on what they’re looking for. The nuclear medicine will then show, very early on, whether the person has cancer or certain other things. Far sooner than many normal diagnostic methods are able to detect.

Bearing in mind the large distances that I’ve already mentioned, it’s possible to put up nuclear scanning centers way out in rural areas, far away, and have somebody like a nurse present to be able to do the scanning. It is not necessary to have a medical doctor at each one of those scanning sites. They are all then linked by internet to centers where there are medical doctors trained in the field who can then give the diagnosis. So it’s possible, for example, to have a scanning center in Tanzania, or in Uganda, or in Kenya, or in Botswana, and have somebody scanned there, and instantaneously have the scan sent through to Cape Town or Pretoria to be diagnosed and the answer sent back to the medical doctor in Uganda or Tanzania, for argument’s sake, who is treating the patient, and then work from there.

Of course, what is desirable is for African countries to train their own nuclear professionals. Many people already exist in African countries, but there’s huge potential for many more. There are training programs in South Africa. In Pretoria, for example, we already have African trainees in the program—radiographers and medical doctors from other countries.