War Drive Towards Armageddon or aNew Paradigm Among Sovereign Nations United by the Common Aims of Mankind?

The Role of Science in Creating Mankind’s Future

Note: We present here the edited transcripts of the second of four panels of the Schiller Institute conference. Reports on the remainder of the conference will be published in future issues. The videos of the conference are available here. 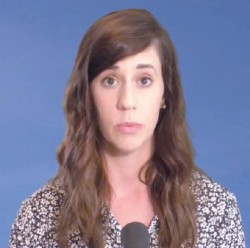 This morning, we had a very sobering discussion of the dangers now threatening all nations on the planet, in the form of an increasingly unstable and confrontational world strategic picture, and the steps that must be taken to navigate our way out of those waters.

There is a way forward, a way toward a completely different future for civilization. But this requires that we change the basis upon which nations relate to one another, to be one of the common aims of Mankind.

As Helga Zepp-LaRouche put it this morning in her keynote address, “Leaders must have the courage to project an image of a new future for the human species.”

In 2014, the economist and statesman Lyndon LaRouche wrote a document to that end, called “The Four New Laws to Save the U.S.A. Now!—Not an Option: An Immediate Necessity.” The Fourth, and perhaps the primary of those Laws, called for an international crash science-driver program in nuclear fusion, and implicitly, its cousin, the space program.

Fusion and space are the areas of frontier scientific work which would be complete game-changers, for all people, for all nations. By their nature, these areas necessitate international cooperation for the common progress for all.

Our panel this afternoon represents top leaders and top scientists in these fields on the international stage, people who have taken it upon themselves to think about solving the big problems facing Mankind, by pushing the boundaries of our scientific and technological capabilities.

In 2016, a few days after the U.S. election, Lyndon LaRouche said the following, which, for me, sums up the purpose of what we’re trying to do with our discussion this afternoon:

You’re going to develop and extend the power of Mankind, in the universe, and for the universe. The time has come to get human beings to think in these terms, now. Because if you don’t do that, you will fail.

So, therefore, you have to have this sense that you are a universal personality, reaching into space, reaching into areas of development of Mankind beyond what Mankind had ever done before.