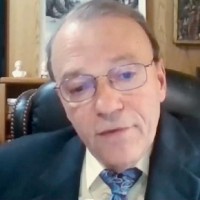 This is the edited transcription of opening remarks by Michael Billington to Panel 4, “Building Trust in International Relations: The Role of Classical Culture and Combatting World Famine,” of the Schiller Institute Conference, “War Drive Toward Armageddon, or a New Paradigm Among Sovereign Nations United by the Common Aims of Mankind?” on September 6, 2020. Mr. Billington is a former U.S. political prisoner and is currently Asia Editor for EIR. The full video of the conference is available here.

I want to address the cultural side of global relations, especially those between the U.S. and China. Every great culture throughout history has gone through periods of great developments, scientific and cultural, but also periods of decline and even degeneracy. In European culture, we look to Socrates and Plato unleashing the creative powers of Europeans, and also, later, the creative powers of the Arab and Persian Islamic scholars of the Abbasid Caliphate in Baghdad in the 8th Century, who then reintroduced Plato and Greek thought in Europe, where it had been largely lost during the Middle Ages.

But there was also the total collapse of Europe in the 14th Century, when cultural and economic decay led to the Great Famine in 1315 and to the Black Death in 1346, killing as much as half of the population across Europe, reducing life expectancy from about 35 to about 17 years. There was also during that time a state of “permanent warfare,” known as the 100 Years War, like that which President Trump has committed to ending today.

In terms of philosophy, it is easily demonstrated that the periods of creative development corresponded to the hegemony of Platonic thinking. Plato understood that the creative powers of the human mind corresponded to the creative process of the Universe itself, and that the mind is thus uniquely capable of discovering those laws and principles of the Universe and applying them to the betterment and advancement of Mankind as a whole. 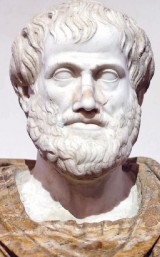 It is also no coincidence that oligarchs of all ages prefer Aristotle, who believed that man was simply an animal with a mind no better than a computer database, gathering up sense perceptions and using computer logic—Aristotelian logic—to derive new theorems, but discovering nothing fundamentally new, since real creativity requires the discovery of not just new theorems, but of new principles, new axioms of thought, as was achieved by Platonists like Kepler and Einstein.

Not accidentally, such a view of Man led Aristotle to assert that people are born either as masters or as slaves, and that they could not escape their biological identity—most convenient for oligarchs and imperialists.

So let’s look at China in this light.

The age of Confucius and Mencius, essentially parallel to Plato, has served as the driving force for every era of progress in science and the arts in China. They believed that Man’s nature was characterized by that of ren, which is very much like the Greek agapē, a love of Mankind and of Truth. They believed that Man was born good, because of these creative characteristics of the human mind.

But in China there were also schools of thought like that of Aristotle, known as Legalists and Daoists, much preferred by oligarchs, who argued that Man’s nature is that of an animal who will do as much evil as it is capable of doing in order to satisfy its sensual appetites, and thus men must be controlled the same way you control animals—by punishments and rewards. Under the Legalists, Confucian scholars were literally buried alive and Confucian texts burned, leaving some, but many lost forever to posterity.

The Daoists even argued that science itself was useless, interfering with the communion between the peasants and nature, pretty much like today’s Greenies. 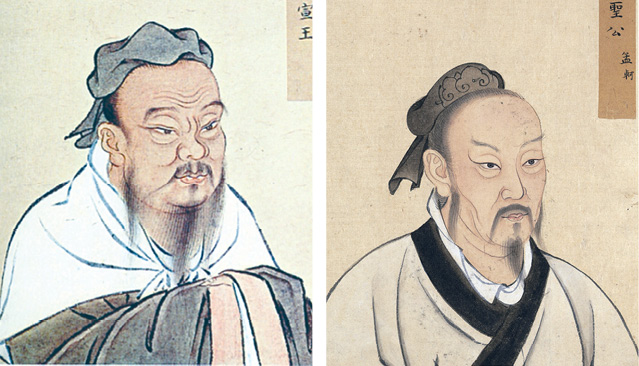 But Confucianism generally held sway in China over the next 2,000 years. Machine tools for agriculture, and the use of iron and steel in the making of those tools were very much in use during the Han dynasty, tools not “discovered” or implemented in Europe for 1,500 or more years. Productivity of grain: production per hectare in China was multiples of anything seen in Europe until the European Renaissance, not due to concentrated labor, but to labor power enhanced by these advanced technologies, making possible a population living at a higher standard of living, far beyond anything in Europe until after the European Renaissance.

In the Song Dynasty of the 11th and 12th Centuries, there was a Confucian Renaissance, which advanced Confucian concepts, which drove a burst of scientific and artistic progress—developing movable type, spreading books throughout the country 400 years before printed books appeared in Europe; discovering the compass derived from an understanding of the magnetic fields of the Earth, gunpowder and more.

But China also had its dark ages, most recently in the 19th Century, brought on by the British invasion and the two Opium Wars, forcing opium down China’s throat, destroying its economy and culture temporarily. In the 20th Century the Great Leap Forward and the Great Proletarian Cultural Revolution in the 1950s and ’60s, the first creating a famine which killed possibly 30 million people, the latter, glorifying the Legalists and denouncing Confucius, leaving society shattered and millions more dead. Like the famine and chaos of 14th Century Europe, nothing less than a true Renaissance could end the carnage—no half measures would do—only a full scientific and cultural renaissance.

And this is what we must consider today.

The anti-China hysteria being driven by British intelligence and their assets in American intelligence, such as U.S. Secretary of State Michael Pompeo, can only be rejected by getting the Americans and Europeans to rise above the information warfare coming from our politicians and the media.

Look around—there are signs of a descending Dark Age in the West everywhere. Anarchy on the streets, legalized drugs, pornography and violence glorified in our so-called entertainment, the collapse of physically productive enterprises in favor of speculation and, of course, the perpetual warfare.

President Trump has committed to combatting most of this, but half measures have not worked and will not work—a full renaissance is required.

And here is the crucial reality: China is experiencing the greatest Confucian Renaissance in its history, one of the greatest renaissances in all history. Totally eliminating poverty—unprecedented, never before achieved anywhere in history; massive technological and scientific advances; and now taking those advances and the “secret” of infrastructure to the rest of the world through the New Silk Road, the Belt and Road Initiative, an idea generated by Lyndon and Helga LaRouche. We must make this a global Renaissance, to end imperial geopolitics once and for all.