This is the edited transcription of Mike Callicrate’s presentation to the Schiller Institute conference on September 6, 2020. Mr. Callicrate is a cattleman and meat processing innovator. 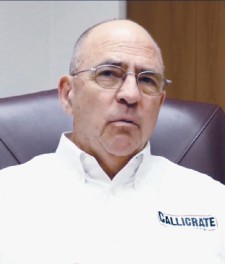 I live in St. Francis, Kansas, and Colorado Springs, Colorado. Our livestock operation is in Kansas, and we ship our beef into Colorado Springs to sell it into the urban centers along the front range of Colorado. Bob Baker asked me to present a short piece today about some of the things we’re doing here in our region, to make life better for ranchers and farmers, and giving consumers better access to real food from the local and regional areas that they live in. And so we talk about building new pathways to prosperity through farming and food.

COVID-19 has exposed a failed system—abused, unhealthy, inhumane and incapable of feeding people. It’s been a real opportunity, I think to pull the curtain back and show people everywhere just how fragile the industrial food system is, and how, in fact, it doesn’t serve anyone except for a handful of the people who control it at the very top of the economy.

And so, how do we build a food system that is more secure, that reduces and decentralizes abusive market power? How do we ensure farmers, ranchers, and workers earn living incomes, and rebuild our rural communities? How do we produce healthier and safer food? And how do we become more resilient, to be able to stand the kind of risks that things like COVID-19 presents to us in this rapidly changing world?

The impoverishment and malnourishment of a civilization is directly correlated with the consolidation and industrialization of its food supply. What we have now, today, is the most industrialized and most concentrated food system ever in the history of mankind. It is like a mining operation: It is extracting wealth at unprecedented rates, but leaving a very polluted world behind and a lot of poverty. So the wealth is being concentrated at the top, and poverty and hunger at the bottom.

In Washington, D.C., on the United States Department of Agriculture offices and main building, there’s an inscription, and it’s a quote from St. Paul. It says, “The husbandman that laboreth must be the first partaker of the fruits.” In other words the people who do the work, who take the risk, and invest the capital really deserve a fair share of the wealth that they create. That is not happening today! Just the opposite, in fact, is happening. The husbandman, the farmer, the rancher, the people on the land, the worker, are essentially getting the crumbs, the leftovers, and in fact, are doing it for less than the cost of production, in almost every case. 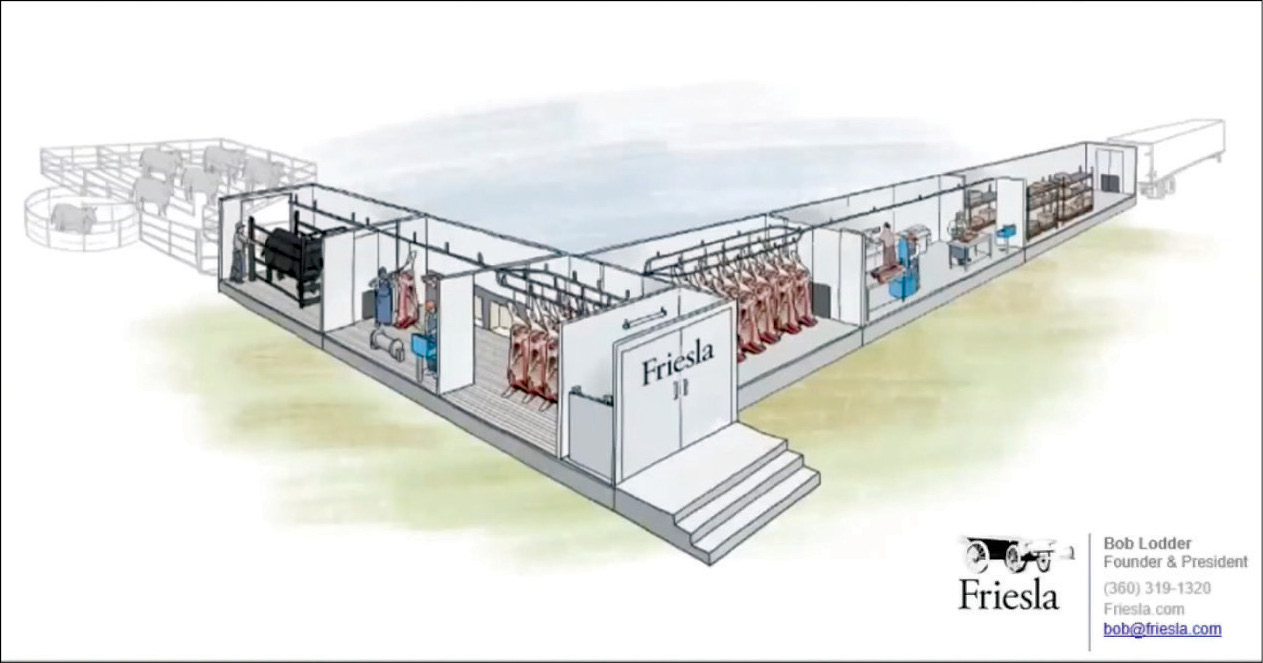 Friesla
Meat processing from slaughter to sale, in a single modular facility.

A Regenerative Model of Farming

So this is what we do in St. Francis, Kansas, with Callicrate Cattle Co. It’s basically all about the soil. We take from the soil and we put back to the soil.

That’s our pathway from St. Francis, Kansas to Colorado Springs, and the Denver front range area. What is it in other countries and other places? I love the idea, the concept of publicly owned food/utilities, where the public actually owns much of the infrastructure, from the farm and ranch gate to the consumer’s plate, enabling people on the land to get access to consumers, and going around the concentrated industries that we currently are dealing with, the big meatpackers, the big retailers, the big food service companies that are extracting the wealth and leaving us with nothing. How do we build a safe and proper pathway to the consumer?

So what we’ve done is, we’ve decided to not sell our cattle to big meatpackers anymore. For the last nine years we’ve had a mobile slaughter unit. It has been in St. Francis, Kansas at our cattle operation. It’s got a complete corral system as you can see; it’s got a kill box, where the animal is killed humanely under U.S. Department of Agriculture (USDA) inspection. And the trailer produces a carcass. And this carcass then is hauled up to Colorado Springs to our food hub—this could be a food hub in Lusaka, Zambia; it could be a food hub in Philadelphia, it could be a food hub just anywhere in the world, but it’s where food can be brought in, in its raw form and transformed into food that can be purchased by consumers.

And of course, this needs to also include the marketplace, to where the consumer can not only see how their food is being handled and produced, and processed, but have access to be able to purchase it. This is what we have in Colorado Springs, to meet that objective. Ranch Foods Direct has been around about 20 years; and the Peak Plains food distribution hub is a three-year-old project here in Colorado Springs.

See the unit, Figure 1, which is in Namibia, Africa. It’s going very well over there. It is built to the specs so it can be inspected depending on the rules of the place where the unit is. But this is a far better alternative for a community, than the big meatpacking conglomerates that are capturing all of the profit and leaving us with nothing. With this model, you basically kill the animals where they are, which is far more humane, and it produces a cleaner product going to the consumer; the carcasses are aged properly, and then cut up somewhere in the urban center, or near where the consumers are.

Friesla is the name of the company that provides these facilities, and I just think it’s a brilliant way to rebuild infrastructure, and do it either in a mobile, or in this case, in this slide, a modular type of an approach. And so, if you don’t plan on moving the unit, which I would recommend you not do, because by using it in a sort of docking station type of format, we can really control everything—we can control the water, the electricity, we can control the slaughter waste and we can also control the animals in a good corral system, where they can be humanely euthanized. And so this is our idea, what we’re working on in Colorado, in Kansas. All across the country, we’re starting to see much more interest in this.

But we’ve got to have the support of the consumer. Without the support of the consumer—being willing to buy their food from these sources, it can’t survive. And this food doesn’t need to be more expensive: We’ve cut out a lot of the unfair profits that the big meatpackers and retailers and food service companies have been taking, and just basically sent it back to where it belongs. It belongs at the farm and ranch gate; workers deserve to be paid a fair price for their labor. We take good care of the environment; this is a beautiful, sustainable, and regenerative way to go.