The British System vs. the American System:Why the Collapse is Inevitable

This is the edited transcription of the opening remarks by Paul Gallagher to the Schiller Institute conference on September 6, 2020. Mr. Gallagher is an EIR Economics Intelligence Director. Subheads and an embedded link have been added. 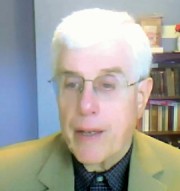 Between 1971 and 1973, banks of the City of London and its offshore centers destroyed President Franklin Roosevelt’s post-war Bretton Woods monetary and credit system. London’s offshore banks broke all the Bretton Woods rules in the dollar “carry trade” known as the eurodollar and petrodollar markets. These markets resumed the standard British banking model—lending directly at very high interest rates to sovereign governments, in this case to developing nations.

By 1980, these British banks had Wall Street in tow, and through these markets, had hosted two gigantic oil hoaxes, generated rampant inflation throughout industrial countries, created a growing “Third World debt bomb”—and the world economy was awash in speculation in currency values, interest rates, etc. In another five years after that, the vast majority of new dollar currency was actually being created in London for speculative purposes.

It is this “offshore London” floating-exchange-rate system which, after 35 years of de-industrialization and financialization of all economic activity, reached its collapse in the huge implosion of financial derivatives markets which set off the global financial crisis of 2008 and the so-called Great Recession. Since then, more than a decade of absolutely heroic Keynesian money-printing by the major central banks of the United States, Europe and Japan has failed to generate industrial recovery, any productivity, or even inflation, and has put seven dollars of debt and derivatives on top of every dollar of largely non-productive GDP. This floating-exchange-rate system is set for one more financial blowout, now, triggered by the unpayable corporate debt bubble and its derivatives, and which will have no “recovery.”

At the Bretton Woods conference after World War II, a British plan had been presented by, among others, the celebrated economist John Maynard Keynes, which reflected the idea that the source of wealth in the post-war world, as before, would be trade, and trade “preferences.” The International Monetary Fund was to have the function of “balancing” world trade: Countries with trade surpluses would be steered into spending them on imports from deficit countries, thus eliminating the surpluses. If they did not do so within a certain short deadline, the IMF’s proposed “clearing agreements,” as they were called, would confiscate the surplus. Effectively, surplus nations were not to accumulate those surpluses, nor use them as capital for domestic development. A world currency, or what was called an “inconvertible unit of account” would be created to manage these so-called “clearing agreements.”

Keynes’ theories aside, the British delegation demanded that Britain’s “imperial trade preferences” be maintained within a “sterling bloc” inside Bretton Woods. And they were.

The American System of Physical Economy

Nonetheless, shaped by FDR, the Bretton Woods system clearly reflected the American System of economy. It aimed to stop international speculation—that is, capital moving across borders for speculative purposes. Currency exchange rates were stabilized, nearly fixed, not on a gold standard but linked to the dollar and based on gold reserves. Exchange controls were encouraged, capital controls were permitted to any nation. Interest rates on deposits were limited by national laws to stop boom-and-bust “carry trades.” Commercial lending banks were separated by law from speculative investment banks in the major industrial nations. FDR’s purpose for the World Bank—which, unfortunately, was not realized—was to issue credit for the most important development projects in the underdeveloped nations.

This American system of economics was developed by Alexander Hamilton. As first Treasury Secretary, Hamilton confronted two basic ideas of what generates wealth and value in an economy.

The French Physiocrats said the source of economic wealth or profit was land; it alone could return or generate more value than was put into it by human labor and capital, which merely reproduced their own value from one cycle to the next. In one way or another, this was widely believed among American independence leaders.

The English economic schools taught that the source of value is trade—being able to buy cheap and sell dear—and therefore a country must produce what it can export at the greatest return and import cheaply wherever possible. This is taught now as the idea of “comparative advantage.”

Adam Smith wrote, over and over again, in various ways in his Wealth of Nations:

Were the Americans … to stop the importation of European manufactures, and, by thus giving a monopoly to such of their own countrymen as could manufacture the like goods, divert any considerable part of their capital into this employment, they would retard instead of accelerating the further increase in the value of their annual produce, and would obstruct instead of promoting the progress of their country toward real wealth and greatness. …

So, don’t try to develop a full-set economy, they said; you will lose.

The British-India colonial relation epitomized this British “free trade” doctrine of economic wealth. Colonial India for more than a century after 1820 ran a large trade surplus with the world—40% of it from forced opium sales to China. India was compelled to use all of that surplus, and more, to buy manufactured goods and gold and silver from Britain, with which it had a large trade deficit throughout the same time.

This was the system of “imperial preferences” which was the subject of heated arguments between Franklin Roosevelt and Winston Churchill over post-World War II economic policy. India’s capital was not invested in India, but flowed steadily, as it was accumulated, to Britain through so-called “trade,” and remittances by British colonial officers. Indian agriculture, though it was producing most of those exports which produced that trade surplus with the rest of the world, lost the capacity to produce food reliably at all, and tens of millions of Indians died in unprecedented famines during that period.

The True Source of Economic Value

When Treasury Secretary Hamilton wrote the reports presenting the American School economics, he had determined that the source of economic value is the human, creative invention, applied to increasing the skills of labor and creating artificial labor in the form of machinery. His 1790 Report on Manufactures to the U.S. Congress began with a direct statement and refutation, first of the Physiocratic doctrine, and then of Smith’s Wealth of Nations. He had to fight his contemporaries to spread the idea that manufacturing not only created as much new value as land, but more; and increasingly more with more diversity of manufacturing and more division of labor; and still more with more human creative invention.

In that report is found Hamilton’s most famous statement on human creative invention and economics:

To cherish and stimulate the activity of the human mind, by multiplying the objects of enterprise, is not among the least considerable of the expedients, by which the wealth of a nation may be promoted.

He also wrote there:

Experience teaches, that men are often so much governed by what they are accustomed to see and practice, that … improvements are adopted with hesitation, reluctance. … To produce the desirable changes as early as may be expedient, may therefore require the incitement and patronage of government. … It is of importance that the confidence of cautious sagacious capitalists … should be excited. And to inspire this description of persons with confidence it is essential, that they should be made to see in any project which is new and … precarious, the prospect of such a degree of … support from government, as may be capable of overcoming the obstacles inseparable from first experiments.

One of Hamilton’s significant principles is his description of the proper nature of banks. Banks were to gather the savings of the nation as deposits, and put them at the disposal of those able to use those funds most productively, at a given time, by lending, primarily to productive businesses, secondarily to individuals and households. They would not speculate in securities, brokerage or real estate (as various kinds of investment partnerships do). This is what we know as the commercial bank; in the British floating-exchange-rate system, it was gradually displaced by the gigantic universal banks of Wall Street and London today, and Glass-Steagall, the principle, was abandoned.

The national bank Hamilton created, the Bank of the United States, was simply a larger commercial bank that explicitly pursued national, “public purposes,” including ensuring sufficient circulation of properly funded national debt in the form of gold-reserve currency; and which issued credit for national projects of new economic infrastructure.

The Bank of England was in no way Hamilton’s national banking model. It was formed as an investment partnership of wealthy brokers in 1694 to lend more than one million pounds to the British government at the very high rate of 8%. And on April 8 of this year, some 325 years later, the Bank of England was still announcing its intention to lend money directly to the English government as needed.

Hamilton’s principles required that the government sell adequately funded debt to its people and private institutions, not to its own national bank. Hamilton said the national bank he proposed and created in 1790 would hold government debt, acquired from the public, as its capital; would take deposit accounts from the public as well; and would lend to companies and institutions which were creating new manufacturing capacities and new economic infrastructure. This new national credit institution would act to combine public capital with private capital for investment “in public purposes,” and not with the aim of high return on private capital.

Lyndon LaRouche went beyond Hamilton in defining what kind of human invention, when realized by credit, takes society forward. It must be, as it has been in America’s economic history, until recent decades, invention which increases the energy-flux density of technologies in use, therefore the productive power of the average person and the potential population-density of society.