This article appears in the October 23, 2020 issue of Executive Intelligence Review.

‘Then and Now: Why Roosevelt’sExplosive 1933-45 Recovery Worked’ 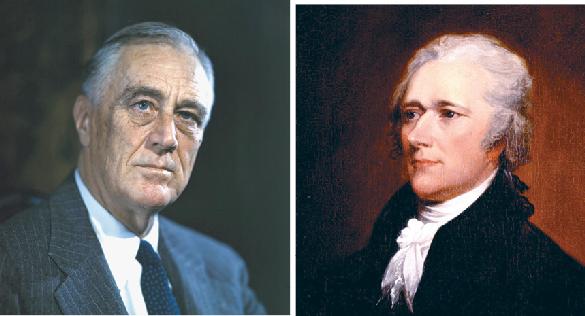 Oct. 17—EIR first published the groundbreaking article, “Then and Now: Why Roosevelt’s Explosive 1933-45 Recovery Worked,” on President Franklin Roosevelt’s economic recovery from the Great Depression, in 2002, in a special report which featured Lyndon LaRouche’s warning of the then-coming global financial crash and what some called the Great Recession. LaRouche’s contribution to the report, “Economics: At the End of a Delusion,” is available here.

Richard Freeman’s description still gives you the most complete overview of how FDR used “American System” credit policies to build and rebuild U.S. electric power and industrial muscle, and employed scientific breakthroughs to drive the mobilization for World War II. Freeman discovered and proved, for the first time, the direct connection of FDR’s policy thinking to that of the first U.S. Treasury Secretary, Alexander Hamilton, through both Roosevelt’s own studies and through his own family’s history. He also brought to life the amazingly wide range of credit-supplying activities of the Reconstruction Finance Corporation (RFC)—the closest approximation to Hamilton’s national bank that the Congress would allow Roosevelt to create.

FDR justified the expansive power of the U.S. Constitution’s general welfare clause, as it was laid out by Hamilton in his 1790 Report on the Constitutionality of the National Bank, and as it was employed before Roosevelt, by Abraham Lincoln in Lincoln’s launch of the United States to become the world’s leading industrial nation. In Freeman’s report you are actually seeing the reindustrializing potential of a second Trump Administration, if Lyndon LaRouche’s basic credit and science policies were to drive it.

Freeman’s article was serialized in the April 26, May 3, and May 10, 2002 issues of EIR. That series can be found through the following links: