This article appears in the October 30, 2020 issue of Executive Intelligence Review.

For the Rescue of the Nation, the Committees of Correspondence in Action 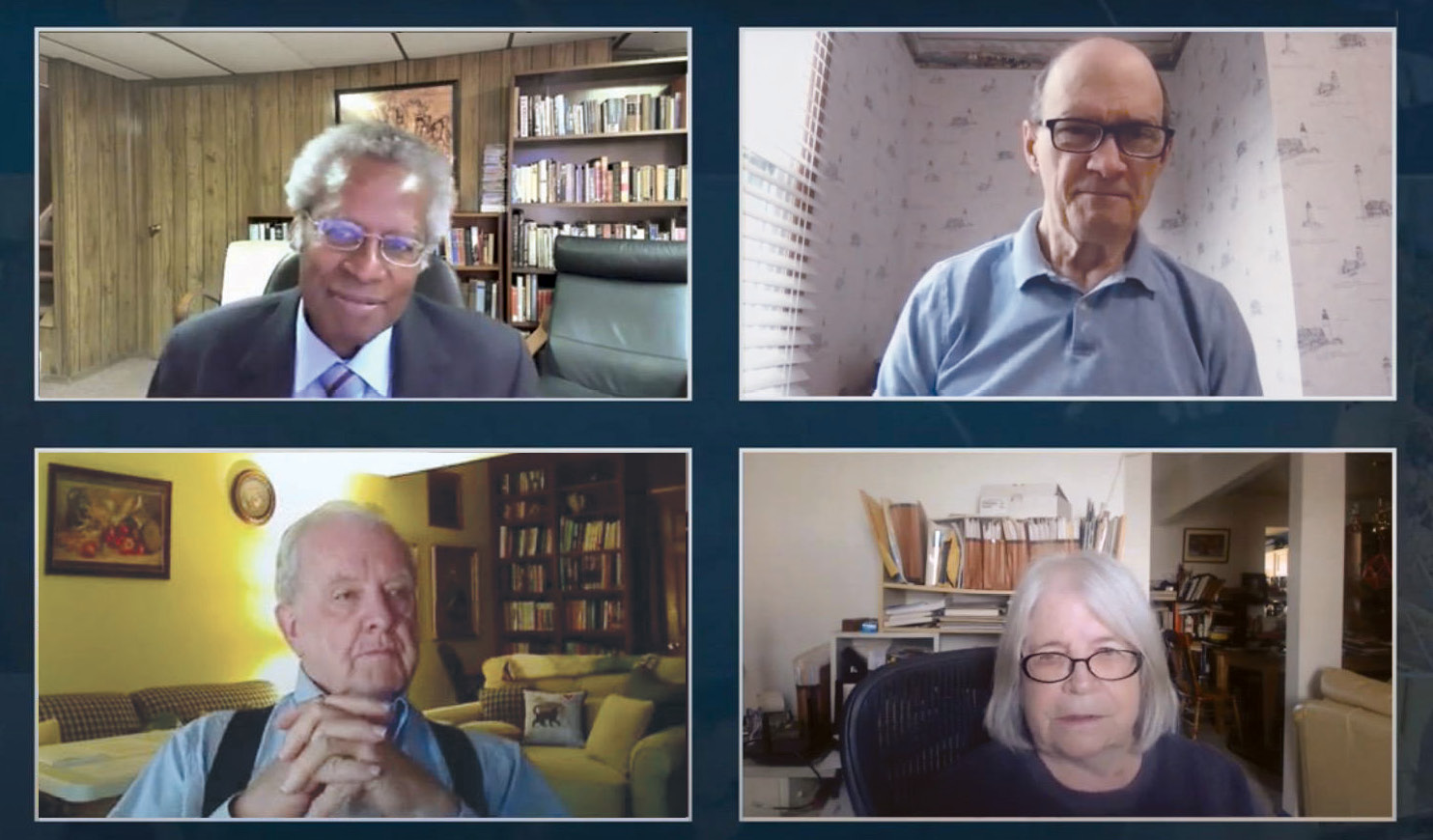 The October 20 discussion with former National Security Agency Analyst J. Kirk Wiebe, the NSA’s former Technical Director, William Binney, and LPAC’s Barbara Boyd, was a partial realization of the idea of the Committees of Correspondence in action, a “proof of principle.”

Several of the participants were persons who have recently had their own internet presence—sometimes reaching millions—challenged by the less-than-subtle suppression now being engaged in by DARPA-crafted extensions of the Military-Intelligence complex, which you know as Facebook and Twitter. More such will happen if not stopped now.

To that end, those assembled made clear, in their respective questions and presentations, how they viewed the importance this mobilization effort, not only of Wiebe and Binney, but of LaRouche PAC as a forum for this discussion and the dissemination of intelligence capable of changing the direction of the national discourse in a matter of days.

For example, one of the last comments came from a moderator of a Reddit platform, who remarked that he was one of the few moderators who ever uses his own name. This shows the actual level of fear, much of it justified, which exists among those intelligent enough to discover and investigate the actual way that the cultural warfare apparatus of the United States and Europe has worked, including on them, particularly with respect to the Presidential race of 2020.

Kirk Wiebe’s deep displeasure at that moderator’s resolution to sit out the presidential election, to not vote, as he had done in 2016, was palpable. Wiebe’s insistence that, if viewed from the standpoint of the Constitution, there was no comparison between the two candidates, was not a denunciation of the moderator, but an attempt to make him confront the significance of his own critique of the present social moment.

In Wiebe’s opening remarks, he said that,

Civil wars begin as vehement, visceral disagreements about essential things. The question is whether we are to be a Constitutional Republic—can we keep it?

If we cherish the knowledge that the American people are due to make a decision when they vote in this November election—I hate to think how many votes have been cast [already] without the benefit of the truth being known about one of the two candidates for President this year.

Wiebe identified this as information warfare, part of an orchestrated plan to deny truth.

Several participants have had, or presently have platforms that reach millions of people. The purpose of today’s discussion was to provide content to the participants that they could immediately use in their own joint “united front” work with us.

One of them had something posted before the end of the session. Tim Canova, a First Amendment lawyer who ran a 2016 Congressional campaign against Debbie Wasserman Schultz, former Democratic National Committee (DNC) head, was literally on his way to teach a class, and got on both to listen to the opening remarks and to express his appreciation for everything we were doing, and particularly to Kirk Wiebe and Bill Binney.

Several of the interventions of Barbara Boyd were launched for the purpose of filling out many of the salient points made by Binney and Wiebe in their responses to the individuals who asked questions or made comments. In her opening presentation, Boyd spoke about what she termed the 2020 “lawyers’ coup” being run in the bowels of the elections process by 600 lawyers, operating, whether they realize it or not, in the shadow of the Nazi jurist Carl Schmitt. She said that coups come out of an effort to change a culture, and the machinations of an elite that tries to control public dialogue.

Boyd added that the February 27, 1933 Reichstag fire was a staged event to produce a certain result. Schmitt had said that the way you can shift a culture is in the jaws of an extraordinary situation, like a financial crisis. You attack the perceived norms of the society. Article 33 of Germany’s constitution at the time, stated that under certain conditions the law can just be thrown out.

She said that the Reichstag fire was the incident used to put Hitler into power. After that, they deployed for a revolution in thought. The first thing that happened was a revision of the German criminal code to punish what amounted to thought crimes. The Nazi regime was initially democratic. “We govern by plebiscite” was the fig-leaf used to impose a thoroughgoing dictatorship, both in Germany as well as in Austria and other nations. Today, we see a “billionaires to the barricades” coup by the elites who despise the working class, whom they call “the deplorables.”

There was a particularly pregnant-with-possibility discussion between Daniel Estulin and Bill Binney, about how to wreak havoc in the intelligence community by training hundreds or thousands of young people on how to devise various forms of encryption that could flood the “universal surveillance system” and drive the Panopticon’s authorities crazy. This sounded suspiciously like the kind of tactic that the late Rev. James Bevel might have devised to confound a dictatorship which, like all dictatorships, lacks a sense of humor. Binney became visibly happy at the prospect of moving the conflict to a battlefield in which he is a unique master.

If we can convince people that there is something they can do, which they could never have done before, that is, to change the course of history by activating the nation to defend the Presidency, they will do it.