At This Nation’s Most Dangerous Moment Ever, the President Can Win the Election 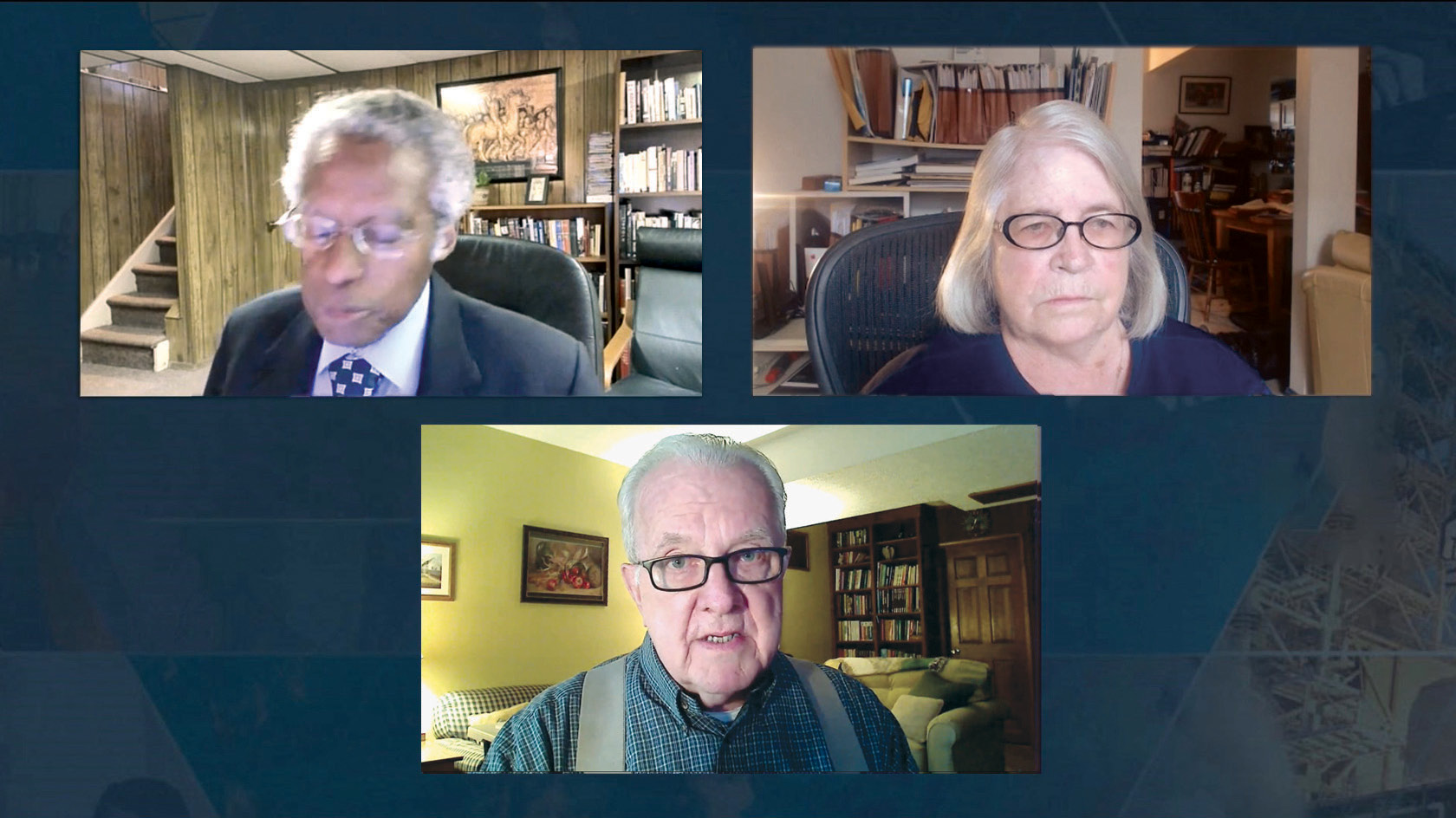 This is the edited transcript of the opening presentations by Kirk Wiebe and Barbara Boyd to an October 20, 2020 Live Internet Press Availability sponsored by the LaRouche PAC. Dennis Speed moderated the event. Questions were submitted by various independent media outlets and the Internet event was joined by Roger Stone. Stone’s opening remarks follow this article.

Dennis Speed: Welcome, everybody, to today’s press availability with Kirk Wiebe and Barbara Boyd, sponsored by LaRouche Political Action Committee. We’ll begin with opening statements and then have some discussion. We sent out a statement to the participants here titled, “No Zombie Election—Time to Discuss the Truth,” which is the general topic here.

Kirk Wiebe: Hello to everyone. Thank you for joining us today. I’m going to be brief in my opening statement because everyone who is watching, no doubt knows that we are in the biggest, most serious battle for truth that we have ever seen in these United States. I’m 75 years old, and never in my life have I seen the propaganda war, the censorship, that’s going on, to stop the truth from getting out!

I’m going to tell you that this is as bad, in these United States, this so-called nation of freedoms, this is as bad as anything the Soviet Union ever did. And in fact, I’m going to tell you the censorship is probably more effective today, than the Soviets could have done, because they didn’t have the Internet at their disposal. Today, we have many news outlets, many social platforms—and yet, most of them are distorting or blocking the flow of truth about the Biden family, and about Anthony Bobulinski, the man who’s blowing the whistle on the corruption and the international influence-buying that’s going on, or that went on—no doubt is still going on. It is absolutely shocking!

And yet, if you look around you, you wouldn’t know anything like this was happening. It’s almost surreal—everyone’s going to work, people are getting paid, they’re eating lunch, they’re on vacation, they’re getting in their cars, they drive to—everything seems normal. And yet, our minds are being controlled by people who are hell-bent on people denying us the truth.

This is the most serious moment in our nation’s history. And I worry about what this means for the near term, let alone the longer term. 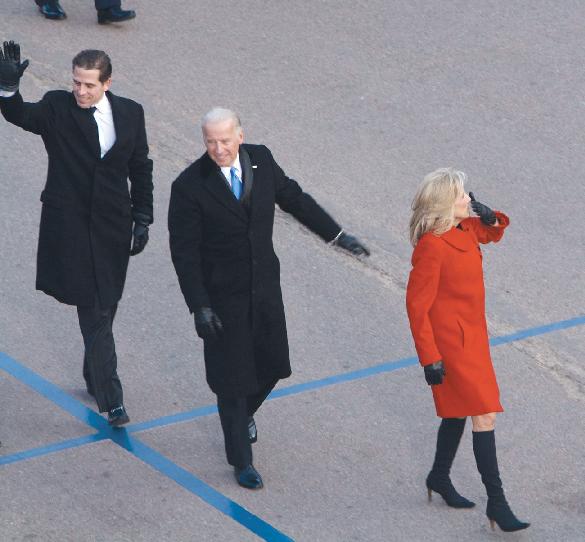 CC/acaben
Hunter Biden was up for sale, and what he was selling was the office of the Vice President of the United States during the Obama Administration, to several foreign governments. Here, the corrupt Biden family—Hunter, Joe, and Jill—in Barack Obama’s Inaugural parade, January 20, 2009.

Barbara Boyd: I don’t think I could top Kirk in terms of the actual expression of what is actually happening, and what the environment is out there. You have a story, which from any standpoint of a legitimate news story, is out there. It essentially says that Hunter Biden, not the drug-addled person we’ve been led to believe he is, was up for sale, and what he was selling was the office of the Vice President of the United States, during the Obama Administration, not to one, not to two, not to three, but to several foreign governments: Among them, the Chinese, most particularly; but also that nest of corruption in Ukraine.

People will recall, that when the President of the United States on a telephone call with the new, incoming President of Ukraine, just simply referenced the corruption of the Biden family, he was immediately, almost, subject to impeachment proceedings before the United States Congress. This is a taboo subject.

Why is it taboo? Basically everything the Democrats did in 2016, to the Trump campaign, and in the transition, was done through precisely this nest of corruption, this known nest of corruption. It is not like it was not known what Hunter Biden was. As a matter of fact, the opposition research file for the Hillary Clinton campaign in 2016, published an exposé of Hunter Biden and Joe Biden’s weakness in the New York Times! It was a shot across the bow, telling Joe Biden, “don’t run against me.”

We’ve had an entire coup d’état with the Clinton machine right in line with the intelligence community, in line with the British and certain geopolitical magicians who actually seek to determine the future of this country for the next 50 years. And the way they intend to do it, is precisely what you’re seeing now: A major news story, a laptop computer with all the dirty dealings, some of it crude, some of it obscene, some of it so ridiculous you don’t even want to go there, but in significant respect, detailing a criminal and a money-laundering operation into the Vice President’s office, has been made public by a guy who inadvertently ended up with it, because he was repairing it. And on it, he found all sorts of things, and the FBI said, “Oh, we don’t want to touch that.” And then they thought about it, and then the FBI said, “We’ll come back, and we’ll take it.” And they did—they took it over a year ago,—and they sat on it, during the impeachment proceedings. In other words, the things which could have been used to say, “that was a perfectly legitimate question by the President of the United States of the incoming President of Ukraine. What about this?” Is your government for sale?

Burisma, if you know the story, actually took U.S. aid money and just stole it, outright! Was that a legitimate question for the State Department? You bet!

So what you have here is pretty astounding. Hunter Biden’s business partner, who met with Joe Biden personally, was on Carlson last night. Nobody else would air it, other than the President himself at a rally, and Tucker Carlson, who apparently had to get permission from Fox News to air it, and they agreed, reluctantly, at least as Tucker portrayed it, to air it. And he said, what Joe Biden has been saying is absolute BS. Tucker said that Biden did know about these business deals, that he was the “chairman” of this money-laundering, corrupt enterprise, which had all sorts of nefarious foreign influences in it and on it. 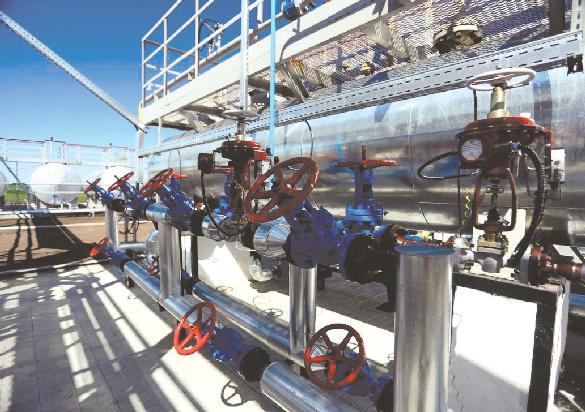 After all, these guys think that basically they’re going to control China and they’re going to control Russia, and it’s all going to be one, big globalist paradise in the end. That’s their theory. And we’re all going to make tons and tons of money, and all those deplorables out there, and all of those working in the middle classes—well, you know, you chose to be where you are. You didn’t actually get in on our scheme.

It truly is Orwellian. It is very scary, but it also has exposed people to just how far we’ve come down this road of allowing ourselves to be controlled, of the Constitution itself hanging by the thinnest of threads when it comes to the First Amendment, the Fourth Amendment, the Fifth Amendment, all of the things which we treasure as guaranteed American rights.

We do not have a free press. The free press exists among people who are on this call, and among all of the independent people out there who are trying to get to the truth, and trying to get the truth out, but totally divorced from the mainstream media. They’re completely controlled. But were one of them to publish this story today, you would have all of their advertisers start to pull out. That’s how the game is actually being played now. It’s a little wonderful thing called “corporativism,” otherwise known as fascism. You can look it up, and you’ll see that my discussion is really quite precise. 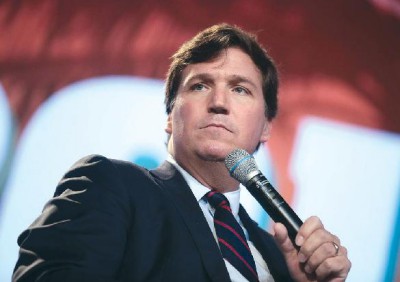 But I think what we need to talk about today is, given this is the situation, how do we think about the next week, week and a half; how do we actually think about shifting the whole thing, what kind of education do we have to give to the American people, who are very much awakened; there is a mass strike going on out there. If you actually see the footage which I accumulated for a video we just did this week, it’s everywhere! People with hand-written signs, people with handmade floats, people with flags on their cars, people organizing spontaneously by going to their local newspaper and saying, “Hey, I got a Facebook group, please come to my Facebook group for a Trump rally,” and then setting up the Facebook organizing around the thing, and 2,000, 3,000, 5,000, 10,000 people are in these parades all over the country—including in places where people think that’s a “blue state”—New York, New Jersey, Staten Island, California. And it’s like, you know, a situation in which they’re blacking that out also! Don’t you think this would be a pretty major thing to look at when this is occurring all around people? 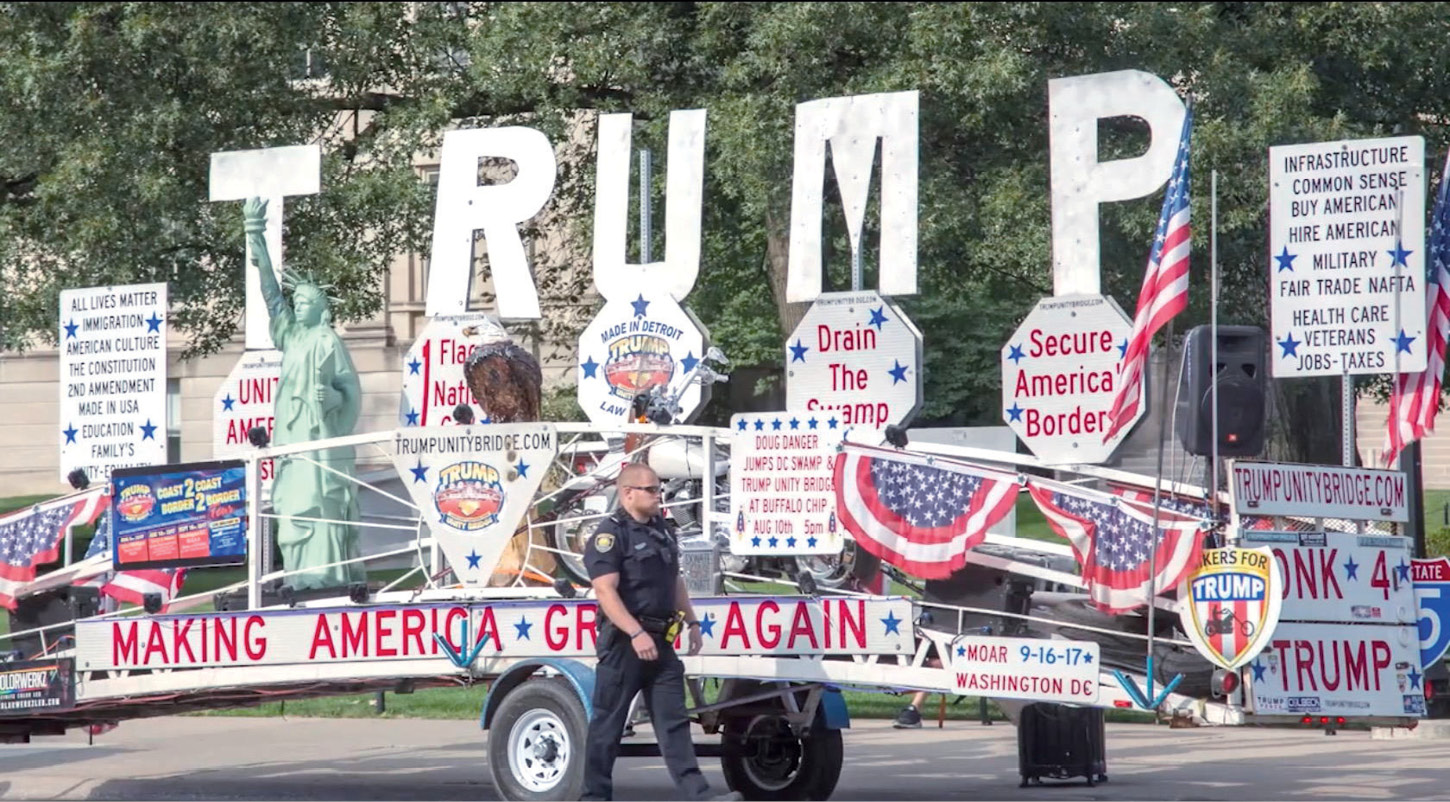 CC/Tony Webster
Expressing the enthusiasm for President Trump’s re-election, a Michigan resident is driving a decorated float, what he calls the “Trump Unity Bridge,” all across the country.

Why is it occurring? It’s really simple. They want to try to hold down the vote for Trump, by any means necessary. They want to make people feel like, “I’m just an individual out here, I’m not going to step out of being scared, etc.” If you just take a drive around, you’ll find that there’s Harris/Biden signs out, but there’re not very many of them out! I just did a little survey today, taking a drive around Loudoun County, Virginia. And normally, what you’d see is, you’d see two sets of signs. You wouldn’t see Harris/Biden enthusiasm. What you actually see, is maybe one every ten blocks, nobody else has signs out—why is that? Because that’s the silent majority out there, who are scared, who know that if we put that Trump sign up—we had an experience with this, this week, where we actually had to hang Trump signs in the trees, to actually prevent a wild neighbor of one of our friends here from actually, taking them down and destroying them.

So the point is, the American people are really on the march. And whatever happens on Tuesday, they need leadership, they need to be told basically, “here’s where we go next, here’s the policies, here’s the program we’re campaigning for, here’s how we actually clean up this mess, because we’ve got to win, and that’s the issue.