After 25 Years, Release of French Documents Proves the Injustice Done to Candidate Cheminade 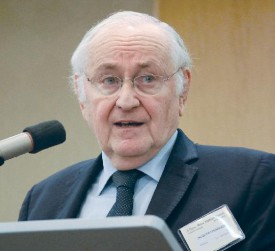 Oct. 24—In a clear phase-shift preceding the French presidential elections of May 2022, major French media outlets—including the widely heard radio stations France Info, France Culture, and France Inter—have at long last provided detailed coverage of the way the French Constitutional Council (the highest judicial authority of France), during the summer of 1995 and through October of that year, validated the absolutely fraudulent presidential campaign account filings of several leading candidates in the just concluded May 1995 election, while rejecting without grounds that of Jacques Cheminade, the candidate of the Solidarity and Progress Party, thus denying him the mandated reimbursement for his campaign expenses.

The event that precipitated the unraveling of this fraud, after 25 years of secrecy, was the release of the records of the proceedings of the Constitutional Council into the public domain. On Monday, Oct. 19, the very first day of their “becoming public,” a special ten-person journalistic team, the “Inquiries and Investigations Department” of Radio France, sent journalists to the National Archives to go through the records.

What they found confirmed everything presidential candidate Cheminade had declared 25 years earlier: The official result of the 1995 election was a mixture of fraud, injustice, and crime. The newly elected French President, Jacques Chirac, as well as his main contenders, Edouard Balladur and right-wing populist Jean-Marie Le Pen, all had several manifestly illicit transactions (both in terms of income and spending) registered in their campaign records, and yet they all saw their campaign funds validated, and were therefore reimbursed for nearly all their campaign expenses. On the other hand, the campaign accounts of Cheminade, a friend of Lyndon LaRouche and an enemy of the financial oligarchy, who was viewed as an “outsider,” were invalidated and rejected under a pretext invented for the occasion, deliberately creating enormous financial problems, political isolation, and then eventually personal bankruptcy for Cheminade.

Both Chirac and Balladur flooded their accounts with “funny money,” i.e., huge amounts of cash from unknown and very dubious origins and used subterfuge to hide the real costs of their campaigns. Balladur, the incumbent Prime Minister, deposited four bags containing 10.25 million francs into his campaign account in the form of 500 Fr banknotes, claiming they had been derived from the sale of campaign T-shirts, whereas nobody would ever use such a large denomination banknote to pay for such an item.

It has been revealed in the last several years that Balladur, as Prime Minister, had channeled funds coming from kickbacks in weapon sales by the French government, financed from secret accounts of the French secret services, into his own political campaign. On August 27, 2020, an AFP wire reported that Balladur “will stand trial next year over allegations that kickbacks from an arms deal with Pakistan helped finance his failed 1995 presidential bid.” Balladur had been charged in May 2017 with “complicity in misuse of corporate assets and concealment” regarding the sale of submarines to Pakistan in 1994. He was then Prime Minister. 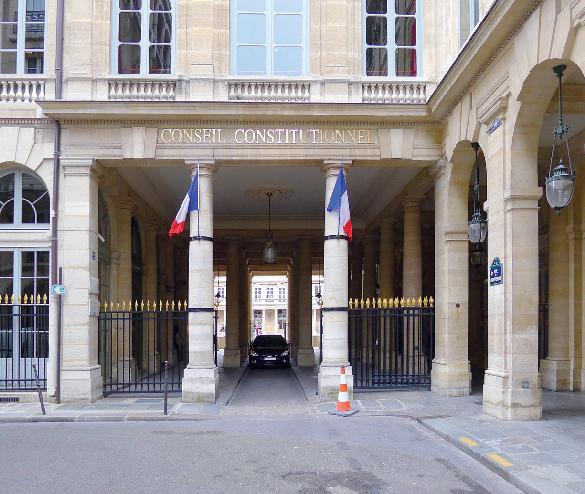 CC/Mbzt
The French Constitutional Council rejected, without grounds, the financial filings of Jacques Cheminade in his campaign for President of France in 1995, while validating the illicit transactions of his opponents.

According to the press reports, the records of the Constitutional Council confirm the frenetic effort of its president, Roland Dumas, an intimate of Françcois Mitterrand, to validate, at any cost, Chirac’s election. While four of the nine members of the Council were in favor of rejecting Balladur’s campaign account, Dumas, with his vote against rejection, made the decisive move, arguing that if Balladur were rejected, it would be impossible to claim Chirac’s campaign account was clean. Le Pen’s account, which was also completely irregular, was validated for the same reasons.

For Cheminade, however, there was nothing of the sort. As France Info reported: “Upon arrival, Jacques Cheminade was the only candidate whose account was effectively rejected that year.” Those checking his account for the Constitutional Council claimed that, because he received a large loan from a campaign supporter, at zero interest, it was instead a contribution—a totally illegal assumption—and also claimed, without evidence, that he might have tried to “invent ‘fictitious’ expenses and revenues to increase the state reimbursement to which he was entitled.”

France Info added: “But they did not have absolute proof of this. While they have regularly argued that ‘the candidate must have the benefit of the doubt’ in the cases of the Chirac and Balladur accounts (which they accepted), the ‘Wise Men’ decided to sanction the ‘minor’ candidate. To do so, they had to find a legal basis. They alleged that the absence of interest on a loan of 1.4 million francs could be deemed an illegal donation.” 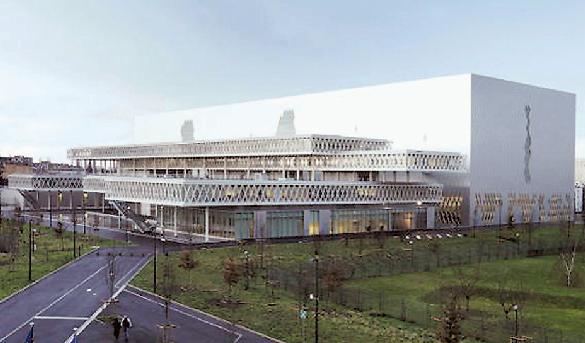 Archives Nationales
Official records just released at the French National Archives confirm that the official count of the 1995 election was a mixture of fraud, injustice, and crime, as Cheminade has been saying for 25 years.

Cheminade responded to these reports in his editorial for the monthly Nouvelle Solidarité, and in a longer, more detailed statement, translated from the French in this issue of EIR. While the revelation of this state scandal is a healthy start, the media are not yet ready—as should be required at this dramatic historical juncture—to debunk entirely the fraudulent allegations against Cheminade.