Bill Binney was at the National Security Agency (NSA) for 36 years. His system, known as ThinThread, would have been capable of preventing the 9/11 attacks from occurring, had its use not been prevented by NSA Director Michael Hayden and others at the NSA at the time. Ed Snowden and others have spoken of Bill as a pioneer in the pursuit of truth against digital dictatorship. 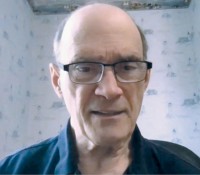 I’d like to address two basic things here. First, I’d like to say I’ve been reading about the case that Ty Clevenger, who’s a lawyer representing Ed Butowsky in a lawsuit involving the FBI and the discovery of information about the Seth Rich exchange of data with WikiLeaks. It just came out today that the FBI suddenly found over 20,000 pages of information related to Seth Rich. And, they also had his computer, and on that computer, it was reported today, was evidence of him passing information, the emails from the Democratic National Committee (DNC) to WikiLeaks, asking for money for the rest of them, or something of that nature.

That’s basically what Sy Hersh’s conversation was all about that was recorded by Ed Butowsky, I believe, early on, and that was what was posted on the web, and people heard that. Sy wouldn’t publicly say anything about it, because he didn’t want to compromise his sources. But what that does is, it says that the FBI has known all along, even before the inauguration of President Trump, that the information that WikiLeaks had, had nothing to do with the Russians. It has an insider doing that job.

Now, we knew that from the forensics of the data that was published by WikiLeaks—simply by looking at the last modified times on all the 35,813 emails that were posted—that they all had the same even ending-numbers in terms of last modified time. That was clearly a forensic proof that the data was downloaded to a thumb drive or a CD-ROM, some memory stick, and then physically transported before WikiLeaks could post it. Which said to us that it was an inside job; we couldn’t say who it was that did it, but we could say it was an inside job, not a hack coming from Russia extracting data.

I think it was in January 2017, that Shawn Henry—he used to be the CEO of CrowdStrike—was testifying to the House Intelligence Committee, and he said that they had evidence that the data was prepared for exfiltration, but they never saw it being exfiltrated. That’s because it didn’t go across the web; it went down to a thumb drive, and when it did, it probably modified the times on file in terms of the data stored in the DNC. That’s how he said it was prepared to be exfiltrated, but he never really said how.

All of that says to me, the lie from the beginning has been known and is provable now to have been known by the FBI as well as everybody else.

But still, the use of that Marble Framework program being said in WikiLeaks, and the Vault 7 material said it was used once in 2016. And we tied that with that Guccifer 2.0 material that he posted on the 15th of June of 2016. That clearly again was also found later on, published by WikiLeaks in the John Podesta emails, and in the Guccifer 2.0 emails, the Russian fingerprints were there, but in the posted WikiLeaks data, those fingerprints were not there. Which said that Guccifer 2.0 inserted them, and that’s typical of what the Marble Framework program did, and Vault 7 said it was used once in 2016. We said, well there it is. And that all points back to CIA as the origin of this.

Now, I told this to Pompeo when he was the Director of the CIA, and said all these agencies are lying to you and the President. He said he couldn’t believe that, because he thought, well all these are good Americans here. Well, he’s finding out they’re not; and it’s coming out now more and more that we have a real corrupt set of criminals in charge of our government down there. And they’re the bureaucrats, not the elected people. They go along to get along internally in the government. The real bureaucrats are the ones running the place, and that’s what the IC [Intelligence Community] and all this has all been about.

And the election fraud is the other issue I want to address. About June of this year, we sent 54 registered letters to all the Secretaries of State of all the states in the United States and Guam and Puerto Rico and two others, saying that there are ways to fix and validate and rely on the real outcome of an accurate count of any voting process, and we would love to talk to you about it. Well, we heard from zero of them; none of them responded, whatsoever.

We were advocating looking at bulk information on those ballots and also using things like Census data, telephone White Pages, Yellow Pages, Social Security, lists of dead people, and those who have Social Security numbers and so forth.

Using all that data, crunching it together and saying, here’s the reliable valid data of all eligible U.S. voters in the country. We could buy a holding place and say here are all the eligible voters that can come and vote in your county. And if we had taps on all the voting as it occurred, we could monitor that as it occurred in real time, not after the fact. None of this late counting or any of that crap. Everything would be done right there. And it would be done once for every valid person, no matter where they were living; in what state, or whatever. They could have moved or be in different places, but they were allowed to vote one time. And that we could have figured out.

So, we went and started looking at some of this data that some of us had access to, and we found that in the case of—and I tweeted this out—in the case of Georgia, there were almost 2 million people with the same birthdate of 1 January; different years, but the same birthdate. If you just said there should be an equal number born on any given day of the year, that’s 365 times 2 million, which is 730 million people who must live in Georgia! So, that tells you that there’s something wrong there. That doesn’t say these people are guilty or anything, or that these ballots are bad. It says you need to look at them and verify them.

You’d look at other things like clustering and time of input. Like, those people that input all of those files after they threw everybody out, and then started throwing these ballots from under the table into the vote counting machines, they should cluster in time. If that happened, then a cluster in time showed commonality with all these birthdates of 1 January, then you know this is just more additional evidence of fraud.

I’m sitting here, I’m asking myself, I’m going to have to start tweeting about this, because where is the FBI, where is the Department of Justice? What are they doing? Why aren’t they investigating these people who are perpetuating this fraud on the voting? They should be going after U.S. Code 52; it’s the one that deals with election crimes. Why aren’t they pursuing this? This is obviously some criminal activity going on with the evidence of that video. Why aren’t they after those people to find out? Another thing. The guy in the center of it, who seemed to be the central point of it, was on the phone after everybody was thrown out, and then he hung up, and after they got all the votes in, he got back on the phone again after it was done, and then they left. Well, that says it might be that we’re starting this action, and then we’re ending the action. And he’s talking to somebody else, so who is that?

Well, let me tell you, NSA has got a record of all those phone calls inside the United States, and they could probably even get back to exactly what was being said. And do a translation of that and follow and trace the entire social network of all the people who were involved in these things. They all close down at about the same time, roughly. They throw everybody out, and then all of a sudden, these massive amounts of ballots came in after the fact, and it all tipped the balance to Biden.

So, this is further evidence of a coordinated conspiracy to subvert the election. That phone call could trace out and get the basic input as to what these people, who they were involved with to do this and achieve this. And therefore, by the FBI and so on putting pressure on them to squeal and open up the rest of the conspiracy, all these people should be put right into jail for violating the law.

And not only that. It’s just unfathomable to me that Americans would do this, would actually turn us into a banana republic. This is exactly what Stalin did, and all the dictators in the banana republics do. Let’s fix the voting. As Stalin said—or it’s attributed to him anyway—“It doesn’t matter who votes, or how they vote. It only matters who counts the vote.” And that’s what we have here.

Helga Zepp-LaRouche, in response to Mr. Binney’s interventions and the remarks of other speakers in the panel, told those assembled for the conference, “All that has been said requires further follow-up. I think the idea that this is a settled question will not hold. I think Harley Schlanger’s proposal for a special prosecutor and the other proposals are fully to be endorsed. The outcome of this is not a question pertaining to the United States alone. If the United States goes in the wrong direction, I fear this will have implications for every corner of the world. So therefore, I encourage as many people as possible to get engaged in this fight, because it does affect the future of us all.