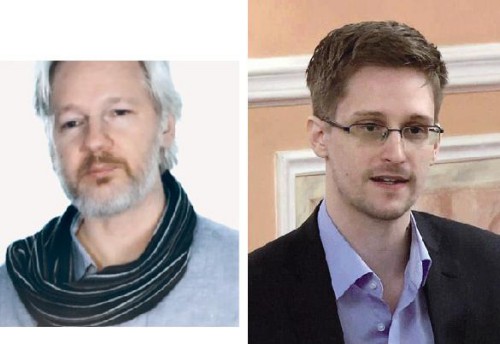 Dec. 18—The possibility that President Donald Trump may pardon WikiLeaks founder Julian Assange, now being slowly killed in a London prison—especially in the aftermath of the recent resignation of Attorney General William Barr—has raised a number of tantalizing questions:

Will the Russiagate “computer hack that never was,” so central to the present Assange incarceration and torture, finally be brought to light if he is released from prison? Will the criminal conspiracy against the U.S. Presidency that involved “Five Eyes” intelligence agencies, and City of London/Wall Street financial interests, be exposed, through the declassification and release of all documents essential to revealing the Russiagate hoax? Will these documents include relevant portions of the tens of thousands of pages Ty Clevenger has learned that the FBI has just acknowledged to exist in their files that are relevant to his request in a Freedom of Information Act (FOIA) lawsuit regarding information on Seth Rich? Will we perhaps finally see the release of these and other documents through the firings and/or resignations of CIA Director Gina Haspel and FBI Director Christopher Wray, following William Barr?

Swift, unexpected and unorthodox action by the President could now be the only way to reveal the true nature, and reverse the present outcome of the 2020 Presidential election. By allowing justice, through such actions, to provide a platform for Edward Snowden, an ailing Assange, National Security Agency whistleblower William Binney and others, to reveal how the surveillance state has nearly mortally wounded the American electoral process, just as it has manipulated and fixed elections throughout the planet for decades—regardless of where the chips may fall—Donald Trump could yet be inaugurated President in January 2021.

If the truth of the campaigns of 2016 and 2020 were finally told to the American people, whoever does that will have earned their undying support. And that truthful explanation will instantly reveal the bloody face of the Obama-Bush Administrations joined at the hip through their advocacy of war as the primary tool of diplomacy. 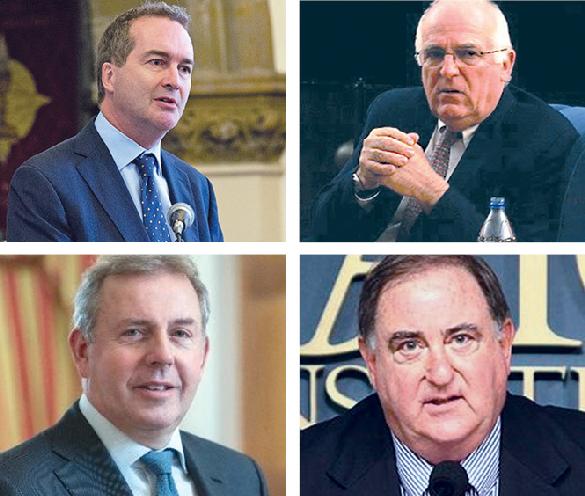 British Intelligence, Not Russia or China,Is the ‘Foreign Actor’

Have you noticed that, if one names China or Russia, many are quick to simply accept the idea of foreign intervention in the U.S. elections, but whenever the well-documented involvement of British intelligence in interfering in the United States elections and presidency in the past five years is brought up, “conspiracy theory” is the term used to reject that analysis? The names of British nationals Christopher Steele, Robert Hannigan, Sir Richard Dearlove, Sir Kim Darroch, and the American Stefan Halper—all of them attached directly to GCHQ, MI6, or the British Foreign Service—are only those operatives so far known to have directly fomented either the “Russia, Russia, Russia” story, or the “China, China, China” story. There may be many more.

Yet “it’s really hard for me to see how Great Britain is involved” is still used as an excuse by most not to face what has actually been going on. Ignoring the truth, however, becomes impossible when looking at the case of Julian Assange. Assange is being killed before our eyes in a British prison in order that the Russia fiction be preserved. How is this done? 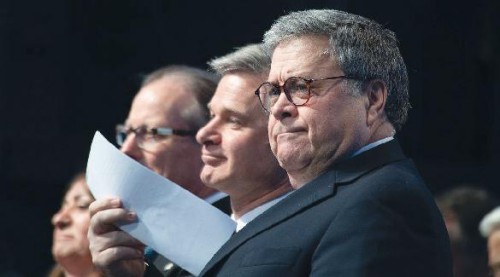 On February 20 this year, the Guardian newspaper printed the headline: “Donald Trump ‘offered Julian Assange a pardon if he denied Russia link to hack.’ ” Most media would be instantaneously discredited as hoaxsters, and reluctantly ever believed again, once Assange, along with knowledgeable others, were allowed to speak publicly about Russiagate. The cui bono—who benefits—from Assange’s silence, is the conspirators that originated, carried out, and hid the plot against the American Presidency—British, American and otherwise. As journalist Viktor Dedaj stated at the December 12 Schiller Institute Conference panel, “Hang Together or Hang Separately: Free and Sovereign Republics, or Digital Dictatorship”:

When Julian Assange was finally removed from the Embassy in violation of international law and even the Ecuadorian constitution, it only took a quarter of an hour for the British judge, first to insult him and then to sentence him to 50 weeks in prison for violating what? His ‘conditions of probation.’… But he [was] not just … sentenced to 50 weeks, but to 50 weeks in a high security prison. We will see that this is the only case to my knowledge in Great Britain, that a journalist, accused of nothing, in preventive detention, is locked up in a high security prison…. We saw a trial that almost took place behind closed doors, refusing by name the presence of about 50 NGOs, where 90 journalists had been accredited….

Edward Snowden, it should be remembered, was aided in 2013 by Julian Assange in his successful escape from Hong Kong. Snowden was then marooned in Moscow when his passport was revoked, thus making it impossible for him to travel further. National Security Agency whistleblower Kirk Wiebe has observed that, far from being a traitor, as many have asserted, Snowden may have been forced to act in an illegal way in order to preserve his sworn oath to the Constitution of the United States. 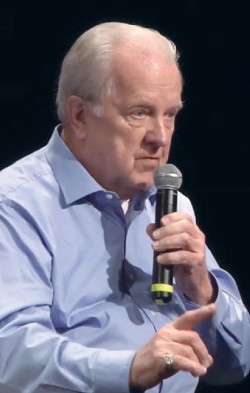 Snowden’s actions occurred several years after Wiebe, along with William Binney and Ed Loomis, and later joined by House Intelligence Committee staffer Diane Roark, had used “the approved channels and procedures” to report wrongdoing following their resignations from the NSA in 2001, only to be raided at gunpoint by the FBI and nearly railroaded and sent to prison by the Department of Justice in 2007.

President Trump’s recent indication that he might look to pardon Snowden, after Trump had years earlier even stated that Snowden deserved death, has deeply worried intelligence insiders, Republican and Democrat. These “deep staters” above all else want to draw attention away from the ugly truth. The systemic overthrow of governments, including through the manipulation and fixing of elections by members of the “Five Eyes” secret government arrangement, is standard operating procedure for what is called in the American intelligence world “Project Democracy,” first widely revealed to the American public by Lyndon LaRouche and Executive Intelligence Review in the April 1987 Special Report, “Project Democracy: The Parallel Government Behind the Iran-Contra Affair.”

The past is prologue. To understand how it came to pass that American intelligence agencies, acting in collusion with a British foreign power that no one cares to name, committed fraud against both the 2020 and 2016 elections, it is necessary to understand the use of Executive Order 12333 and other 1980s Presidential directives to reorganize and centralize many intelligence functions in the Office of the Vice President. (To understand the implications of this, think “Dick Cheney.”) E.O. 12333 and various other orders hastened the privatization of military and intelligence functions. Companies, sometimes referred to as quasi non-governmental organizations (“quangos”), infested daily American life—and then came the internet, developed originally for military use and afterwards illegally deployed for universal surveillance through criminal applications of programs originally designed to defend the United States, such as Bill Binney’s ThinThread program.

Studying the case of Lyndon LaRouche, and his 1984–1989 legal lynching, is the single most efficient means by which today’s American electorate can begin to understand the true nature of the grand crime against the Presidency presently being committed, a crime that will require, for its correction, LaRouche’s exoneration, as well as justice for Assange and Snowden.

In fact, whether Julian Assange is successfully kept alive and released from prison in the next weeks, or whether Edward Snowden is soon allowed to return home and assist in the process of cleaning out the “secret government” that has run the United States, is intimately tied to whether Lyndon LaRouche, economist, statesman, and Presidential candidate, is finally exonerated. Though LaRouche died on February 12, 2019, his exoneration now plays an even greater role in rectifying the destruction of the American Presidential system that has gone on for over a half-century.

The October 6, 1986 attempted assassination of LaRouche, and his subsequent prosecution, conviction and imprisonment, was not an attack on a “maverick political extremist,” as it was portrayed by literally thousands of printed and electronic media stories at the time. It was, because of LaRouche’s use of his Presidential campaigns to change the direction of the policies of the Reagan and other presidencies, that destroying him meant, in reality, a violent, near lethal assault on the American Presidential system. It was the same Presidential system that came under violent attack with the November 22, 1963 murder of President John F. Kennedy, the April-June 1968 double assassinations of Martin Luther King, Jr. and Robert Kennedy, and the March 1981 near-assassination of Ronald Reagan.

Lyndon LaRouche (1922–2019), economist and statesman, was for five decades the most controversial figure in American politics. He became a world-class threat through his United States Presidential campaigns. His 1970s denunciation of the genocidal looting policies and predatory lending practices of the International Monetary Fund, the World Bank, and the Anglo-American financial establishment in general, and his successful organizing of the Reagan-era Strategic Defense Initiative in 1982-83, earned him the undying enmity of the “baby doomers” that have now huddled around the multi-trillion-dollar financial scam known as the “Green New Deal.” 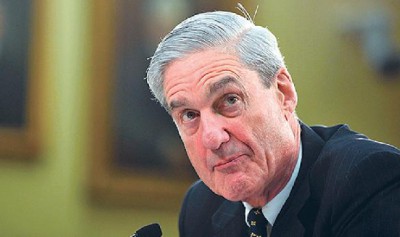 LaRouche had to be taken out, or at least, down. That attack was coordinated through the privatized intelligence route , including the April 1983 establishment of a “Get LaRouche Task Force” headed up by New York investment advisor John Train of New York, and involving multiple intelligence agencies. Individuals such as London’s favorite Secretary of State Henry Kissinger, also played a central role in initiating fraudulent legal actions that aimed to stop him. LaRouche’s enemies, including Robert Mueller, played a role in the attempt to shut down LaRouche’s Presidential campaigns in both 1984 and 1988.

It is virtually impossible for Americans to understand what is now unfolding concerning the Presidential election without knowing why LaRouche posed such a threat, and what was done to silence him. LaRouche’s enemies are the Malthusians—those who want to see the planet’s population reduced by at least half in the next 30 years—the bankers’ environmental movement. Poor people are very bad for the environment, they say. And the most prominent of environmentalists are now, often, also the world’s biggest bankers. Take, for example, the newly-formed Guardians for Inclusive Capitalism, founded by Lynn Forester de Rothschild, whose leaders claim to represent more than $10.5 trillion in assets under management. Is this a grassroots environmental movement? Is this even an AstroTurf movement? Their plan is to de-carbonize the planet by lessening the number of people presently on it by four, five, or six billion. Famine, pestilence, disease, and war—the “Four Horsemen”—are their preferred way of doing it. And those are the policies that are the immediate future under the new, friendly, enlightened cyber-dictatorship.

Only a vigorous campaign on behalf of justice in all forms—electoral justice, economic justice, defense of the right to know—can save the United States, the trans-Atlantic world, or the world as a whole. These next days before us give us a chance to not merely demand, but secure that justice. Action in these three cases—pardons in the cases of Assange and Snowden, and exoneration for Lyndon LaRouche—are the direct path to securing justice for all citizens throughout the world, and in every country. They are the path to justice for the President of the United States as well. Fiat Justitia ruat caelum—“Let justice be done, though the heavens fall.” Now, in these next days, justice given, is justice gained.