President Donald Trump delivered the following remarks on December 22, 2020. The video of his address to the nation is available here. 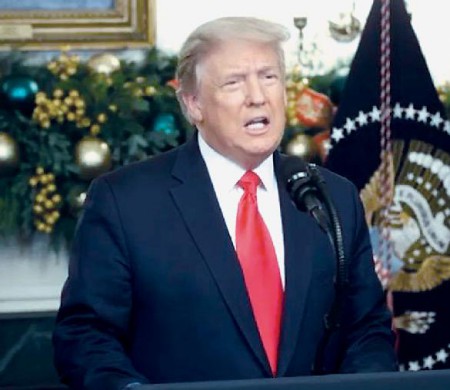 White House
President Donald J. Trump: “I am determined to pursue every legal and constitutional option to stop the theft of the 2020 Presidential election.”

Today, I want to explain to you why I am so determined to pursue every legal and constitutional option available to stop the theft of the Presidential election.

As President, one of my most solemn duties is to protect the integrity of your sacred right to vote. This year, using the virus as a pretext, Democrat officials in the key swing states illegally violated their own state laws, in order to enable, encourage, and facilitate fraud on a scale never before seen in the history of our country. The truth is, we won the election by a landslide! We won it big.

Today, I’m going to give you the facts that every American needs to know.

These numbers were absolutely impossible for Joe Biden to overcome, and the Democrats knew it. And everybody forecasting knew it and understood it well. Our nation’s greatest political professionals were calling to congratulate me on our victory.

A similar massive drop of ballots happened in Georgia at 1:34 a.m. Again, almost all of these votes for Biden.

These gigantic and ridiculously one-sided spikes were miraculously just enough to push Joe Biden into the lead—in all of the key swing states. These glaring anomalies are just the tip of the iceberg. We won 18 of 19 bellwether counties—a record—that have correctly predicted the winner of every Presidential election for the last 40 years.

We also won Ohio, Florida, and Iowa—by historic margins—meaning Biden would be the first candidate since 1960, and only the second candidate in American history, to win the White House while losing all three of those major states. And it wasn’t even close. With Joe Biden at the top of the ticket, the Democrats lost 25 out of 26 toss-up House seats. That’s a record. Democrats were projected to gain 15 seats, and instead, because of my success, and “coat-tails,” as they call them, they lost 14 seats. So, think of that. They were going to win big, and they ended up losing big.

My campaign received more votes than any President in history. Almost 75 million people voted for me. We earned approximately 12 million more votes than we got in 2016—the largest vote increase for an incumbent President ever recorded.

I also received the largest share of non-white voters of any Republican in over 60 years. In fact, we did better with African American and Hispanic voters everywhere in the country, except for a small handful of corrupt Democrat-run cities in key swing states—places notorious for fraud—such as Milwaukee, Detroit, Atlanta, and Philadelphia—all run by Democrat machine politicians.

No President has ever lost reelection while making such extraordinary gains across the board. There’s never been anything like it. Yet, despite all of this evidence of a thundering Trump victory, and all of those projections all through the night, they want us to believe that Joe Biden, who seldom left his basement to campaign, somehow received 11.7 million more votes than Barack Obama, and he beat Barack Obama all over the country. It is historically, mathematically, politically, and logically impossible. It did not happen! He did not win! We won, by a landslide. 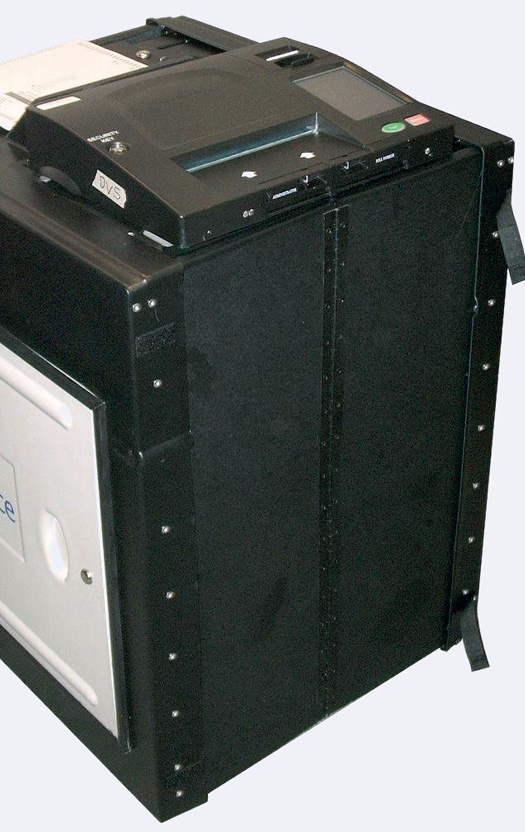 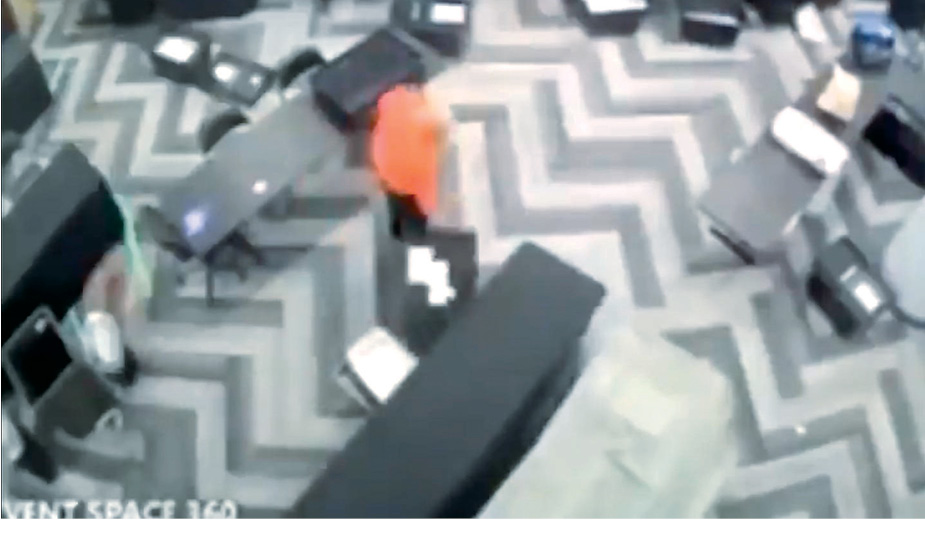 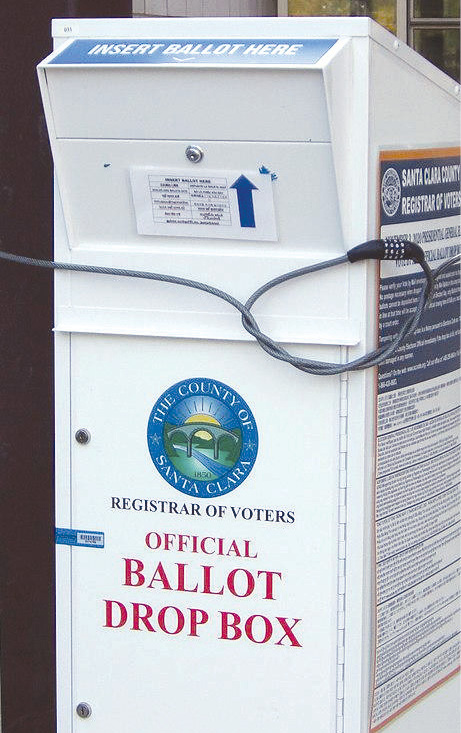 Over the past seven weeks, we have put forth abundant evidence, proving how the Democrats perpetrated this monstrous fraud on the American people, and indeed, the world.

First. We have shown that officials in virtually every key swing state brazenly violated their own state laws in order to change election procedures, eliminate safeguards, promote fraud, and illegally benefit Joe Biden. And legislatures, which have to make the changes, were seldom, if ever, used.

In Michigan, the Secretary of State—a Democrat—illegally flooded the state with absentee ballot applications, even though Michigan law strictly limits the distribution of absentee ballots.

In Georgia, the Secretary of State began illegally processing ballots weeks before Election Day. And also destroyed the signature-verification systems, in violation of the law. Many other horrible things were done in Georgia.

These actions, alone, were more than enough to rig the election results for Democrats.

Second. The absentee ballot rejection rates prove that hundreds of thousands of illegitimate ballots were counted in the key states. This was sufficient to change the election results all on its own.

In 2016, 6.4% of mail-in ballots were rejected in Georgia. This year, fewer than a tiny percentage of 1% were rejected. So, you went all the way down—a difference of more than 30 times. The same phenomena occurred in Pennsylvania and other states. They were accepting all of these ballots, many of which were absolutely illegal. In the year in which the number of mail-in ballots was the highest ever, the rejection rate was, magically, the lowest ever. And it wasn’t even close.

The only possible explanation, is that tens of thousands of ballots were unlawfully processed, and counted. Most Americans would be shocked to learn, that in no swing state is there any meaningful attempt to verify citizenship, residency, identity, or eligibility for mail-in ballots. The potential for illegal activity is unlimited. And, that’s what we just experienced.

Third. Hundreds and hundreds of witnesses have come forward to testify, under penalty of perjury, about the cheating and fraud they saw with their own eyes. Witnesses have sworn that they saw poll-workers illegally back-dating thousands of ballots, counting batches of the same ballots many times, and unloading boxes and boxes of ballots, all bearing the same signature—and all for Joe Biden.

Other witnesses have testified to seeing thousands of so-called “pristine ballots,” with no creases of folds—all voting for Biden. When you have no fold, it means it wasn’t mailed; it means it was a fraud. Republican poll-watchers were denied critical access, as hundreds of thousands of votes were counted in Democrat-run cities, in the essential states.

In addition, there is the deeply troubling matter of Dominion Voting Systems. In just one Michigan county alone, 6,000 votes were switched from Trump to Biden. And the same system was used throughout a majority of the United States. No satisfactory explanation has been offered for why Dominion Systems are able to switch votes with a mere push of a button.

In Arizona, the state senators recently issued a subpoena for a forensic audit of the voting machines. And similar investigations must be conducted in every state using Dominion Systems immediately. In Texas, they don’t allow Dominion Systems to be used.

As I have just laid out, we have unveiled overwhelming evidence of election fraud. None of this should ever have been allowed to happen in the United States of America. It is a travesty of democracy; it’s a shame upon our republic.

In 2016, we caught them by surprise. From that moment, they had four years to work on the scheme to rig the 2020 election. The rigging of the 2020 election was only the final step in the Democrat’s and the media’s years-long effort to overthrow the will of the American people and destroy our movement, by any means possible, any means necessary.

For months and indeed years before the election, the media, the big-tech giants, and the Democrat party were openly colluding to deceive the American public. Earlier this year, it was proven beyond any doubt that Joe Biden’s family received millions of dollars from the Chinese Communist Party. Yet, the media and tech companies worked together to completely censor this information.

Our country no longer has a free press. It is a press of suppression. It is a press where the truth will never come out. It is the greatest and most shocking scandal, involving a Presidential candidate in modern history. But surveys show that half of those who voted for Joe Biden, have never even heard of the story.

This is not the first and only time that the media and the Biden Campaign flagrantly lied to the American people. They repeatedly insisted that we would not produce a vaccine for the China virus before the middle of next year. And, yet, before the end of this year, we have already authorized two vaccines, with tens of millions of doses of distribution, and hundreds of millions more on their way. This is being talked of as a great medical miracle. In this sense alone, the media and the Democrat party lie to the American people, to try to steal the election.

Also, polls, in order to deter voter turnout, the media had me down in certain polls, by 15, 16, and 17 percent—in states that I won, or came very close to winning. If this egregious fraud is not fully investigated and addressed, the 2020 election will forever be regarded as illegitimate and the most corrupt election in the history of our country.

Americans must be able to have complete faith and confidence in our elections. The fate of our democracy depends upon it. Now is the time for the American people to raise their voices and demand that this injustice be immediately corrected. Our elections must be fair; they must be honest; and they must be transparent. And, they must be 100% free of fraud.

We won this election by a magnificent landslide, and the people of the United States know it. All over, they’re demonstrating; they’re angry; they’re fearful. We cannot allow a completely fraudulent election to stand!