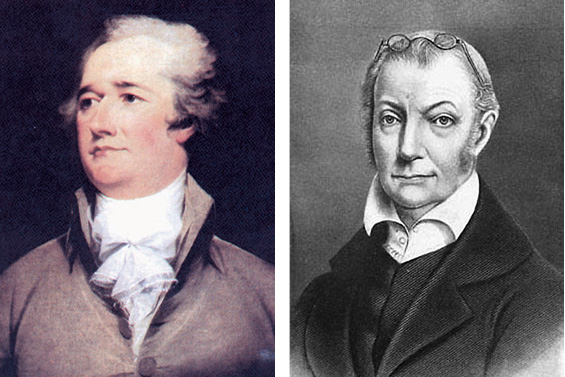 Jan. 9—American elected officials take an oath to preserve and protect the U.S. Constitution against all enemies foreign and domestic. But in recent decades they haven’t been under much pressure to understand it.

British and U.S. financial and media oligarchs, culminating their years-long war against President Donald Trump, are now out to destroy the superior electoral system prescribed by that Constitution. The ignorance of most American officials, combined with even worse misunderstanding in other nations—particularly regarding the Electoral College—is one of their primary weapons.

The U.S. Constitution uniquely specifies, in essence, that after the American people vote in a national election involving the Presidency, their state elected representatives are empowered to consider the election’s conduct and results for a brief period, and then themselves to vote, to “appoint” and certify electors for the Presidential candidate who has fairly won a majority. The electors in turn, after another brief period of consideration, formally cast the Electoral College votes of their state; those votes are conveyed to the U.S. Senate so that, after still another brief interval, the votes may be read out by the Vice President to a joint session of both Houses of Congress to see if Members of Congress have well-founded objections to how the electors of any state have been elected, and those objections can be debated and voted there.

In rare cases, when elected officials in a state or states disagree as to the fairness of an election and have actually certified competing slates of electors, those states’ electoral votes are not counted by the Vice President. If no Presidential candidate then has a majority of the Electoral College vote, the House of Representatives is empowered to decide which electors it will accept, and thereby to choose the President.

These repeated brief intervals of time are intended to allow persons who are elected representatives of the people, acting exclusively through their state and national representative bodies (which includes the Electoral College), to consider whether the election results are fair and not marred by fraud; and even, whether the result of the popular vote for President could mean great misfortune for the nation.

Results of the ‘Archaic’ American System

How has this benefited the United States in its history? A great deal.

1800: The role of Congress in this process, helped by Alexander Hamilton’s organizing, prevented Aaron Burr from otherwise winning the Presidency. Burr, an agent overtly claimed by British intelligence, was planning to split the New England states from the new republic. Four years later he killed Hamilton; then Burr became involved in attempting to split away the western states and territories, was tried for treason, and fled to Britain.

1824: The role of the Electoral College and of Congress resulted in John Quincy Adams becoming President, the first American President to make clear America’s republican opposition to Europe’s colonial empires and colonial practices; and the leading American adversary of the powers of slavery until his death, in the House of Representatives, in 1849. 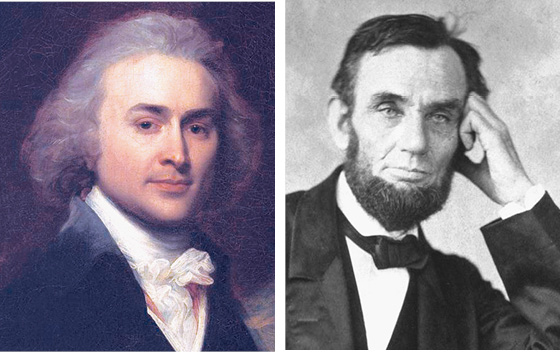 1860: The Electoral College system made Abraham Lincoln President with well under half the vote, without his being forced through a paralyzing runoff election while the slave powers were going to war against the Union. There are no runoffs or “re-run elections” for head of state in America. Lincoln not only saved the United States and put it on the path to greatness; his Administration’s actions led to the British paying the United States reparations for backing the Confederacy then—as they are now backing the U.S. intelligence agencies and media oligarchs in imposing a surveillance state on America.

1876: The role of state elected officials in challenging fraud, and the role of Congress in checking the Electoral College, made it possible to reverse blatant election fraud in South Carolina and Florida and probable fraud in Louisiana, which would otherwise have determined the outcome of the Presidential election. The frauds were reversed in an orderly Constitutional manner. 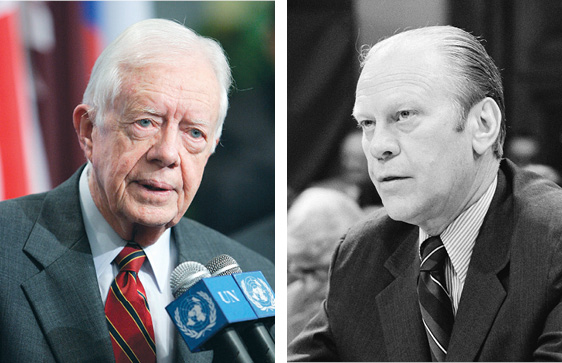 Left: UN/Ryan Brown; right: Thomas J. O’Halloran
In 1976, the uncovering of election fraud committed on behalf of Jimmy Carter (left), allowed time for the states to consider appointing new Electors, but the incumbent, Gerald Ford (right), decided not to contest the results.

1976: When serious evidence was uncovered—including by EIR—of vote fraud in Ohio, Michigan and New York, which had potentially decided the Presidential election for Jimmy Carter, the “intervals of mature reconsideration” built into the American electoral system allowed time for evidence to be presented to courts and elected representatives in those states. Then-President Gerald Ford decided not to make any contest—but had he done so, there was sufficient time for courts to hear the challenges and for legislatures in those states to consider appointing new electors. The basic legitimacy of the elected President would have been established either way.

2016: The Electoral College makes it necessary for Presidential candidates to consult and win over citizens in many states, rather than running as “regional candidates” from one or two large states. Candidate Hillary Clinton won only 20 states’ popular vote, but had a national popular vote majority on the basis of an immense margin of nearly 6 million votes from just two states, New York and California. Candidate Donald Trump won 30 states and was duly elected President.

It is not a secret to any informed person that fraud, manipulation and intimidation are charged constantly in elections all over Africa, the Mideast, South America, Eastern Europe, parts of South and East Asia. And what is the redress available? Mass demonstrations. If that is not successful, violent attacks on government institutions. Above all, now, calls are made for outside intervention by the powers of NATO. Economic and military sanctions are levied by trans-Atlantic powers against governments allegedly elected by fraud. “Color revolutions” and coups are organized, the specialty of British intelligence, the CIA, and networks of British agent George Soros. Or, elections for head of state or government are re-run, and re-run, and re-run again, each time meeting greater public outrage.

These are the disastrous results seen over and over across the world, of the exalted Enlightenment alternative to the U.S. Constitution and its “archaic” system of elections. That alternative is: Don’t seek the truth; you have only the right to shout your opinion and vote for your side, and to demand that various powers intervene on your side to “fix” bad results. 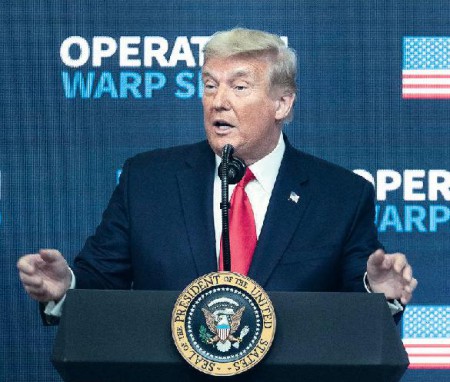 The ‘Fourth Estate’ as Fifth Column

In 2020 this dismal scenario hit the United States for the first time. The extremely powerful national media and social media, much of it controlled by conglomerates with financial bases in British Commonwealth countries, joined the anti-Trump oligarchs in a lock-step propaganda campaign that all must vote by mail due to the pandemic. They repeated ad nauseum the “scenarios” of NATO-connected think tanks: Trump will appear to win on November 3, but his claims of victory will be dangerous fakes, and mail-in votes counted afterwards will give Biden a big victory.

When the mail-in ballots eventually credited the worn old shoe Joe Biden with a spectacular vote total far exceeding any President or candidate in American history, the media branded all doubts about this as bogus, all claims of fraud as unsubstantiated, and any amount of evidence of fraud as not evidence at all, advanced only by dangerous enemies of democracy, believed only by dubious conspirophiles. Judges presented with evidence refused to consider it on various procedural grounds.

And against this onslaught of manipulated public opinion, “conscience made cowards” of state representatives in a number of states who clearly considered the evidence of fraud substantial and credible; they turned awry and lost the name of action. Their Constitutional responsibility for the Electoral College was not exercised, leaving Congress to conduct only an essentially partisan debate.

Democratic Members of Congress had made objections to states’ electors in the joint Congressional sessions after the 2000, 2004 and 2016 Presidential elections; but when Republican Members announced they would do the same on behalf of President Trump, they were pilloried throughout the media and by Democrats as anti-democratic provocateurs. Citizen supporters of the President, who until Christmas had focused their mobilizations on urging state legislators to act under the Constitution, became frustrated. Both they and the President himself were pulled into a prepared trap in which, on January 6, real provocateurs of unknown origin were mysteriously permitted to break into the Capitol to appear to coerce the Congress or Vice President by violence.

An oligarchy of Anglo-American finance, intelligence and media powers has, in 2020 for the first time, succeeded in preventing the American Constitutional electoral system, including the Electoral College and Congress from working. It has dragged the nation instead, for the first time, into a “colonial” scenario of violent protest as the only apparent redress for citizens who found the election to be corrupt. Now that oligarchy, with Democratic Party instruments, is demanding President Trump be banned from politics and possibly imprisoned or exiled, demanding all those who supported him in charging fraud be driven from office and ostracized, demanding the Constitutional electoral process be abandoned entirely and no possibility left to challenge any future corrupt election.

The citizens’ resistance to this must be to seek the truth, and to stand for their growing conviction of the truth, including as candidates, to restore truth in elections as inspired by the United States Constitution.