The Marquis de Lafayette and the Challenge of the Sublime

The following is an edited transcript of the presentation by Anastasia Battle to Panel 4, “A Human Future for Youth: A Beethoven-Driven Renaissance of Classical Culture,” of the Schiller Institute’s December 12-13 conference, “The World After the U.S. Election: Creating a World Based on Reason.” 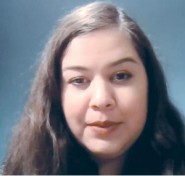 I’d like to thank you for joining us today, and I’d like to pick up where my friend David Shavin left off on the opera Fidelio, because the person I would like to talk about today is the one whom Beethoven was writing about, and that was the Marquis de Lafayette. I want to talk about him because we’re at a pretty pressing moment in history. It’s actually quite amazing when you think about all of the potential. Here in the United States, as an American, I am very terrified of what will be the outcome if we don’t succeed, but also very excited of what the outcome will be if we do.

I want to get at what the difference is, in the quality of mind which will be our success. Because your ability to self-consciously change and rise up to a higher level at a profound moment in history is the difference in how our actions are going to be in creating a successful change versus a tragedy. That quality is called the sublime.

There are many moments in history when the sublime idea, embodying the sublime quality, made the difference. And I want to talk about the Marquis de Lafayette, because he was blessed to be in both the American Revolution and the French Revolution, which were two different situations, two very different revolutions. 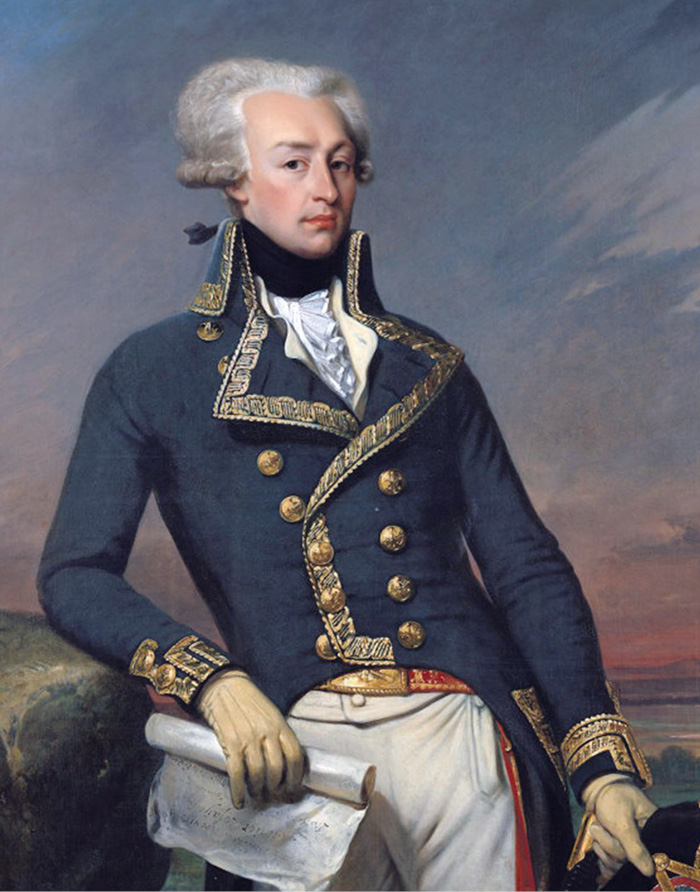 Lafayette was a young man about 17 years old when he was first noticed by the Freemasons. In particular, Ben Franklin had people all over the world looking for these republican types, these young, thoughtful people, and wanted to recruit them to the American Revolution. Lafayette eventually bought his own boat, went against the King’s orders, went to the colonies, and not only once, but twice was turned away by the Congress. It wasn’t until Ben Franklin personally wrote a letter to George Washington that the Marquis de Lafayette was allowed to enter the American Revolution.

After he joined, he really proved his valor. He was incredibly intelligent, was definitely recruited to the republican ideology. In battle after battle, he proved his bravery and eventually was able to lead portions of the military. He really became Washington’s right-hand man; more like his son, even, if you read some of the letters they had back and forth. He fought to the very end to make sure that the ideas of the Declaration of Independence would succeed. He helped recruit France to join to help defeat the British Empire.

So, when the Marquis returned home to France, after a while, it became more and more clear that a revolution was going to happen.

Nature has made men free and equal; the necessary distinctions in the social order are based only on general utility.

Every man is born with inalienable and imprescriptible rights; these are the freedom of his opinions, the care for his honor and his life, the right of property, the entire disposition of his person, his industry, and all his faculties, the communication of his thoughts by every possible means, the pursuit of well-being, and resistance to oppression.

Now, compare that to this:

When in the Course of human events, it becomes necessary for one people to dissolve the political bands which have connected them with another, and to assume among the powers of the earth, the separate and equal station to which the Laws of Nature and of Nature’s God entitle them, a decent respect to the opinions of mankind requires that they should declare the causes which impel them to the separation.

We hold these truths to be self-evident, that all men are created equal, that they are endowed by their Creator with certain unalienable Rights, that among these are Life, Liberty and the pursuit of Happiness. 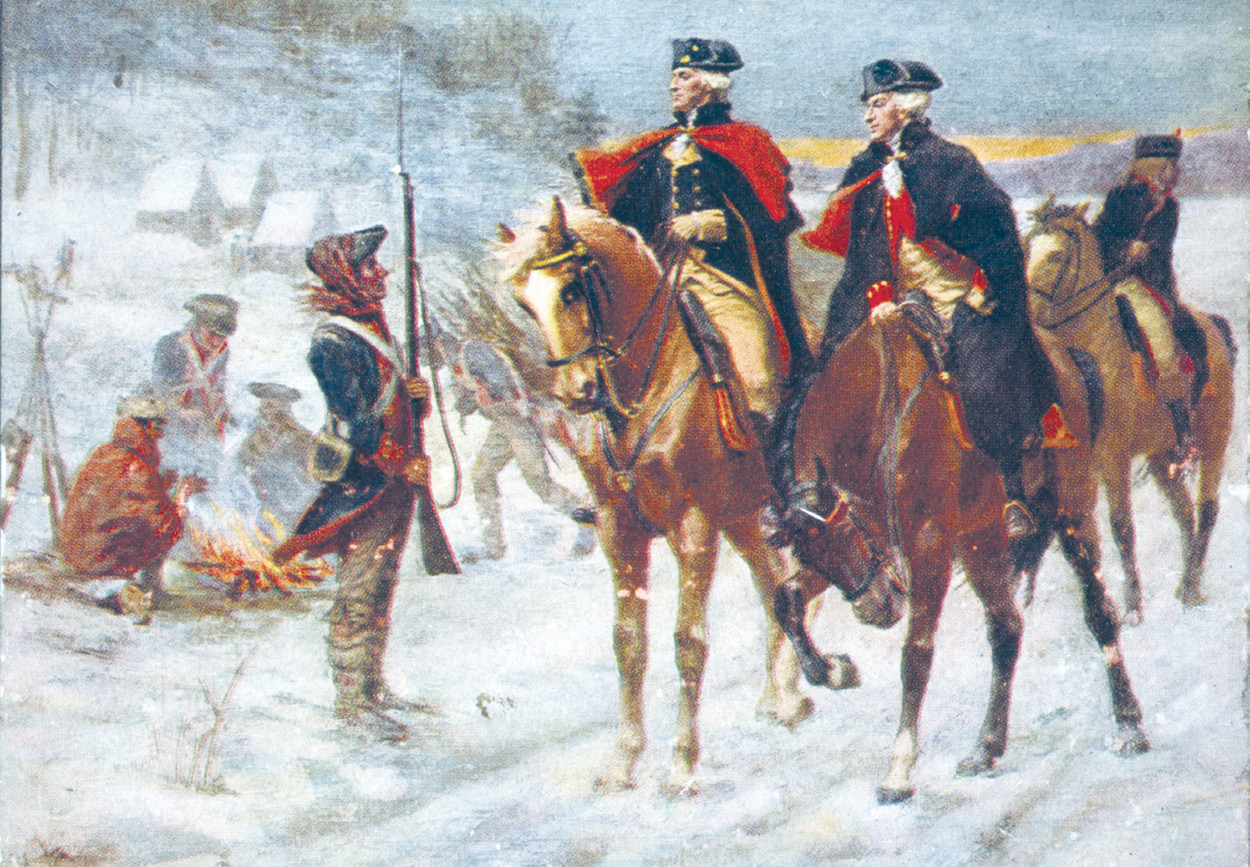 Did you hear the difference? When I read the Marquis de Lafayette’s “Declaration,” it comes off as being incredibly practical. What are the rights he’s describing? The right to your opinion, the right to your honor and life, the right to your property, to your disposition in industry and faculties. These are very practical rights. But when I read the beginning of the Declaration of Independence, it immediately starts from the principle. The right to life, liberty, and the pursuit of happiness. There have been many debates over happiness, but funny enough, this idea of happiness comes from Gottfried Leibniz. It comes from the idea of happiness that you get when you make a fundamental discovery of the universe, of God. When you try to understand how something works. 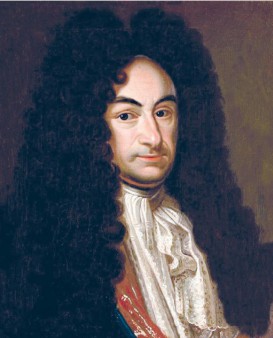 The difference in the dynamic is pretty clear. At this time in the United States, you had a 90% literacy rate. This wasn’t just the upper class, the people with lots of money; you had farmers and laborers who could read Latin and Greek, who were reading Plato. You had people who were able to actually discuss what kind of government you would create. This had been a process in the colonies going on for some time to generate this kind of educational system.

Now, look back into France. You had 22 million peasants at this time, out of 26 million people, most of whom were illiterate. They couldn’t read or write. If they could, it was limited to what their professions were. This made it incredibly easy for the British to manipulate them. The British were buying up wheat, buying up food and hoarding it, and preventing the French peasantry from getting food, and generating a famine. They were spreading lies about Marie Antoinette, and created more and more ferment.

This is what the Marquis de Lafayette was in. He was a good person. France was the nation that nurtured Christiaan Huyghens; that nurtured Gottfried Wilhelm Leibniz; that created the École Polytechnique. It’s what Gaspard Monge came out of. France was not a nation lacking these higher conceptions or republican ideas. If it didn’t have them, it certainly would not have created someone like the Marquis de Lafayette.

But because within the general population you did not have a desire for the higher idea of what is mankind, that is what eventually led to the Marquis de Lafayette’s capitulation to the King. He eventually gave in to a constitutional monarchy, and eventually lost a lot of trust within the population. He ended up having to flee France and was captured, and that’s what the opera Fidelio is about, as was presented by David Shavin in this panel, and in his article published in EIR. [See EIR for January 15, 2021.] It’s about Lafayette eventually being released.

My point is that it’s not good enough just to be good, and just as in Shakespeare’s King Lear—if you haven’t seen King Lear, I definitely recommend watching it or reading it. It’s a lot of fun to do it with some friends. You can even do it with us; I’m sure we can get a grouping of people together to read it. In the play, Cordelia, the daughter of King Lear, knows better; she knows better than to act the way she was, even though she was acting rightly. She was in the right, she knew that her sisters were wrong, but she gives in to her cultural tendencies and still stays within a tragic system. Which unfortunately is what happened to the Marquis de Lafayette when he returned to France.

If we want to make a successful change in the United States—and everywhere else for that matter—we really have to look at the principles of humanity. What are the highest ideals of mankind? We must not fall into the trap of ideologies, not fall into the trap of being committed to outlooks of the recent period, but commit ourselves to create something new. Because we know the principles of humanity.

I want to challenge everybody who’s watching this conference right now, to really dig deep and ask yourself, are you just being a good person and doing the right thing? Or, are you trying to challenge yourself to rise to this higher idea of the sublime?