This article appears in the February 5, 2021 issue of Executive Intelligence Review.

Electric Vehicles, But No Electricity!

by Claudio Celani and Tobias Faku 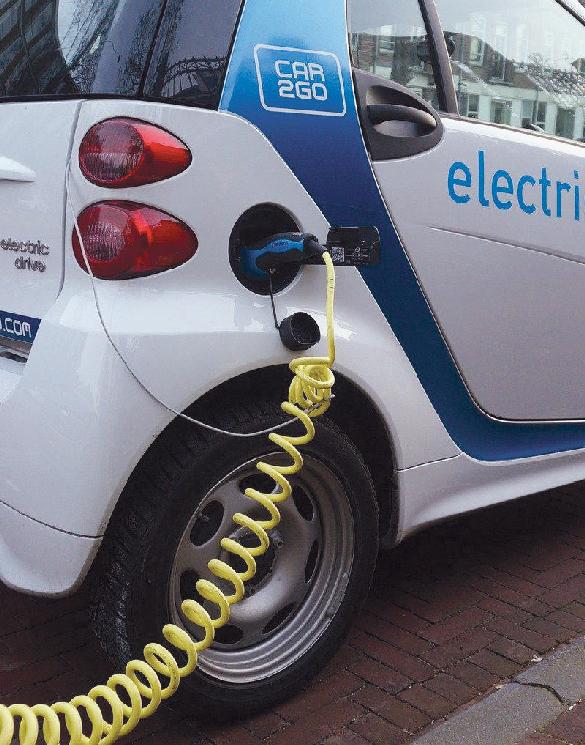 Pixabay/mmurphy
An electric car at a recharging station in Amsterdam.

Jan. 24—Electric vehicles (EV) are a key part of the so-called Green Transition envisioned by the Great Reset schemes being endorsed by the European Union (EU) and the new Biden Administration. The automotive sector, it is asserted, causes 28% of greenhouse gas emissions, coming first before the steel sector; so governments have adopted climate policies that aim at a full replacement of vehicles with internal combustion engines, with EVs. However, such an ambitious goal—besides the fact that it relies on the false assumption that it would help mitigate climate change—will actually be impossible to achieve, and efforts to implement it will result in an industrial, financial, and social catastrophe. 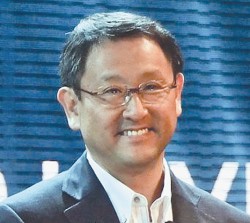 Last December 17, speaking at a year-end news conference in his capacity as chairman of the Japan Automobile Manufacturers Association, Toyota’s President Akio Toyoda launched a strong warning against the political class because of their intentions to fully convert to electric cars. He said Japan would run out of electricity in the summer if all cars were run on electric power. The infrastructure needed to support a fleet consisting entirely of EVs would cost Japan between ¥14 and ¥37 trillion, the equivalent of $135 to $358 billion, he said.

“When politicians are out there saying, ‘Let’s get rid of all cars using gasoline,’ do they understand this?” In a country such as Japan that gets most of its electricity from burning coal and natural gas, “The more EVs we build, the worse the carbon dioxide gets,” Toyoda said.

Toyoda said he feared government regulations would make cars a “flower on a high summit”—out of reach for the average person.

Based on the figures projected by Mr. Toyoda for Japan and applied to the EU population size, the infrastructure needed to support a 100% fleet of electric battery vehicles would cost Europe between $476 billion and $1.234 trillion.

However, even if the funds are generated, either by slashing national budget items such as health care, schools, and pensions, or by massively increasing government debt, a full conversion to EVs is scarcely feasible, technically. 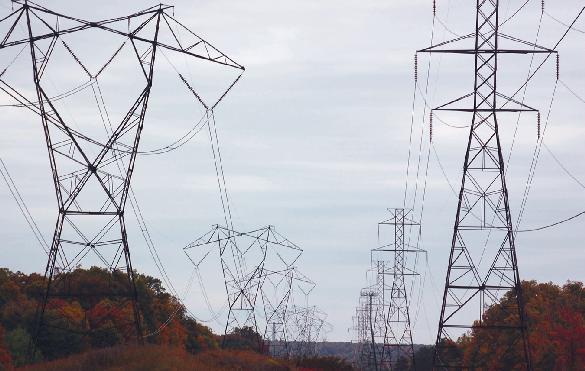 EIRNS/Stuart Lewis
Adding huge new capacity to the electrical system, consisting only of renewables, as the EU Commission wants, will only make the grid more unstable and will end in a blackout catastrophe.

Let us take the intermediate goal set by the European Union: reducing CO2 emissions by 55% by the year 2030. Let us imagine applying that cut to the motor vehicle sector (it could be less or more than that), by replacing 55% of the total 63 million motor vehicles in Germany with EVs.

In other words, the EU target for 2030 can be achieved only by increasing yearly sales of EVs by 5,500%! This is without considering the cost of increasing electricity production in order to power all those cars.

In fact, assuming a yearly consumption of 3,285 kWh per EV on average, calculated on approximately 15,000 km travelled, Germany should produce an additional 11-12 TWh of electricity per year. Assuming that it comes from “renewables,” as the EU proposes, it should build approximately 1600-1700 giant windmills each and every year for the next ten years.

However, the German and the European electrical grid is already so dependent on so-called “renewables,” that it has become highly unstable, already occasionally coming very close to total collapse (see EIR January 22, 2021). Adding new, huge capacity to the grid only from renewables as the EU Commission wants, will make the grid even more unstable and will end in a catastrophe. 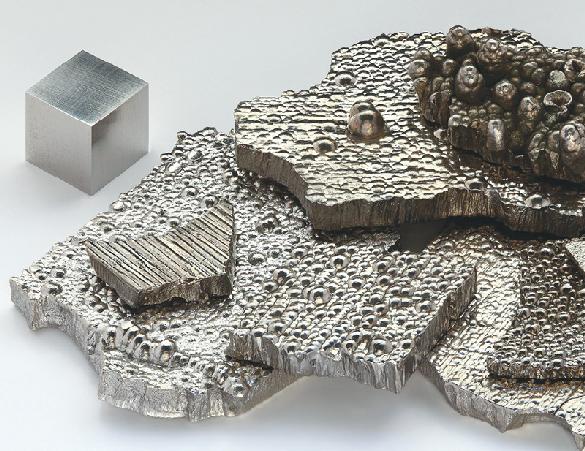 Green Transition Is Indeed a Very Brown One

Although EVs are a central element of the Green transition, in reality their means of production are not green at all. In order to match the energy stored in a conventional car having about 40 liters (10.5 gallons) of gasoline, an EV needs a battery that weighs at least half a ton. The production of such batteries is extremely energy intensive, and includes the mining and processing of huge amounts of copper, aluminum, and lithium.

If we consider a full electric conversion of the car fleet of all EU member states as planned by the EU Commission until 2050, taking into account the average age of cars being 10.8 years, we would need 26 million EVs produced every year. This would require an increase of world cobalt production by 17 times, of lithium by 6 times, of copper by over 4 times, and 8 times the entire world production of neodymium.

The pollution produced by mining and processing such an amount of materials would be gigantic. Additionally, there would be the need to double electric generating capacity and the capacity of electric transmission grids, as well as a new system of charging stations for all cars and trucks at home or at work.

Production of electric engines requires the rare earth mineral neodymium. Currently, due to environmental concerns (mainly raised by the green movement), there is almost no mining of neodymium in the West, and China is the main world producer.

We have seen above the giant increase of electricity production required to fuel EVs. Now consider the power needed to fulfill the above list of materials. The green idea in the West, to go fully electric and at the same time reject energy-intensive primary power sources like nuclear and fusion, guarantees that the energy-intensive aspects of EV production will never take place in the West (China has a 75% market share in lithium batteries) and that its economies will die fast, like East Bloc economies in the post-1988 period. 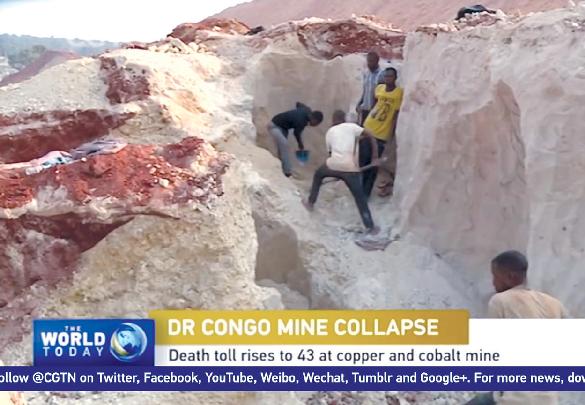 CGTN
The pollution and other dangers to health produced by mining and processing the amounts of cobalt, lithium, and copper required for a full conversion of the current fleet of motor vehicles, would be gigantic. Shown: a copper and cobalt mine in the Democratic Republic of Congo.

Decarbonization of mobility would also cost several hundred thousand jobs in Germany, warned a National Platform for Mobility (NPM) report in January 2020. The NPM is a working group at the German Environment Ministry chaired by the head of the IG Metall metalworkers’ union Jörg Hoffmann.

In fact, even were a successful transition to E-mobility possible, only a tiny number of jobs can be absorbed by the new production mode. This is because of the large number of components of combustion engines (ca. 1200) which are going to be replaced by one battery.

Based on the NPM estimates for Germany of up to 410,000 jobs lost in an “extreme scenario,” the estimates for the EU as a whole are for the loss of 1.5 million jobs in the automotive sector alone. The NPM is not against decarbonization in principle, but calls for a less harsh transition and for exploring alternatives to E-autos, such as hydrogen and synthetic fuels to replace internal combustion engines.

Massive unemployment means a massive drop in family incomes and a consequent drop in consumption, depressing the domestic market. Companies’ turnover will drop, forcing new layoffs. Government revenues will also drop, as a result of less income tax, and VAT and corporate taxes.

Luckily, some governments in the EU are waking up to the insanity of the Green Transition. The EU Commission was supposed to publish its “Taxonomy” rules on January 1, but it had to postpone it due to opposition from ten member states. The word “taxonomy” has nothing to do with taxes (at least not directly) but comes from Greek and means “classification.” In the intentions of the EU Commission, it should be a classification of products and activities according to their CO2 footprint, and should provide the basis for subsidizing or penalizing such products and activities in order to favor the Green Transition.

But last December, Bulgaria, Croatia, Cyprus, Czechia, Greece, Hungary, Malta, Poland, Romania, and Slovakia signed a document objecting to the exclusion of natural gas from the list of “transition fuels” and calling for “the possibility of using hydrogen from various energy sources.”

Facing a possible veto, the EU Commission backed down, and the above demands were included in the EU Council summit of December 10-11. But “the Commission’s woes with the green finance taxonomy did not stop at gas or the ten signatories of the paper,” Euractiv reports. “Almost every EU country or interest group had issues with the draft delegated act, according to a well-positioned source in the European Parliament who keeps a close eye on the dossier.”

The European Commission is now busy reworking its proposal and will present an updated draft to EU national representatives during a meeting of the EU member states’ expert group (MSEG) on sustainable finance, scheduled for January 26. After that, EU member states can either accept the draft or reject it en bloc.