George Shultz, Architect of the Demise of the U.S. Economy, Has Died 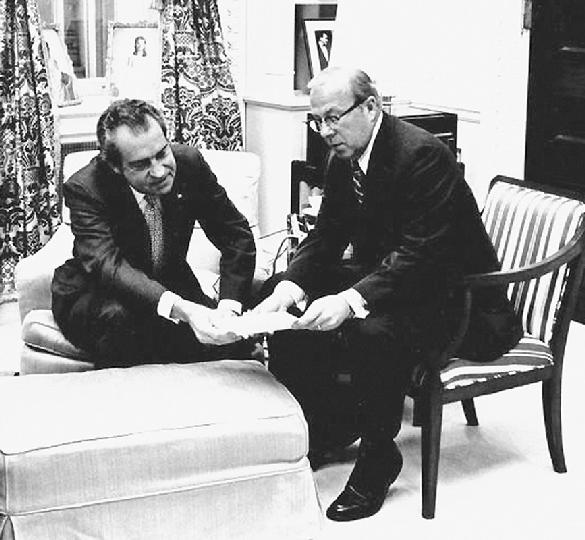 Feb. 9—It would not be an exaggeration to identify George P. Shultz as one of those most responsible for the devolution unleashed on the physical economy of the nations of the trans-Atlantic region over the last half-century. Shultz, who died on February 6, was the quintessential “Economic Hitman,” whose policies and actions paved the way for today’s Davos billionaires behind the Great Reset and Green New Deal, who are carrying on his work to impose a global dictatorship run by central bankers, on behalf of the largest private banks and financial institutions. He was not simply a typical “free market” fanatic with academic credentials, but one consciously committed to what was once called synarchism, a term used to describe the international model in which global corporations usurp the sovereign powers of nation states to drive down wages and living standards, while increasing profits for corporate shareholders.

This corporatist model was employed by those who put the former “Socialist” turned “Fascist” Mussolini in power in Italy, and Hitler in Germany. The slave-labor policies of the early years of the Nazis in Germany were dictated by the cartels, and imposed by Hitler’s Finance Minister, Hjalmar Schacht, with the full support of his allies in the City of London and Wall Street.

Shultz’s Schachtian outlook came naturally, as his father worked for the Morgan-Rockefeller-Harriman interests in New York City in the 1920s located at 120 Broadway, where stock market manipulation and the building of global industrial cartels were the order of the day. It was from these financial and corporate networks that American support was recruited by City of London operatives to participate in their “Hitler project.” 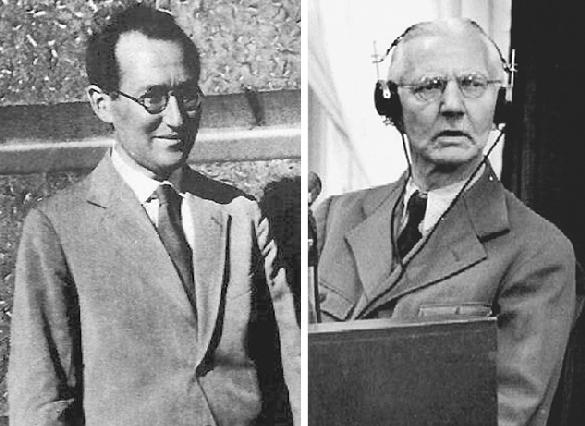 George Shultz was trained at MIT by Kurt Lewin (left), a notorious Tavistock Institute brainwasher, who experimented with ways to get workers to willingly accept speed-up and lower wages—as imposed in the 1930s by Hitler’s Finance Minister, Hjalmar Schacht (right)—but without the brutality of the Nazis.

Shultz was trained at MIT by notorious Tavistock Institute brainwasher Kurt Lewin, whose pioneering work in lowering labor costs experimented with ways to get workers to participate willingly in their own speed-up, to avoid the more brutal methods applied by the Nazis. This work came in handy in the 1970s, when Shultz worked with the “Chicago Boys” after the bloody coup against Salvador Allende in Chile by General Augusto Pinochet. Though he admitted in an interview that the dictator Pinochet “no doubt did some unnecessarily brutal things,” Shultz said this was needed to bring down costs to once again attract foreign investment in Chile!

Before becoming a part of the U.S. support effort for the Chicago Boys in Chile, Shultz was at the center of the London-Wall Street destruction of President Franklin Roosevelt’s Bretton Woods system. As the dollar was being battered by demands for gold to redeem so-called eurodollars being dumped by British and French bankers in the late 1960s, Shultz, then a member of the economic team of the Nixon administration, joined with Paul Volcker, Arthur Burns and Henry Kissinger, to persuade President Richard Nixon to break with Bretton Woods, ending the gold reserve system backing the dollar, and initiating the era of floating exchange rates. This act, carried out on August 15, 1971, was denounced by Lyndon LaRouche at the time, who accurately described it as modelled on the policies of Schacht.

This was the final blow to the post-war economic boom launched by President John Kennedy, with his FDR-oriented commitment to government-directed investment in physical goods production, with an emphasis on scientific and technological progress. Instead, since then, the physical economy of the U.S. has been on a downward trajectory, in which money flows have been directed to speculation on increasingly risky-but-profitable financial instruments, creating ever new bubbles, in an escalating wealth transfer to the wealthiest 1%. 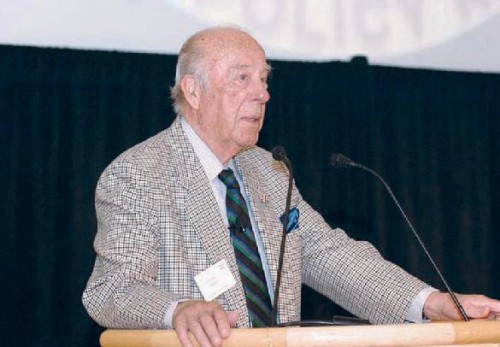 George Shultz was an ardent supporter in the Reagan administration of the Thatcherite deregulation policies, which freed bankers from concern with the physical economy. In 1999, he organized a group of neoliberal War Hawks called the Vulcans to back George W. Bush, whose wars benefited his Military-Industrial Complex confederates, including leading contractor Bechtel, on whose board he served. He joined with Lord Jacob Rothschild to make Arnold Schwarzenegger Governor of California, after the free-market energy policies he championed had bankrupted the state. And, with synarchist banker Felix Rohatyn, he pushed the “Revolution in Military Affairs,” designed to further privatize military and security operations in ways coherent with the new surveillance state set up by the Bush-Cheney Patriot Act.

Among his last ventures was his work with fellow Bush-League operative James Baker III in support of a carbon-tax scam, in keeping with his anti-industrial Green proclivities. George Shultz’s death no doubt will be mourned by those aggressively pushing the fascist Great Reset, which he did so much to advance during his life.