This transcript appears in the February 19, 2021 issue of Executive Intelligence Review.

The Geopolitical Context of the Alexei Navalny Affair

This is an edited transcript of Alex Krainer’s presentation to a February 13, 2021 roundtable discussion, “Worsening U.S.-Russian Relations—Reverse Them with a New Paradigm, or Face Nuclear War,” sponsored by the Schiller Institute. Mr. Krainer is the author of Grand Deception: The Truth about Bill Browder, the Magnitsky Act, and Anti-Russian Sanctions. Subheads and links have been added. Watch the entire program here. 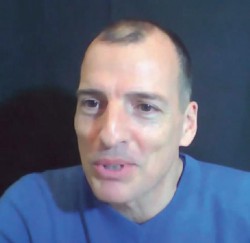 Thank you. Thank you very much for having me. Thank you, Mrs. Helga Zepp-LaRouche and Harley Schlanger, for this invitation. I’m honored and privileged to join you today. What I’d like to tell you about is my view of the current affairs, and I think it has a larger context that takes perhaps several centuries’ worth of perspective. And as I’ve discovered, what we’re seeing today is a continuity of the strategy of the British Empire, which was formulated already by Sir Halford Mackinder, in his 1919 Democratic Ideals and Reality: A Study in the Politics of Reconstruction, where he wrote:

Who rules the Heartland commands the World-Island.

And who rules the World-Island commands the World.

Having exhausted itself in continued warfare, the British Empire transferred its seat of power to the United States. I think it’s the arrangement that’s been, maybe metaphorically, popularized in Mad Max movies, if you remember the Master Blaster duo, where the Blaster was the strong, muscley guy, and the Master was the small, decrepit old guy, who was running the Blaster. 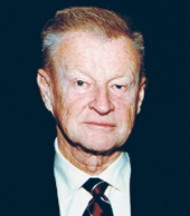 And so, some 70 years after Sir Halford Mackinder’s writeup, Zbigniew Brzezinski wrote up his game-plan in 1986, and there, he reaffirmed the same strategy, “Whoever controls Eurasia dominates the globe.”

In August 2018, Wess Mitchell delivered a statement to the United States Senate Foreign Relations Committee, and in that statement he reaffirmed that the central aim of the administration’s foreign policy was to defend the United States’ domination of the Eurasian land-mass as the “foremost U.S. national security interest and to prepare the nation for this challenge.” Please keep in mind, this part: “to prepare the nation for this challenge.”

Other things that were mentioned in that report were that “confronting Russia would be among the highest priorities for the Bureau of European and Eurasian Affairs,” and that “all 50 missions in Europe and Eurasia were required to develop, coordinate, and execute tailored action plans for rebuffing Russian influence operations in their host countries.” Wess Mitchell also mentioned that the bureau created a “team of dedicated professionals to take offensive and to publicly expose Russian malign activities.” He boasted that between January and August 2018—in seven months—they called out the Kremlin on 112 occasions. 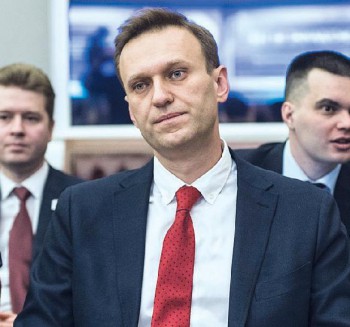 I mention this, because I think this is the context within which we should understand the Alexei Navalny affair. It’s simply a continuation of the same agenda, which is grasping at any straw to drag Russia through the mud, and to malign its role in the world.

Finally, the Bureau of European and Eurasian Affairs created a new position in 2018, which was the Senior Adviser for Russian Malign Activities and Trends, which has an acronym, SARMAT. Wess Mitchell also mentioned in his report to the Senate Foreign Relations Committee that the Department was working with our “close ally the United Kingdom to form an international coalition for coordinating efforts in this field.”

This is the context in which the Navalny affair should be read, and as we recently saw, Navalny and his officers are actively coordinating with the British MI6 and probably other Western non-governmental organizations, intelligence organizations, and who knows what else.

That this is a real threat to world peace, can be read from German Foreign Minister Sigmar Gabriel’s statement, which he gave in his interview with Bild am Sonntag [in November 2017], saying:

A completely shattered relationship between the U.S. and Russia is the greatest threat to peace across the globe, [and that unless the two powers find common ground,] our children will be growing up in a dangerous and very uncertain world, increasingly armed with nuclear weapons.

Well, I think these uncertainties today are extremely worrisome, not just with respect to the Western relationship with Russia, but also with China and Iran. Indeed, it appears that certain powers in the West are actively planning for an escalation of this conflict. In September 2016, the Atlantic Council published a report titled, “Global Risks 2035: The Search for a New Normal,” predicting a world marked by the breakdown of order, violent extremism, and an era of perpetual war. The enemies the Atlantic Council underscored were Russia and China, of course.

Not long after that, in 2018, the bipartisan National Defense Strategy Commission appointed by the U.S. Congress issued a rather lengthy report titled, “Providing for the Common Defense.” In this report, they declared that a great power competition, and not terrorism anymore, is now the primary focus of the U.S. military. The report gave backing to the Pentagon’s plan to prepare for a great-power war against Russia, China, or both. The report envisioned that this war would break out within four years, which from that time means that that would be 2022; that the war would be horrendous and devastating; but all of society would need to be mobilized in a whole-of-nation effort, including everything from private corporations to academic institutions.

So you see, there’s this theme of preparing the nation, that keeps recurring in these reports, in Wess Mitchell’s report to the Senate Foreign Relations Committee, and so forth. Which does indicate certain coordination and intent, to bring this conflict about, or at least escalate the Cold War confrontations. 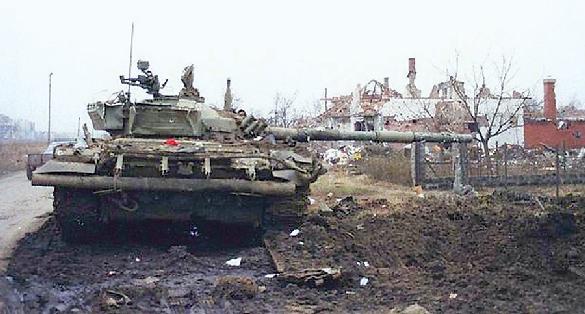 CC/Peter Denton
Just one provocation, one false-flag incident credibly attributed to either Russia or China, could suddenly polarize our societies, and the collective psyche could morph into the black-and-white, us-against-them mode. Shown, a disabled tank in Vukovar, Croatia, November 1991.

From today’s perspective, all this nuclear confrontation that we’re talking about may seem unthinkable. However, I think we should not be complacent in the face of such plans. Just over a century ago, the outbreak of World War I caught almost everyone entirely by surprise. In 1919, in The Economic Consequences of the Peace, John Maynard Keynes wrote about the peaceful, prosperous state of affairs in London in the early days of 1914, and he noted that the state seemed “normal, certain and permanent.” So, the world seemed secure at the beginning of 1914.

The American historian Alexander Noyes, writing in 1925, also noted the suddenness with which World War I broke out, and the total absence of popular belief in the possibility of any such event, up to the very week in which the war began.

I can personally relate to this surprising turn of events, because as a young man, I lived through the breakout of war in the former Yugoslavia, and I served in the Croatian army during the war. The remarkable thing about that escalation was that the conflict—only a few days before it began—the conflict was almost unthinkable, and I think nobody believed that there could be war; I certainly didn’t think it would happen. Yugoslavia’s ethnicities, cultures and religions were intertwined in many ways, over many generations, and while we did have our haters, most people, by far, did not want to hate their neighbors, did not want war, and positively wanted to preserve peace.

However, once the shooting started and once the destruction began to happen, and there were casualties, everything very quickly and very suddenly changed: The societies rapidly polarized; empathy for the other side quickly went out of fashion; the pacifism became unpatriotic, and political opposition became tantamount to treason.

At present, we can still talk about Russia, about China, about Iran and their leaders in somewhat nuanced terms, we can exchange opposing opinions and disagree. However, hot war with either nation would still be unthinkable to most people.

All the same, one provocation, one false-flag incident credibly attributed to either Russia or China, could dramatically change all that, and our societies might suddenly polarize, and the collective psyche could morph into the black-and-white, us-against-them mode. Nobody should think this is impossible: Two world wars have already broken out on the European continent and we should take the lessons of the past seriously, so we don’t complacently slip into the third one.

On the optimistic note, I think that even though the state of affairs today seems ominous, we, the ordinary civilians, should not be discouraged and should not assume that we have no power to change things. Confucius wrote that a seed grows with no sound, but a tree falls with huge noise. Destruction has noise, but creation is quiet. This is the power of silence. The seed that Confucius mentions is us, and I believe that our endeavors to preserve and build a robust, lasting peace will find fertile grounds today.

Even after nearly two decades of unnuanced demonization, in August 2019 the Rasmussen Reports national telephone and online survey found:

56% of likely U.S. voters agree that “... having Russia in a friendly posture, as opposed to always fighting with them, is an asset to the world and an asset to our country, not a liability”; just 24% disagree.

I think that with this presentation, I’m probably preaching to the choir, but perhaps the audience of this broadcast might find some news in what I just delivered, so I wish to thank you for your attention.