This editorial appears in the March 5, 2021 issue of Executive Intelligence Review. 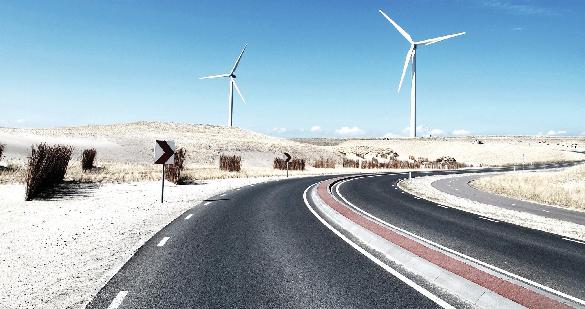 As forecast by EIR, in the aftermath of the Texas power disaster, attempts have now been made to cover up the failures of wind- and solar-powered systems, by censoring criticism.

Feb. 26—Our editorial in EIR’s Daily Alert for February 22 forecast that in the aftermath of the Texas power disaster, attempts would soon begin to use social media to cover up the failures of wind and solar power systems, by censoring criticisms of them. Those attempts to censor “inconvenient truths” about so-called renewables have now begun, and a number of U.S. Senators have demanded that Facebook ban “climate disinformation” from its platform, obviously meaning to include Twitter, YouTube and other social media as well.

A February 25 article in the Washington Post amplified an attempt by the German Marshall Fund in Washington to mark for censorship, any statements that the failure of frozen-up wind turbines in Texas triggered the calamitous loss of power and heat for 10 million people there. The event continued for up to three days in the sub-freezing polar vortex of February 10-17, and resulted in nearly 40 deaths in that state.

The German Marshall Fund has no remaining connection to Germany other than its legacy funding from the 1950s; it is a Washington geopolitical think-tank in the NATO orbit. It hooked up with the Washington Post to identify, in particular, Sean Hannity’s February 17 interview of Texas Gov. Greg Abbott on Fox News, in which Abbott said that the failure of nearly all the wind power in the state caused the blackouts to begin. Like other elected officials in the parts of the country most affected by the polar vortex, Abbott called for more coal-fired and nuclear power plants. This, the think-tank found, was widely followed and approved on Facebook and YouTube.

But to the Fund and the Washington Post, this meant that “The recent explosion of falsehoods related to the Texas power outages highlights how climate science and related topics like renewable energy are a ripe target for online propaganda. Tech companies have not been aggressive in stepping up their defenses against climate disinformation, despite increasing public pressure from environmental activists to do more.” The Post headlined its piece, “Social Media Helped Fuel False Claims About Texas Power Outages.”

Censors’ Motive Not Held Back

The claims were not at all false, as we will show. And the Texas catastrophe—which also, overnight, created a $50 billion bubble of unpayable debts of consumers and deregulated utility and power distribution companies—could fuel effective attacks on the anti-nuclear, anti-coal policies of Green power brokers as Governors Andrew Cuomo of New York and Gavin Newsom of California are promoting more “Texas” calamities. That’s why the media are activated against public knowledge of what happened in Texas.

Strikingly, the Marshall Fund speech police and the Post advertised their completely political motives front and center: “Researchers [from the think-tank—ed.] are especially concerned about the wind turbine claims because they weren’t completely fabricated. Instead, they were manipulated to serve the political goal of undermining Democrats’ efforts [!] to fund renewable energy sources. ‘This kind of manipulative content can be even more pernicious because it maintains an element of truth,’ wrote [Adrienne] Goldstein and Eli Weiner’ ” of the German Marshall Fund.

Sen. Elizabeth Warren (D-Mass.) is quoted threatening Facebook for allowing such statements as Abbott’s: “The future of our planet is at stake, and there should be no company too big, too powerful and too opaque to be held accountable for its role in the climate crisis. Facebook is no exception.” Warren’s earlier letter, with three other Democratic Senators, had said: “Reports indicate that Facebook has created loopholes to allow the spread of disinformation about the climate crisis on its social media platform; Allowing the spread of climate disinformation on Facebook is inconsistent with the company’s claims that it is ‘committed to fighting the spread of false news on Facebook and Instagram’.”

The Evidence on Texas

More fine-tuned data are available showing how the failure of wind power triggered the calamity in Texas. The data-driven research firm Cascend created charts of the power generation reports issued by the Electric Reliability Council of Texas (ERCOT), by source and by day, and found a clear pattern: The wind turbines across Texas, with their rated capacity of 25.1 gigawatts (in winter; the “peak summer installed” wind capacity is 30 GW according to the U.S. Energy Information Agency), fluctuated wildly all during February with some points as low as 3-4 GW actually generated, some as high as 22 GW. So, the “back-up” of disappearing wind power by natural gas turbine plants had been necessary already several times during the first half of the month, and had kicked in “without problems.” Nonetheless, wear-and-tear problems can occur anytime that electric power plants are being cycled up and down frequently—as the natural gas plants are, in Texas and wherever there are wind and solar “interruptibles.”

Cascend’s charts show that natural gas power production ramped up slowly but strongly during the days from the 9th to the 14th, going from about 15 GW of generation to briefly as high as 40 GW on Sunday, February 14—at which point it was replacing all the lost wind power “as planned”—but then failed on the disastrous Monday, February 15, dropping back down to 25 GW. Many reasons have been cited for that, but for that day and the following two, gas power was making up only about half of the lost wind power. (The small amount of solar power capacity that Texas has installed, rarely having generated as much as 8-9% of total power, disappeared almost entirely.)

Coal-fired and nuclear power generation also fell from February 13 onward, but by much smaller amounts; they fell from a combined total of about 35% of power generated, to about 25%, with most of the loss coming from reduced generation by coal plants.

There was another environmentalist factor operating in the Texas blackouts, bearing on coal-fired generation. On February 12, ERCOT issued a request to the Department of Energy (DoE), to issue an order covering February 14-19 for “the provision of additional energy from all generation units subject to emissions or other permit limits.” In other words, ERCOT asked for a waiver of environmental regulations in the emergency, to give it free rein to use all the state’s power generation capacity as needed.

The February 14 order DoE issued in response (Order No. 202-21-1), makes clear such a clear waiver was not granted; rather, DoE rode herd on Texas, demanding stringently that ERCOT authorize expanded fossil-fuel generation only in the exact amount required and for no more than the exact period required, to prevent blackouts. Whether such precise hour-to-hour planning was even possible, and how much this “low-carbon” order worsened the emergency, is unknown to EIR; it is certainly likely that it did make it harder to avoid the worst.

Conclusion: Since the forces pushing the “Green New Deal” want all coal power shut down and nuclear power steadily retired, the power model of the Green Luddites is wind farms and solar parks everywhere, backed up by natural gas turbines when they stop generating. It is that model which, transparently, failed in Texas and caused the resulting economic and human calamity there.

Notably, across the Upper Midwest, where the polar vortex freeze was even deeper, and where wind and solar installations also dropped to 3-4% of total electricity generation, the baseline of predominantly coal-fired power, flanked by nuclear and natural gas, carried the region through without the calamities of Texas.

Are we to be prohibited from saying, and others from knowing, what I’ve just described, so that the “Green New Deal” can plow ahead and drive down our economy’s ability to support our people? That is already happening, and must be reversed.

One crucial line of defense against this far-advanced process, is formed by the fights to stop the imminent shutdowns of nuclear plants, as in Illinois and New York State. These are not only workhorses of safe, reliable electric power, but generate revenues which support schools and municipal services and which will “go elsewhere” (think Wall Street) if wind farms replace them.

The battle for the Indian Point reactor north of New York City involves the Independent campaign of Diane Sare, running against Sen. Chuck Schumer and against the low-power policies of Gov. Andrew Cuomo, the well-known New York Achilles with a lot of heels. Today Mrs. Sare held a web symposium with local leaders, “Shoreham and Indian Point Closures: The Biggest Crime in New York History.”