Panel 4The Challenge of Famine and Pandemics— The Coincidence of Opposites, or Mass Extinction? 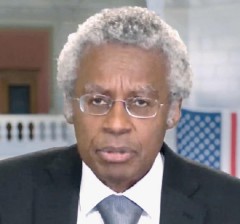 Hello, and welcome to the 4th and final panel of our two-day Schiller Institute conference, “World at a Crossroad—Two Months into the New Administration.” Today’s panel is called “The Challenge of Famine and Pandemics—The Coincidence of Opposites, or Mass Extinction.”

The Coincidence of Opposites is an idea and an initiative that was created by Helga Zepp-LaRouche to address a series of crises that erupted last year, most notably, of course the Covid-19 crisis. But more than that, a kind of crisis of multiple plagues, not merely the plagues that are generally associated with the Four Horsemen of the Apocalypse—the Plague of War, of Pestilence, of Disease, and Famine. But also a sort of cultural plague, an emotional or psychological plague, in which the actual future of the human race seemed to be in doubt, not because of nuclear weapons, or not because of even the pandemic, but because of the confluence of indifference, moral indifference that we’re seeing in the lack of response to the conditions of the crisis of the last year.

Now, the capabilities of the human race have never been greater. You can see that expressed in the dance being done around the planet Mars by the United Arab Emirates, China, and the United States. The forms of cooperation that are possible for the human race have never been, in fact, more auspicious. And with nearly eight billion people on the planet, inaction, or action to defend humanity, has never carried a greater consequence.

Today, our first presenter will be Dr. Joycelyn Elders, former Surgeon General of the United States, and a co-initiator with Helga Zepp-LaRouche of this Committee for the Coincidence of Opposites.