III. Committee for the Coincidence of Opposites Takes Action

COMMITTEE FOR THE COINCIDENCE OF OPPOSITES

Join Forces Against Pandemic and Famine 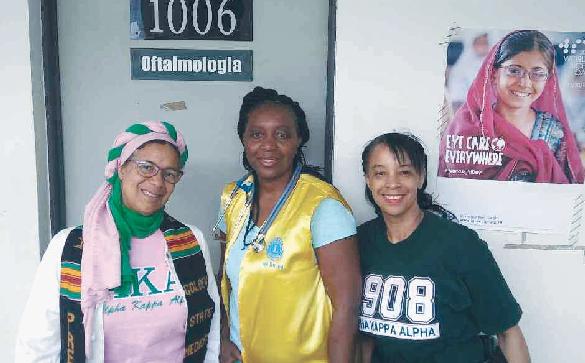 April 11—The world has now reached a new, horrific milestone of more than three million deaths worldwide from COVID-19. With the infection rate increasing in many countries and new variants on the rise, the urgency of concerted, coordinated actions by major governments has never been clearer. An even greater number of lives are now threatened by famine. UN World Food Program Director, David Beasley, warns that as many as 270 million people are at risk due to conditions exacerbated by war, the pandemic, locusts, and other disasters. At the same time farmers in the world’s highest-output food belts—France, Germany, India and elsewhere—are in the streets with their tractors, protesting low prices, and new agro-dictates that will ruin them and reduce world food production. U.S. farmers are fighting for the very existence of independent family farming.

It is precisely this grievous picture that the Committee for the Coincidence of Opposites is committed to change. The Committee was launched in Summer 2020, by Schiller Institute founder and President, Helga Zepp-LaRouche and Dr. Joycelyn Elders, former U.S. Surgeon General. To date, actions of major governments, with a few notable exceptions, and international relief organizations, have been woefully inadequate in addressing this crisis. If we are to solve these problems for humanity—eliminating pandemics, starvation, and poverty—we require a new type of thinking. Helga Zepp-LaRouche has emphasized the need to think in terms of the coincidence of opposites. This is the method developed by the theologian and scientist Cardinal Nicholas of Cusa (1401-1464) and utilized in the nonviolent direct-action approach of Mahatma Gandhi and Dr. Martin Luther King, Jr. It is essential that governments work together to: 1) implement full-scale emergency relief programs; 2) establish modern healthcare systems in every nation, including full set medical infrastructure and trained staff; and 3) defend and expand family-farm scale, independent agriculture everywhere. 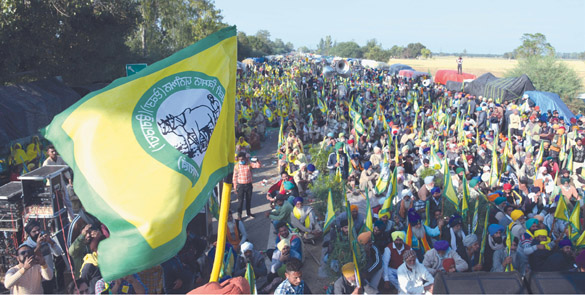 The Committee is bringing together people of good will, of various backgrounds, including youth, social activists, medical personnel, farming and military experts, religious institutions, and others; people concerned—not just about themselves, but the crises facing all humanity. The conception is to demonstrate in a few initially small, but well-designed pilot projects, how we can mitigate tragic circumstances and inspire the large-scale government and related response needed. 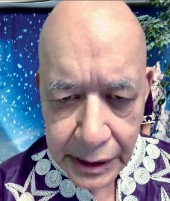 Washington, D.C. Ward 8 in the District of Columbia currently has the highest COVID-19 infection and death rate in the city. It was the locus of the Schiller Institute’s battle 20 years ago, to save D.C. General Hospital, the former full-service, large public hospital that served the mostly poor, primarily black residents of the area. Dr. Walter L. Faggett, former Chief Medical Officer for the District of Columbia, has recently been appointed to chair the Ward 8 Pandemic Emergency Task Force. He reported during the recent Schiller Institute international conference (see below for more information), that the Task Force is now utilizing the concept of youth brigades as community healthcare workers, championed by Dr. Elders. They educate their fellow citizens on public health safety measures, and on overcoming vaccine hesitancy; they set appointments, provide transportation, etc. Medical, nursing, and other students from the Greater Washington, D.C. area colleges are being recruited to assist, including the University of the District of Columbia, Howard University, and Morgan State University in Baltimore.

The objective is to have as many people as possible ready and willing to take the vaccine as soon as the supplies become available, on May 1, to everyone over 16 years of age. Washington D.C., as the nation’s capital, could ideally serve as the hub for spreading such a program to cities and counties around the country, and even around the world, which could use this model in their own area. Similar programs are now being discussed or initiated in East St. Louis, Illinois; Natchez, Mississippi; Detroit, Michigan, and other localities. Future teleconferences are planned with students from the United States, together with their counterparts in Africa. 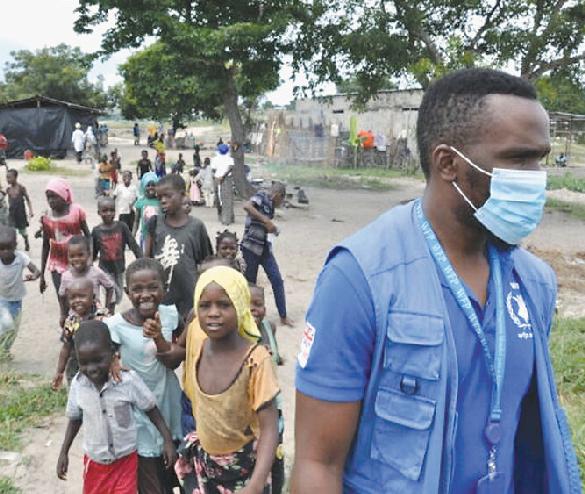 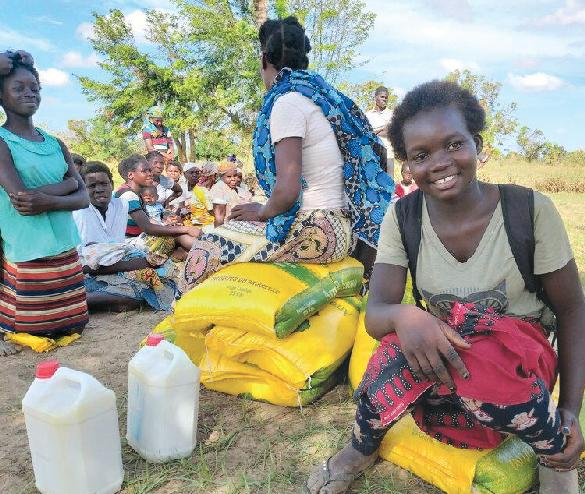 WFP/Sean Rajman
Food assistance in Mozambique, vital for those who have lost everything.

Mozambique. The Committee for the Coincidence of Opposites, in collaboration with the Golden State Medical Association—the California branch of the National Medical Association (NMA), has launched a major effort for the delivery of medical supplies, food and seeds to Mozambique, in Southeastern Africa. With a population of 31 million, Mozambique is one of the poorest, and youngest (17 years is the median age) nations in the world. Terrorist attacks in the northern province of Cabo Delgado, have displaced more than 670,000 people. There is chronic malnutrition, with over half of the children malnourished. There is widespread damage from recent cyclones. Crowded shelters and homes lack the most basic necessities, including soap, contributing to cholera, malaria, and COVID-19. The disruption to Spring harvesting and replanting is severe.

The goal is to get a delivery of food, medical supplies, and seeds into Mozambique as rapidly as possible, at the same time publicizing in the U.S. and internationally, the necessity for a global mobilization by governments and institutions for health security for all. Several farm leaders and military experts are joining with the Committee to publicize and support this mission. The Committee intends to supply food (corn-soy meal, dried fish, etc.), seeds (corn), water purification tablets, medical supplies (PPE, pharmaceuticals, bandages etc.) procured both in the U.S. and directly in Africa, to minimize transport costs. Funds and donations-in-kind are now being collected by the Committee and are tax-deductible.

Dr. Khadijah Lang, President of Golden State Medical Association, and Chairman of the NMA Council on International Affairs, in her concluding remarks to the March 21st Schiller Institute conference, beautifully captured the spirit with which we should approach the responsibility that each of us bears in the current crisis. She stated,

Everything we’ve said today goes hand-in-hand with the importance of us trying to see how we can make an impact, whether it’s in one small village, or one small province, and demonstrate for the world to see what can be done. How we can help when we come together and work together with our resources to make one place a better place. Hopefully, others will be inspired and motivated by that, to do the same thing elsewhere. So many times, people think if they don’t have full control of a situation, that there’s nothing that can be done. But I think it is important for all of us to realize that there’s plenty that we can all do. It doesn’t necessarily have to be something where you have full control. Where there’s a will, there’s a way. Together, we can make this work.

For more information on the Committee for the Coincidence of Opposites:

Watch Panel 4, “The Challenge of Famine and Pandemics—The Coincidence of Opposites or Mass Extinction?” Panel IV, from the Schiller Institute international conference March 20-21, 2021, “The World at a Crossroad.” The full transcript of Panel 4 of the conference was published in EIR Vol. 48, No. 14 on April 2, 2021.