The Americas: A China-USA New Path of Cooperation

Simón Levy is the founder of the China-Mexico Lecture and Fellowship at the National Autonomous University of Mexico (UNAM); He was Undersecretary for Planning and Tourism Policy of Mexico (2018-2019). He delivered this speech to the second panel, “The Strategic Crisis Facing the Human Race,” of the March 20-21, 2021 Schiller Institute conference, “World at a Crossroad—Two Months into the Biden Administration.” 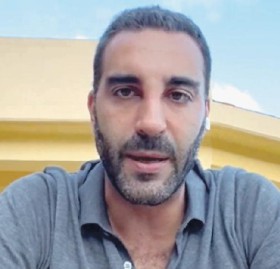 I am very grateful to the Schiller Institute for the invitation to join its international conference, “Two Months after the New U.S. Government: The World at a Crossroads.” In the next minutes, I will share how China and the U.S. can build a new path of cooperation for their geopolitical challenges.

Currently the biggest variable affecting China-U.S. relations is geopolitics, not economy or trade or technology. If Biden would continue carrying out acts of suppression against China in the trade and tech fields, like Trump, or if he won’t change his strategy and understand that the new stage of new possibilities with China, is not to be against China, and instead for each to understand the geopolitical challenge and security fields rather than trade war, as in the past. If Biden chooses the latter path [to not change his strategy, to be against China], the situation would be much more complicated than the trade and tech wars, and pose a greater challenge to China.

We definitely will not reach agreement based on coincidences—I mean, between China and the U.S.—but on divergences, on differences between these two worlds, and by the possibilities of rapprochement, understanding, or complementarity. On the part of the United States, the McCarthyite and visceral anti-communism still prevails to a large extent, ignoring the fact that China is an advanced capitalist society. This is extremely important: It’s not a communist country. It has its own socialist structures and with very positive results.

On the Chinese side, its rejection of economic neoliberalism does not exclude the possibility of dialogue on this question. This is the second point. Instead of the path of debt, Europe and United States should cooperate with the extension of the Xi Jinping initiative, the Belt and Road, and with the idea proposed by China to connect Asia with Africa and Europe, via land and maritime networks, with the aim of improving regional integration, increasing trade, and stimulating economic growth, instead of the path of debt.

My last comment is that China can strengthen the possibility of a new economic path with the United States, a path of development, creating a new ecosystem of productivity, bringing that through infrastructure, tech infrastructure—and when I say tech infrastructure, I don’t mean for security measures and security conflicts; I mean for railroads, trains, and connectivity. If the U.S. decides to bring a new path of productivity, bring in China to increase their investments in South America, in Central America, China will boost the Latin American economy, the Central American economy, and the Mexican economy. If it’s so, the U.S. will get the benefits, because all the region, the nature of the region, and the geopolitics of the region and the integration of the region, will be with Latin America. And then we will have the possibility for a win-win-win situation.

Thank you very much to the Schiller Institute for organizing this extraordinary portrait of new possibilities and new paths after COVID-19.