The New Silk Road and Pakistan

Sultan M. Hali is a journalist and author from Pakistan, and has spent decades studying and traveling in China. Mr. Hali delivered this address on March 20, 2021 to Panel 2, “The Strategic Crisis Facing the Human Race,” of the Schiller Institute conference, “The World at a Crossroad—Two Months into the Biden Administration.” 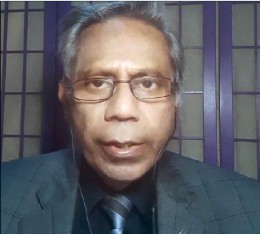 The New Silk Road, also known as the Belt and Road Initiative (BRI), has been established on the lines of the ancient Silk Road, which for many centuries was the most important land route linking Europe and Asia. Any mention of the ancient Silk Road revives the stories of the travels of Marco Polo and Ibn-e-Battuta, one a Venetian and the other a Moroccan, who had made their fabled trips to China in the 14th Century and brought back rich memories of their travels and chronicled the same in their travelogues for others to follow.

The ancient Silk Road, besides serving the purpose of a trade route, greatly contributed to exchange of culture, religion, ideas and knowledge leading to the age of discovery. It is known that Christopher Columbus, equipped with Marco Polo’s nautical map of the new world he had brought back from China, and Marco Polo’s travel notes, sailed in pursuit of a new and shorter route to India, accidentally discovering America instead.

The Silk Road, which commenced as a trade route during China’s Han Dynasty (206 B.C. – 220 A.D.), extended over 6,000 kilometers (4,000 miles) and derives its name from the lucrative trade in Chinese silk. Initially, the Silk Road extended to India, but the Central Asian sections were expanded around 114 B.C.

The main traders utilizing the ancient Silk Road were the Chinese, Persians, Greeks, Syrians, Romans, Armenians, Indians and Bactrians; while from the 5th to the 8th Century A.D., the Sogdians too made use of the ancient trading route. The Silk Road gradually lost its value and importance in the modern period due to developments in maritime transportation and political compulsions in the region.

The revival of the New Silk Road concept reveals that a number of international initiatives are aimed at achieving the same goals through independent juxtaposition.

China’s approach to the New Silk Road is multipronged and multi-dimensional, and is the combination of a land-based Silk Road Economic Belt and a sea-based 21st Century Maritime Silk Road.

On one hand, it enables China’s energy-consuming industrial base to acquire inputs from a wide variety of sources; on the other, it facilitates the energy-rich Central Asian States to replenish energy supplies not only to China but to energy-starved consumers in Europe, Africa and Asia. In the bargain, China is ensuring that the new financial institutions it has created will provide fiscal support to the developing nations to lay down the requisite infrastructure for meeting the demands of the consumers.

These initiatives are fraught with the peril of the risk of hitting a “return wall” by pouring huge investment into low-return projects in high-risk countries, but China’s economic planners are willing to take this risk because they too have risen like a phoenix from the ashes of deprivation and despondency, thus appreciating the essence of a helping hand, and want to take their less fortunate neighbors along to benefit from their largesse and climb out of the well of poverty.

The advent of New Silk Road projects will act as a catalyst towards generating regional cooperation; building political flexibility; enhancing economic growth; offering trade diversifications; and investing in transportation, mining and energy sectors. Central Asian republics—bounded by the closed economy of the erstwhile USSR and limited by their geographical location, offering inadequate connectivity—are now being presented an epoch-making opportunity to play their destined roles in world economy. Traditionally it was envisaged that media had shrunk the world to a global village; now it is the Silk Road Concept which is bringing nations, races, continents and people closer in a tight-knit community sharing their resources of production, services, energy, information and understanding.

Pakistan and China enjoy a unique relationship. Eminent American historian Stephen F. Cohen, after a seminar, was asked which two countries in the world enjoy the closest relationship? The audience was expecting him to name the U.S. and Israel, but were taken aback when the learned academic said “China and Pakistan.” He went on to define the parameters of the deep relationship between the two, which are beyond transactional, defense or economic needs, but are based on principles and mutual respect, and have withstood the test of time, evolving into a special bond.

The China Pakistan Economic Corridor, also known as CPEC, is a flagship project of the New Silk Road. The CPEC is a comprehensive 15-year development project between Pakistan and China spanning 2015-2030 that entails the linking of Pakistan’s Gwadar Port to China’s northwestern region of Xinjiang through highways, railways, oil and gas pipelines, and an optical fiber link.

The project was envisaged by the Chinese President Xi Jinping in 2013.

This scribe has a personal exposure to the New Silk Road mega-project. On the eve of President Xi Jinping’s historic visit to Islamabad to launch the project, I was invited by the Chinese Foreign Office to lead a delegation of four Pakistani and three Sri Lankan senior analysts to receive in-depth briefings at Beijing and other locations.

China’s Assistant Foreign Minister Liu Jianchao’s briefing centered on sharing details of the visit in the realm of cooperation with both Pakistan and Sri Lanka. The Minister named at least 25 major projects, especially in the energy sector, capacity building, technology development, and communication infrastructure under the aegis of the CPEC being envisaged, planned and operated jointly by China and Pakistan as a pilot project of the New Silk Road.

The Economic Corridor covers the populated and major areas of Pakistan and comprises energy projects, transportation infrastructures and economic zones along it. The construction of these projects will promote the flow of goods, information, and other resources, including people. The Economic Corridor will usher more opportunities for cooperation, more projects in energy, trade and transportation infrastructure sections, providing more jobs opportunities to the people of both nations.

Besides the briefing, the visiting analysts were provided the opportunity to tour the organizations engaged in implementing the projects envisioned or investing in the enterprises; e.g. China Harbour Engineering Company, which has constructed the first phase of the Gwadar deep sea port; and the Dongfang Electric Corporation, responsible for successfully undertaking major assignments like the Ghazi Barotha Hydro Power Project and the Nandipur Hydro Power Plant, amongst numerous others.

The Export-Import Bank of China on the other hand is a serious investor, which has already provided $3.6 billion support to Pakistan in terms of concessional loans and export service credits, and was poised to sign new framework agreements with institutions in Pakistan to invest billions of dollars in upcoming development projects in Pakistan, especially in the energy sector and the CPEC.

In terms of what the New Silk Road means for Pakistan, suffice to say that it has provided a unique opportunity for the uplift of Pakistan, especially its backward regions like Balochistan. Unfortunately, the detractors of China have manipulated some misguided Balochis that the mega-project would make no difference to their state of deprivation. Terror-mongers like the Pakistani Taliban and the Islamic State have been active in recruiting, training and arming insurgents to attack the Chinese Engineers as well as Pakistan’s law-enforcing agencies.

Pakistan has created a special security force for ensuring the safety of the personnel, and the project and has not only managed to turn the tide of terrorism, but the New Silk Road project has started paying dividends, with the locals benefitting immensely with the installation of numerous development projects, schools, vocational training centers, health facilities and water purification projects.

The early harvest as well as the second phase projects have reached fruition. During the challenges faced due to COVID-19, not a single project either slowed down or was delayed, which is remarkable. Simultaneously, China launched “The Health Silk Road,” to run parallel to the multiple overland Silk Road corridors and the Maritime Silk Road, in a graphic demonstration of soft power, offering COVID-19-related equipment and medical help, including COVAX to more than 100 nations.

The New Silk Road’s most vocal critic so far has been India’s Prime Minister Narendra Modi. Vehemently opposed to CPEC, which runs through a part of Kashmir claimed by India, he has called the route a “colonial enterprise” that threatens to strew “debt and broken communities in its wake.”

In consonance with the terror attacks, propaganda campaigns have been launched to discredit the New Silk Road. China is being likened to the British East India Company, which had come to India in the 18th Century as traders and managed to conquer the whole sub-continent. Rumors are being spread that China is indulging in “debt-trap diplomacy” to saddle borrowing nations with enormous debt, so as to increase its leverage over them. The term “debt-trap diplomacy” was introduced by Indian academic Brahma Chellaney in early 2017 and has been widely used in recent years to allege China’s lending policies, though the factuality of the allegations against China has been criticized by multiple academic institutions including Rhodium Group, Chatham House and Princeton University, which have stated that the narrative of debt-trap diplomacy in the context of Chinese investments isn’t true.

The fact is, that as far as Pakistan is concerned, most of the Chinese firms that are participating in the mega-project have entered as investors. What little financial borrowing has taken place, is at very low interest and spread over a too long period of repayment schedule to become any burden.

The advantages that accrue to Pakistan are that energy-poor Pakistan has found a savior in China, which has promised to stand by the country in its dark hour; parts of the country used to suffer power cuts for up to 18 hours a day, which is down to nearly zero.

Over the past decade, Islamabad has moved to not only fill the infrastructure gaps within its boundaries but also strengthen its ties with preferred northern partners and finally realize its potential.

The U.S. too has reservations towards the New Silk Road. According to the “String of Pearls” theory, coined in 2005 by the U.S. consulting firm Booz Allen Hamilton:

China will try to expand its naval presence by building civilian maritime infrastructure along the Indian Ocean periphery. This corridor is one of the many megaprojects planned by China in Central, South and South East Asia for expanding its political and economic influence to counter the relatively better established U.S. sphere of influence in the region.

The big-power game has placed Pakistan in a unique position. It can potentially balance the major power rivalries and promote trade cooperation in the region as it enjoys good relations with both the West and China. Historically, there is precedence, when a similar initiative taken by General Yahya Khan’s regime in 1970 had also brought the two great powers on the diplomatic table; and in current scenario, a trade-oriented diplomacy by Pakistan can help reduce the complexities of this rivalry.

Thus for Pakistan, the New Silk Road is a game changer that will accrue numerous benefits, not only economically, but also enhance its prestige in the comity of nations. 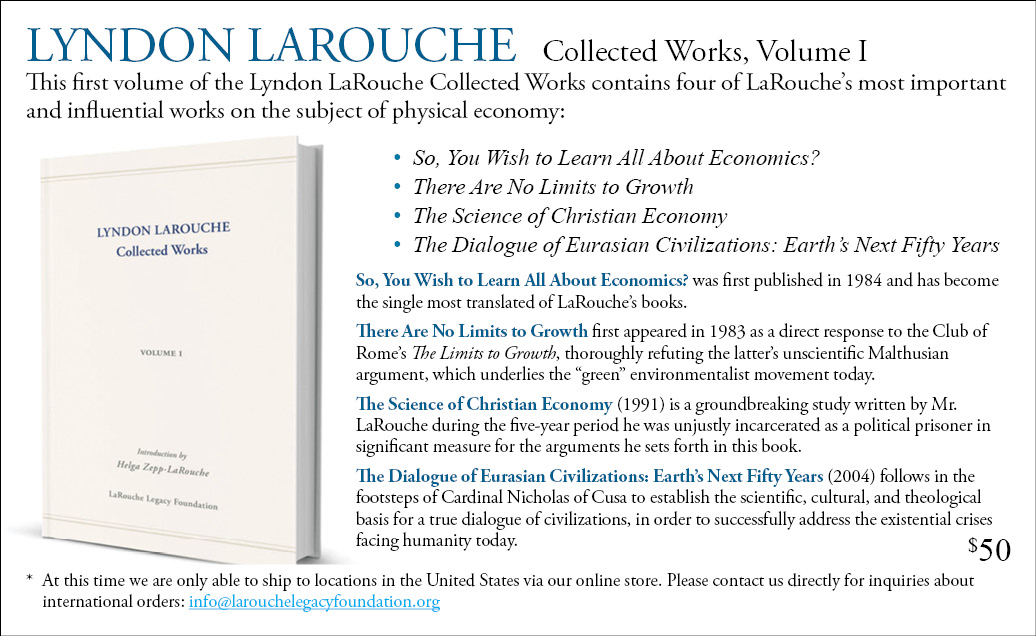