Alejandro Yaya is an Argentine educator, chemical engineer, and vice president of the Civil Institute of Space Technology. He delivered this speech on March 20, 2021 to Panel 2, “The Strategic Crisis Facing the Human Race,” of the Schiller Institute conference, “The World at a Crossroad—Two Months into the Biden Administration.” The speech is translated from the Spanish, and only two of Mr. Yaya’s many graphics are included here, but may be seen here. 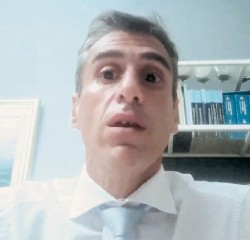 Good afternoon. I’d like to talk to you about education, science and technology, and dreams that become reality. The world today poses unheard-of challenges: a pandemic, and constant crises—economic, financial, cultural, institutional. Everywhere we see things like post-truth, fake news, lawfare, corruption, wars, human trafficking, migration, etc. The question is: Will we be able to get out of this mess? How will we do it?

These crises have already produced systemic crises, where the world order is at issue: Two models—one is unipolar, globalist, and internationalist; the other model is multipolar and integrated, but which respects the identity of nations. Which will prevail? Which shall we join? That’s one of the most important questions.

In the confrontation between these two models, old specters are reappearing: East against West; Russia against the U.S.; and a new power that is emerging: the U.S. against China; NATO against Russia. China, in less than 30 years, has been able to transform itself into a power, not only economically and commercially, but also in science and technology, which is challenging the established order and today’s hegemonic power, the United States. The economies of the two countries are interrelated.

The question is: How should Latin America face these challenges? Recently Argentina’s president met with the president of Mexico, and they agreed to establish a strategic alliance. Let me say right away that if that strategic alliance is based only on trade, it will fail, as has happened in the past. For the strategic alliance to work it has to be based on complete integration. If not, it isn’t strategic. It has to pose regaining the identity of the Hispanic world, which unites all of the peoples of the Americas. The great fatherland. But doing it.

And how do I modestly believe that can be achieved? Mainly through science and technology, through education. If we achieve that, we will progress. But it has to be a different kind of education, one based on beauty, technology and art, because those are the challenges of this century.

A few years ago, a group of distinguished science, technology and engineering professionals who were all teachers at a technical school, or who were graduates of it, proposed the following: We’ll focus on applied R&D to produce innovations in that educational environment. The problem is that [the school] consisted of adolescents between 13 and 19 years of age. Immediately our colleagues told us: That’s impossible; it can’t be done. That’s done by universities, or by R&D groups in the country’s sci-tech academies, or perhaps in the private sector. But adolescent youth aren’t interested; it’s not their thing, they won’t do it.

Thank goodness those teachers and enthusiasts didn’t listen to their colleagues; they were instead ready to tilt at windmills. They decided to talk to the parents of the kids, and invite them to participate in the project. Many of them joined us.

It’s interesting that many of those youth weren’t the most diligent—maybe they were even among the least diligent who joined the project. Regardless, we were rigorous with all of them. There were no academic advantages; but what there was, was that they were going to learn what was needed, and what they were going to do with their studies later wasn’t going to get in the way.

At the time, that institution taught things like construction, chemistry, mechanics, electronics and computer sciences. No sooner said than done: The projects which we presented to the youth were based on advanced technologies; they were challenging for that time and place. They included robotics, sustainable construction, telecommunications, aeronautics and space sciences, as well as the Internet of things. The question was: could it be done?

All of the projects had one thing in common, a common thread: space. Why space? Because space is the industry of industries, and the sovereignty of nations depends on access to space. We believed that we shouldn’t train those youth for the 19th or 20th Century revolutions; we had to educate them for the 21st Century, where people are talking for example about industry 4.0.

All of the means were at their disposal and within reach, although we had little by way of resources, which came from our own pockets. Nobody was paying us. Nonetheless, we persevered and we got others to join us. We had to prove that we weren’t crazy.

We decided to register the projects that had promise, in the most important innovation competition in Argentina. We did that, with a tactic. We knew that what is essential is unfortunately not visible to the eye. We didn’t register the projects only as a technical school; we also registered them in the categories about which they had something to say. Two of them were applied research, and robotics. 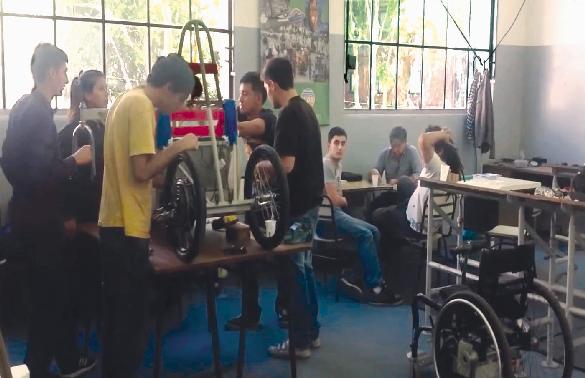 Courtesy of Alejandro Yaya
Mr. Yaya’s 13- and 14-year-old technical school students working on a robotics project for a national competition.

Once they had gotten past the evaluation stage and were accepted in the competition, the time to present them came around. They [the judges] immediately realized they were high school youth who were doing applied research in robotics. That wasn’t supposed to happen in technical high schools. So the judges questioned and evaluated them, and the youth defended their projects capably. They had the bad luck that we, their instructors, weren’t there to help them. In the confusion, we wondered what to do: If we expelled them and sent them to the technical high school category, we would be throwing overboard everything we were saying and doing about the importance of youth and education. If we left them there, it would be an embarrassment to what we were doing in the scientific and technological system.

The result was a negotiation. They won first prize for technical high schools, for a project the youth had done in computer numerical control, based on discarded electronic parts, which could be run with a cell phone. Then in the category of robotics, they won second prize with a dirigible they had built which could fly autonomously, and which had a communication protocol linked to the first project of applied research. No prize was won in this category, but the project was included in the Inovar catalog. It was a suborbital space probe meant to fly to the stratosphere with a balloon. The innovation was a deep space protocol which made use of Wi-Fi.

Years later, no longer at that institution, we enthusiastically continued in other institutions and participated in other competitions. A network of technical space schools presented an anti-hail rocket. The disruptive technology was in engineering. One of the youths who participated in that project founded a start-up, UA Aerospace. Recently, about three months ago, there was a milestone in the history of Latin America: the first private company to launch a rocket using liquid fuel, and which, furthermore, was bio-diesel—a first in the world, beating the United States by about two weeks in doing the same. 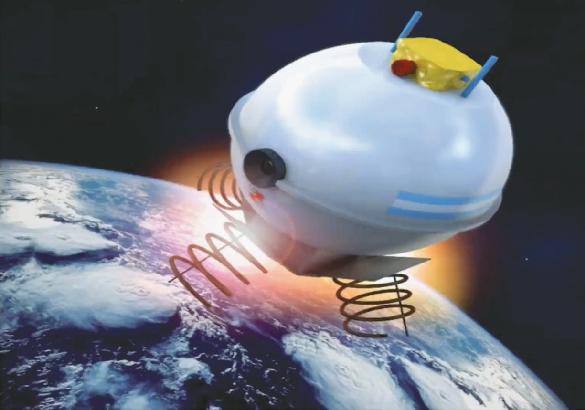 Courtesy of Alejandro Yaya
All of the projects had one thing in common: space…. It is the industry of industries. Here, an upper-stratospheric probe the students created.

We didn’t transform the world. We didn’t really do that much. But if I’m speaking to you today, it’s because the impossible is possible, and because dreams become reality. I’ll leave you with a video of this youth’s accomplishment, who today is working and is also helping to educate other youth. Thank you very much.