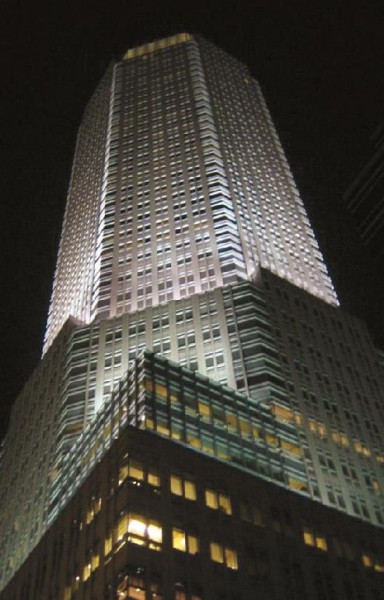 CC/C R
JPMorgan Chase, constantly fed reserves by the Federal Reserve for the past 11 years, has built up an almost unbelievable overhang of its deposits ($2.3 trillion) relative to its loans to the economy ($1 trillion). Wall Street is throwing trillions printed for it by the Fed into a “green” financial bubble.

April 23—President Joe Biden, at his liars’ summit April 22-23, peddled promises of “no carbon” abroad and “no unemployment” at home. Meanwhile, Wall Street banks and investment firms, and multinational energy companies were mobilizing trillions of dollars to loot the United States (and the world), selling billions of solar panels, windmills, and electric vehicles, and shutting down real production to make these toys hyper-expensive. The fantastic rate of money-printing for those banks by the Federal Reserve, European Central Bank, Bank of England, Bank of Japan, etc. for the past 18 months has created those trillions which now are to impose a huge “green finance” bubble on the trans-Atlantic nations. Among the signs of that bubble, are the intentions to price electricity throughout the “advanced” nations at the equivalent of 40-50 U.S. cents per kilowatt-hour, to tax carbon until all coal and oil production stop, and to reduce already critically-short electricity supplies in Africa, Asia, and South America.

In August 2019 at the Jackson Hole (Wyoming) bankers’ conference held by the Federal Reserve, the central bankers discussed what they called a “regime change,” taking over effective control of national spending from national governments. This would let those central banks, together with the biggest London, Frankfurt, Tokyo, and Wall Street private banks, direct both spending and credit, and create new investment bubbles as they wanted. This is Schachtian fascism, after Hitler’s central banker Hjalmar Schacht.

What they wanted was a “green finance” bubble, as made clear by the leading speech given at that Jackson Hole conference by then Bank of England Governor Mark “Zero-Carbon” Carney. The big banks desperately needed a huge new bubble to roll over the collapsing corporate and household debt within the $275 trillion “everything bubble,” before it would blow out. And they wanted to join Carney and Eco-Prince Charlie to make it a “Green New Deal” bubble, because that would bring about the most rapid looting of populations’ living standards and lives by the means stated above.

So the following month, in mid-September 2019, the giant JPMorgan Chase bank conveniently pulled the plug on the overnight lending market, hedge funds screamed for liquidity to speculate with, and the Federal Reserve roared in, printing money: Quantitative Easing 4 (“QE4”) as of October 4, 2019. In March 2020, with the excuse of the COVID-triggered dollar markets collapse, the Fed made it QE Infinite-and-Indefinite, and the ECB, Bank of England, etc. joined the money-printing binge which is still accelerating globally.

As a result, the rapid breakup of the biggest London and Wall Street banks is now urgently needed to defend people’s lives. The evidence is that the biggest banks—through constant injections of liquidity and reserves from the central banks ever since the 2008 financial crash—have accumulated an immense overhang of deposits which they do not lend. Total lending to the economy, of the “Big 4” of JPMorgan Chase, Citigroup, Bank of America and Wells Fargo, has not grown since late 2008, nearly 13 years ago, remaining at $3.6 trillion. But the deposits of those four megabanks have doubled during that time, to $6.3 trillion total, thanks to excess reserves created for them by the Federal Reserve through “quantitative easing” programs. At JPMorgan Chase that overhang is a good deal more than half of all deposits, with just under $2.3 trillion in deposits and just $1.01 trillion in lending to the economy. 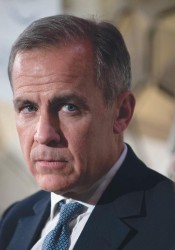 Nothing like such a deposit overhang has ever existed in the U.S. banking system’s history prior to the crash of 2007-08. The situation with the biggest London, European and Japanese banks is similar.

JPMorgan’s “London Whale” episode of 2012—when nearly $100 billion in deposits were thrown into bond index derivative speculations and $7 billion of them vaporized—was “explained” by one of the guilty bank officers as the result of “having all these new deposits [from post-2008 Fed money-printing]…. We had to find investments for them.” But the “London Whale” event looks like a minor violation of banking prudence and trust, compared to what these Wall Street giants do now. On Wall Street alone, more than $4 trillion in excess bank reserves and deposits, created by the Federal Reserve for the increasingly immense “universal banks,” is available for use by their investment-bank trading desks for speculation in stock, bond, swaps, repo and other derivatives markets.

What these Wall Street “universal” megabanks are doing—speculating with trillions in deposits, pumping up the “everything bubble” plus $200 trillion in derivatives exposure of these four alone—will soon blow out the financial system if they and several dozen other giant “universal banks” are not broken up. This demands Glass-Steagall and a new international credit system.

What are they doing with it, specifically? IHS Markit reported April 16 that JPMorgan Chase had announced the previous day that it plans to invest more than $2.5 trillion over 10 years to advance “climate action and sustainable development,” after other major U.S. investment houses such as Bank of America and Morgan Stanley also made such “pledges” of looting funds in the trillions of dollars.

Utility Dive on April 23 reported that during Biden’s “Climate Summit,” Edward Morse, Managing Director and Global Head of Commodity Research at Citigroup, said that global private “clean energy spending” will exceed $1 trillion in 2021. One might ask, how does Citigroup know this? Moreover, Morse said, “Citigroup estimates spending must reach $3-5 trillion per year to keep global warming below 2 degrees Celsius.”

Does this bank, in its supreme Wall Street arrogance, believe that its financial analysts have become climatologists? And that they have acquired the most precise knowledge of the relationship between total energy investments and the average temperature of the Earth for the rest of the decade?! This, when even climatologists’ estimates of future Earth temperatures have been consistently, badly wrong for 35 years? No! This is simply Citigroup stating the immense size of the “green finance” bubble the megabanks intend to create—if nations and organized citizens don’t stop them.

Some Dare Call It Infrastructure

This looting scheme looms over Joe Biden’s green so-called “infrastructure and jobs” program, which is buried in it like an Irish potato farm in British rent. As his own climate envoy John Kerry pronounced it at the climate summit, “No politician, I think, can change what is now happening in the marketplace”—meaning, in the central banks’ green finance bubble.

Biden’s $2.2 trillion American Jobs Plan contains infrastructure spending not much greater than the $568 billion negotiating plan for roads, bridges, ports, broadband, drinking water infrastructure, etc. the Congressional Republicans put up against it on April 22. And the GOP plan does not include subsidies for millions of electric vehicles and chargers as “infrastructure,” which they most certainly are not, no more than weatherizing homes and office buildings is building “infrastructure.” So the Biden plan instead pathetically offers jobs, proposing to spend $400 billion over eight years to pay Americans to take care of grandparents or elderly parents at home.

The actual infrastructure involved, en masse, is primitive, junk-technology wind parks and solar farms. These are being installed and proposed—by multinational banks and corporations—at such a rate that they are really just being strewn over the landscape of farmland, mountains, malls, parkland and off the coasts. Some $200 billion per year is already being invested in unreliable solar- and wind-power infrastructure, and that is now supposed to accelerate vastly through subsidies under Biden’s plan. As already the case in Germany, Denmark and the UK, these installations will quickly double the price of electricity, or worse.

What the financiers want from government, besides the subsidies, are a carbon tax to shut down competing oil and coal power and a “carbon-trading market” on which to trade derivatives and make fortunes on the side.

Wind and solar have added 3,779 MW of new power to the U.S. grid in first two months of 2021; no other electric power infrastructure has been built. Projected wind and solar power additions to the grid in the next three years are 60,000 MW. This is 20,000 wind turbines, each 600 or more feet tall, which in 15-20 years will lose even their intermittent functioning and be torn down into unrecyclable junk. Or, millions and millions of solar panels replacing farm and woodland.

And it is not nearly enough to achieve the fantasy of a “clean, green, electrified” economy which is spread about through Biden’s, Kerry’s and others’ Green New Deal lectures. Nor will it provide the “millions of jobs” promised; more like a few hundred thousand over several years. The Washington Post, in a stern editorial on the first day of Biden’s April 22-23 summit, told Americans what’s in store for them (if they pay attention):

Ramping up renewables while maintaining grid reliability is a major challenge. The United States will require new transmission lines to send electricity from where the wind is blowing and the sun is shining, to where it is not. Continuing research into large-scale energy storage is needed to enable utilities to bank intermittent renewable energy for later use. Huge amounts of new wind, solar and, potentially, nuclear and hydropower infrastructure must be built in a short time, and fossil fuel plants must be forced offline before their natural retirement dates. The electrification of vehicles is an even larger challenge. All this will require tremendous amounts of public and private investment. [Emphasis added.]

Some trade unions may accept this mess in order to “build some wind turbines,” but they will further injure U.S. labor by signing up for a looting scheme with doubled or tripled electricity prices, heavy new taxes, less food production, and so on. But the actual unemployed in America now—still more than 20 million including those who’ve quit the labor force—have, throughout the past 18 months’ collapse of productive employment, needed truly new, high-technology infrastructure projects. Some 75% of the 17 million-plus now on unemployment benefits have only high school education, according to surveys by the Pew Charitable Trusts. The same is likely true of the 5 million who have dropped out of the labor force during this economic collapse.

Consider the fantastic cost of higher education now. Consider how many young people who do have a college education took six, seven, eight years to get it at the cost of great personal debt. Those American workers without a college education cannot be allowed to become an almost permanently unemployed/underemployed underclass.

From at least March 2020, these unemployed have needed the same thing the people of all nations of the world have needed to fight the pandemic: actually productive infrastructure employment such as construction of new hospitals, clinics and public health systems domestically and abroad, production of reliable electrical power capacity and clean water supplies, and training as healthcare employees.

And as to what the economy needs in infrastructure to raise productivity, consider the single case of a storm gate across the outer boundary of New York Harbor from Long Island to New Jersey. Since Superstorm Sandy’s inundation of large areas of New York City, it should have been an absolutely urgent infrastructure priority. Instead, environmental groups are arguing that “sea-level rise” will make it unworkable, and multinationals are considering putting offshore wind turbines there instead.

Real “infrastructure and jobs” will not come from a Green New Deal led by anti-human Malthusians like the British royal family and organized by criminal megabanks that need to be broken apart.