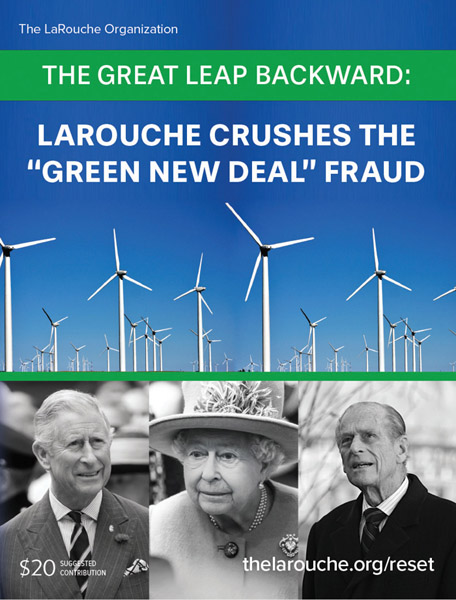 The following is taken from The LaRouche Organization’s new pamphlet, The Great Leap Backward: LaRouche Crushes the ‘Green New Deal’ Fraud. Thus far 15,000 copies are in circulation around the United States.

Before we dive into a few basic absurdities of the fraud of climate change, we should remember that the essential argument of the Great Reset and the Green New Deal is premised on the fraud that carbon dioxide (CO2) is driving an extremely dangerous climate change, and must be eliminated by moving toward “carbon neutrality”—so long as it is not with nuclear power.

It used to be called “global warming,” but when warm parts of the world got colder, they decided to just start blaming any variation in weather on the actions of humanity—particularly those actions which increase the living standard of human beings that the British monarchy would rather exterminate on their warpath back to the days of feudalism.

People have accepted these arguments often out of fear of being ostracized from their peer groups in a classic form of behavior modification (brainwashing), straight out of the handbook of London’s Tavistock Clinic. Others are unable on their own to make heads or tails of the theory, due to a lack of scientific rigor, caused by decades of cultural degeneration. Still others accepted the fraud, thinking that CO2 is some sort of pollution, listed by Obama as a dangerous pollutant, even though plants love it!

Indian Prime Minister Indira Gandhi, a friend of Lyndon LaRouche and Helga Zepp-LaRouche, once asked, “Are not poverty and need the greatest polluters?” The answer is yes, but the oligarchs at Davos intend to force humanity back into mud huts, burning wood for heat, as the drive for including biomass as a “renewable” energy source attests.

Warming and cooling trends have existed since the beginning of this planet, since they are almost entirely driven by processes in our solar system, our galaxy, and even beyond. The following quick points are a reminder of that reality, and a reminder that there is no “consensus” of CO2 as the leading cause of perilous climate change:

• Climate is determined by long-range solar astronomical cycles that are driven by the regular periodicities in the eccentricity (about 90,000 to 100,000 years), tilt (40,000 years), and precession (21,000 years) of the Earth’s orbit. Over the past 800,000 years, the Earth’s climate has gone through eight distinct ice-age cycles of glacial buildup followed by relatively warm interglacial periods lasting about 10,000 years. The current interglacial period has lasted more than the 10,000-year average. Could a new “ice age” be coming?

• One of the leading theories on the relationship of solar cycles to climate change hypothesizes that the magnetic field of the sun alters the galactic cosmic radiation that interacts with Earth’s atmosphere. Danish scientist Henrik Svensmark and Israeli researcher Nir Shaviv say that solar activity (as measured, for example, by the count of sun-spots), deflects cosmic radiation that would otherwise interact with our atmosphere to catalyze the formation of clouds. Less solar activity means more cosmic radiation, more clouds, and cooler temperatures.

• Rising Sea Level: There is no catastrophic, apocalyptic rise in the level of the ocean, which has been rising at about half a foot per century since the end of the Little Ice Age, with no acceleration; the exponential increase in CO2 levels has had no impact whatsoever. 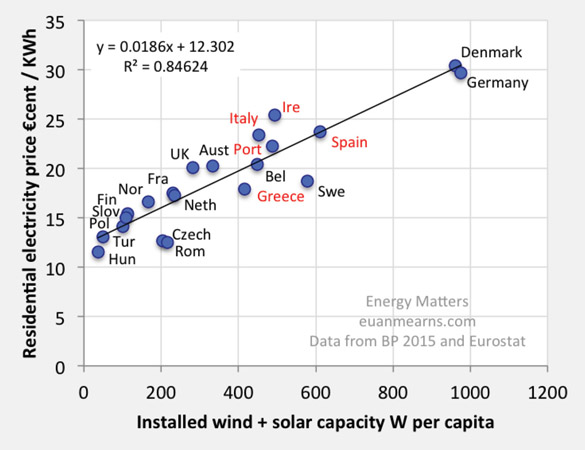 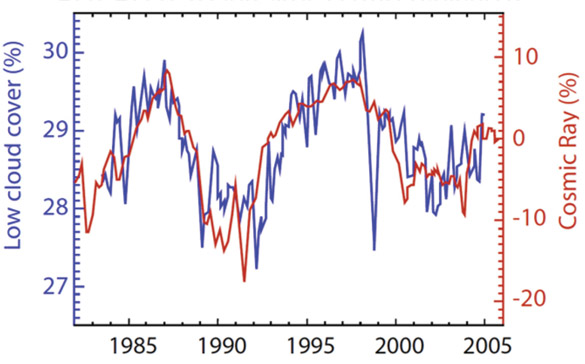 • The IPCC, or Intergovernmental Panel on Climate Change, advertises its scary pronouncements as a “consensus,” but in fact, it has ignored the opposing views of reviewers and many of the scientists listed as members of the IPCC. Sceptics are often bludgeoned by the claim that “97% of all climate scientists agree that global warming is caused by man.” So where does this famous “consensus” claim come from?

The answer is: “it depends.”

Some studies are based on surveys of scientists, while others are based on reviewing published papers and then judging (in the view of the researcher) whether the paper endorsed the hypothesis of significant human involvement in climate change. Not surprisingly, this technique is open to enormous error and bias.

Inquire, “does human activity have an influence on the climate?” Sure, human beings have some effect.

Now pose more important questions, such as, “how much?” and “what to do about it?” Then you’ll find that the seeming clarity implied by the “97%” figure vanishes.

Does the potential risk caused by carbon dioxide justify denying development and causing millions of deaths every year through energy poverty perpetuated by extremely expensive, inefficient power sources such as wind and solar?

Would the costs of accommodating to slightly warmer weather be dramatically higher than the costs of upending industrial civilization to prevent the output of carbon dioxide?

These are the real questions that need answering.

The cold truth is that for the British monarchy, the ends justify the means. Forbidding the use of carbon-based fuel, while preventing the adoption of nuclear technology, will kill billions of people, since “interruptibles” like wind, solar and biomass cannot possibly sustain the present world population.