May 21—Russian Federation President Vladimir Putin held a nationwide virtual meeting May 2, on “Coal Industry Development” with senior federal and regional Russian government officials and CEOs of major coal industry and transport sector companies. In his address and in concluding remarks, President Putin outlined directives for the expansion of both coal production and exports, for an upgrading of Russia’s railroad transport system, for increased coordination between coal producing and transporting companies, for the diversification of the local economies of the many coal producing regions; and he gave specification for new funding mechanisms for these upgrades.

This trajectory of vastly expanded production of coal, as well as its expanded export to the Asia Pacific region, is coherent with President Putin’s joining with China’s President Xi Jinping on May 20 in an online public event to launch the construction of four new nuclear plants in China based on Russian technology. The coordinated, common international perspective coming from Russia and from China, is for expanded production of both fossil fuels and nuclear energy for domestic use, and for export to the former colonial sector, now referred to as the Global South.

Today, I suggest that we discuss the situation in the national coal industry, a key pillar of the national fuel and energy sector. It has great significance for the socioeconomic development of entire Russian regions; we have five coal-mining regions. It is also important for the labor market, for securing employment to hundreds of thousands of Russian citizens and securing their incomes. We have a total of 11 million residents in these regions. Of course, the industry employs far less. However, a total of 11 million people live in these regions.…

I would like to note that Russia has been producing over 400 million tons of coal per year since 2017. Over 50 percent of this amount is exported elsewhere. Coal export volumes have soared by over 33 percent in the past eight years…

Today, the main coal sales are happening in the Asia-Pacific. Last year, 122 million tons of Russian coal were supplied to the region. At the same time, there is an additional demand in the Asia-Pacific that Russian companies could meet. And it is important not to pass up this opportunity; flexibly using the logistics capabilities of our transport system, we should increase the export capacity of the domestic coal industry. And this, I emphasize, means new jobs and higher incomes for people employed in this industry and Russia’s transport sector.

We have already launched plans to develop the Eastern Operating Domain and to expand the capacity of the BAM [Baikal-Amur Mainline] and Transsib [Trans-Siberian Railway], which go to the seaports in the Far East….

‘Texas Froze… The Windmills
Had to Be Thawed’

While not explicitly attacking the absurdity of the Green Deal’s scheme to run national economies on windmills and solar panels, President Putin ridiculed the recent collapse of power production in oil-rich Texas, and, in contrast, outlined Russia’s plan for the steady development of its coal mining regions:

As for the long-term prospects of the global coal market beyond the current decade, I know that there are different forecasts in this regard. It is no secret that some of them suggest a significant market contraction, including due to technological changes in the global fuel and energy sector, as well as the active use of alternative fuels.

We also know what is happening with this: Texas froze because of the cold weather. And the windmills had to be thawed in ways that are far from environmentally friendly. Maybe this will also cause adjustments.

In any case, it is necessary to carefully study all possible scenarios in order to guarantee the steady development of our coal-mining regions even with a decrease in global demand for coal and with a decline in the global situation.

In particular, it is important to use the export revenues of the coal industry to strengthen and diversify the economies of coal-mining regions. And of course, this resource should really work to improve the well-being of people and to create modern, comfortable living conditions. 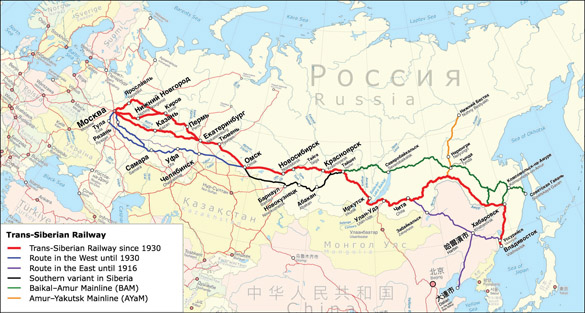 Shaping a Future of High Energy-Density

As the Western powers encircle Russia with NATO expansion to Russia’s borders, with military maneuvers in the Arctic, unilateral economic sanctions, and public talk from the Pentagon of “winning” a nuclear war, Russia is naturally moving to develop its Eurasian vast expanse—including its major coal producing capacity—and to develop its strategic collaboration with China. A key element of this shift is expanding trade, and the transport corridors trade requires.

President Putin has called for the expansion and modernization of Russia’s two key East-West railroads. The Baikal-Amur Mainline (BAM) railroad is 4,324 km long, stretching across Eastern Siberia and the Russian Far East to the Pacific port of Sovetskaya Gavan. The famous Trans-Siberian Railroad is the longest railroad in the world, originating in Moscow and stretching 9,289 km to the Pacific port of Vladivostok. From the eastern-most leg, there are major connections to Mongolia, to China, and to North Korea.

Are we witnessing long-delayed, beginning moves by Russia to develop its vast, rich, but neglected Far East region and Pacific ports—in coordination with China? Lawfully, this would come in response to what President Putin has called the “often vulgar or dogmatic” on-going attacks on Russia from NATO, the UK, and recent U.S. administrations. Putin has repeatedly warned the West that its actions will cause “a formidable breakdown in global development … a war of all against all….”

It is clear from President Putin’s focus on coal, on nuclear fission, and on continued R & D for nuclear fusion that Russia is joining China to shape an energy-dense future for mankind.