This article appears in the June 25, 2021 issue of Executive Intelligence Review.

Why Americans Should Investigate the FBI 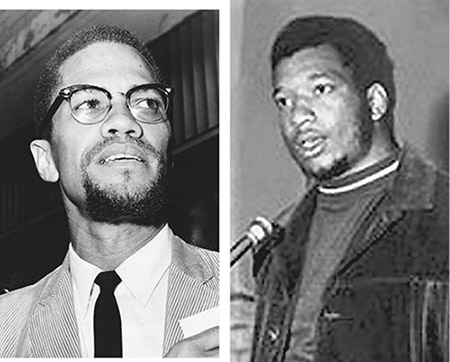 June 20—David Shavin’s account of the FBI’s role against Martin Luther King, and against the civil rights movement, appearing in this issue of EIR, properly highlights J. Edgar Hoover‘s lifelong crusade against progress and reason, but also does more. It argues for a re-opening of several cases of the 1960s, two of which—that of Malcolm X, and slain Black Panther Party leader Fred Hampton—have received renewed attention in the past six months. This 50th anniversary of the Media, Pennsylvania “citizens’ raid on the FBI,” which accidentally uncovered the top-secret FBI COINTELPRO illegal operations against Americans, including Lyndon LaRouche and his associates, might also be used as a point of reflection for those too eager to seek the protection of democratic rights through the FBI. Finally, with the 20th anniversary of the 9/11 attack approaching this September, the botched FBI “anthrax investigation” also deserves dishonorable mention. Twenty years after the anthrax attack that immediately followed 9/11, which killed five persons, injured others, and shut the United States Congress, why has no credible explanation for what occurred been given?

Many who have traditionally referred to themselves by such political sobriquets as “liberal,” “progressive liberal,” “left-liberal,” etc., have, in recent years—and particularly since the January 2017 inauguration of former President Donald Trump—found themselves endorsing the actions, no matter how distasteful, of the Federal Bureau of Investigation, an agency they would have earlier vigorously criticized, denounced, or even actively despised. No longer. Their recent morphing into impassioned advocates for internet bans, surveillance, firings and arrests and detention of hundreds or even thousands of Americans that “engaged in the insurrection of January 6,” is actually the prologue to that which was always intended by the Obama-era National Defense Authorization Act (NDAA) of 2012: a “paradigm shift” away from Constitutional self-government. And whatever the intent of the self-styled “crusaders against the right,” that nullification of the Constitution will be the result.

Does Section 1021(b)(2) of that Act, which allows for the detention of American citizens “who are part of or substantially support Al Qaeda, the Taliban or associated forces engaged in hostilities against the United States,” detention without a trial and bereft of legal counsel, now become actionable, in fact, not only with respect to the January 6 confrontation, but all such “insurrections,” no matter who “commits” them, in the future? Could the instances of civil unrest that occurred in Detroit 1967, Newark 1967, and Los Angeles 1992 have been deemed insurrections, such that the measures identified in NDAA 2012 would have applied to them? In fact, they were called “uprisings,” which term was first floated through Black Power advocates of the 1960s (largely funded by McGeorge Bundy’s Ford Foundation). Intelligence agencies and law-enforcement organizations were then “empowered” to begin to speak about them as “warfare” and “insurrection” in “inner city America.”

It is today little remembered that on May 6, 1968, the House Un-American Activities Committee of the United States Congress issued a report entitled, “Guerrilla Warfare Advocates in the United States,” chaired by Louisiana Congressman Edwin E. Willis. The report stated:

… during a guerilla uprising most civil liberties would have to be suspended, search and seizure operations would be instituted during the daylight hours, and anyone found armed or without proper identification would immediately be arrested. Most of the people of the ghetto would not be involved in the guerrilla operations …

The population within the ghetto would be exhorted to work with the authorities and to report both on guerrillas and any suspicious activity they might note. The police agencies would be in a position to make immediate arrests, without warrants, under suspension of guarantees usually provided by the Constitution. Acts of overt violence by the guerrillas would mean that they had declared “a state of war” within the country and therefore, would forfeit their rights as in war time. The McCarran Act provides for various detention centers to be operated throughout the country and these might well be utilized for the temporary imprisonment of warring guerrillas.

This was the plan that was recommended to President Johnson in May-June 1968. Now, in 2021, “stealing people away in the middle of the night” is no longer restricted to ghettos, or cities, or even to the poor or politically active. Those that believe that this was catalyzed by the person, Presidency, or policies of Donald Trump, are misreading the Malthusian intent of the global “financial regime change” policy expressed by former Bank of England Governor Mark Carney in Jackson Hole, Wyoming on August 23, 2019.

Thus the people, whatever their political stripe, who seek the assistance of the FBI, CIA, or other alphabet agencies, “to root out the insurrectionists,” by invoking what they foolishly term “a pre-Civil War situation in our country,” thereby potentially activating several intelligence agencies, including against themselves, should at once realize: “you are being bamboozled into passionately calling for the suspension of Constitutional rule, in the name of protecting the Constitution.”

Since 9/11 and the undeclared “preventive wars” against Afghanistan—as well as Iraq, Libya, and Syria—a correlative domestic erosion and violation of American Constitutional law (for example the illegal surveillance of the majority of the American people) has operated in lock-step—some might say, “goose-step”—with the abrogation of the international standards of law adopted, both at and after the 1945-1949 Nuremberg Tribunal and in the establishment of the United Nations in 1946. Those recent violations, most famously exposed through the courageous actions of American patriots William Binney, Edward Snowden and others, were themselves rooted in a politically motivated pattern of selective law enforcement that had been, in fact, “standard operating procedure” in the United States. David Shavin’s reference to the Rose Garden discussion between Martin Luther King and JFK, concerning Hoover’s surveillance, and the potential use of surveillance to remove governments, makes that all too clear. It was true even decades before the November 22, 1963 assassination of President John F. Kennedy. Efforts were made as early as 1968 by Lyndon LaRouche, and student-associates of LaRouche, to reveal the illegal actions being conducted “in the name of national security.” These were carried out by multiple and multiply-connected intelligence agencies on behalf of, not really the United States, but a combination of banking, private financial, and corporate interests located in the City Of London and Wall Street, frequently operating government business through a network of foundations, universities, non-governmental organizations and private security firms (including drug cartels), that were coordinated in fact by representatives of the “alphabet” intelligence agencies. While the LaRouche investigators’ efforts were often successful, their successes also made the LaRouche-associated organizations the target of ridicule and suppression, including imprisonment.

In the case of Lyndon LaRouche v. William Webster (former head of the FBI), dated September 25, 1996, heard in the U.S. District Court for the Southern District of New York, an Opinion and Order of the Court states, under “Background”:

Indeed. The most efficient avenue for re-opening the entirety of the past half-century of FBI and related institutions’ crimes against the Constitution and the people of the United States, remains the campaign for the Exoneration of Lyndon LaRouche, and of his associates. For in that act, what nightmares will come for the true criminals!