A Plot Against Sovereignties, For Globalization, and For a New World War 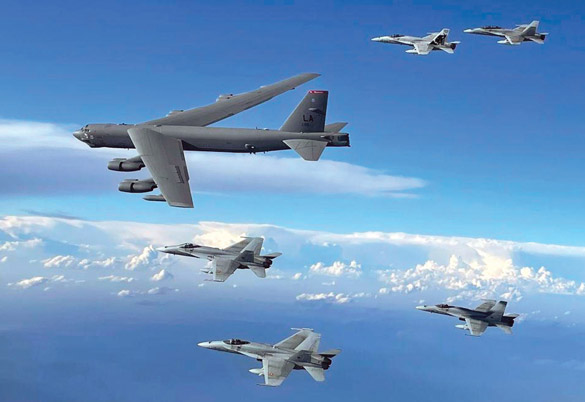 PARIS, June 26—Among the things “accomplished” at the short NATO meeting of June 14 was the approval of the NATO 2030 Agenda, a quite radical proposal for a vast reform of NATO’s strategy, to replace the previous such document dating back to over ten years ago, before the supposed double threat posed by China and Russia against the alliance had been introduced.

The context for the 2030 Agenda is the need to reinforce unity among the allies, to be able to deal with what is described as a highly degraded strategic environment, due especially to this “double threat” from Russia and China. Titled “NATO 2030—A Political Role Suited to a New Era,” it is actually a proposal for a kind of political putsch by NATO! Since 2014, when Russia “annexed” Crimea, brag the authors, NATO has been able to organize “the most important reinforcement of a collective defense to have been carried out in a generation.” The challenge is now to be able to “carry out a political adaptation to accompany the progress carried out in the military sphere.” (Emphasis added.)

At the heart of this proposal is an attempt to overthrow national sovereignties and establish a direct rule, internationally, imperial style, by the NATO leadership. Most citizens are not aware that NATO is not an organization in which states dilute their efforts by submitting to a central command; it is an alliance of sovereign states, in which each contributes specific elements to the overall effort.

In total disregard for these national sovereignties, the report says from the outset that NATO is called upon to become “the unique and essential forum to which Allies turn on all major national security challenges, proactively seeking to forge consensus and build common strategies for dealing with common threats; … Allies should strive to hold national policies to the line of policy developed at NATO.” The member states are even called upon to consult the policy of NATO “ahead of meetings of other international organizations, e.g., the United Nations, G-20, and other fora,” to be able to respond to challenges in accordance with NATO policy.

To establish full unity, the report proposes to increase the number of Foreign Affairs and Defense ministerial meetings, and to implement direct coordination between NATO and the EU—above the heads of sovereign national states—by creating an institutional channel of political liaison between the international staff of NATO and the European External Action Service (EEAS, the EU’s diplomatic service). During French President Charles de Gaulle’s time and immediately afterwards, any attempt by either of these organizations to use Brussels as a base to establish a physical or an organizational liaison was rigorously blocked, for fear that these two organizations would team together, and intervene on the sovereignty of the EU member states.

With the pretext of responding more swiftly to current threats, it is proposed that the rule of unanimity, through which decisions in the North Atlantic Council (the only political decision-making body of NATO, consisting of all the Permanent Representatives) are adopted to this day, be abrogated, so that certain responsibilities can be “delegated” to the Secretary General, so that he can “make decisions on routine matters and bring difficult issues into the open at an early stage.” It is even proposed that NATO “support the establishment of coalitions inside existing Alliance structures” to enable the Secretary General to initiate new operations which are not agreed upon by all the allies.

Finally, the report also announces the extension of NATO to the entire world, despite the fact that it is confined by its own statutes to the North Atlantic. NATO must keep open its “open door policy,” the report states, listing the countries which NATO is cultivating for partnerships or memberships: Sweden and Finland, in the North; Georgia, Ukraine and Bosnia Herzegovina, in the East; Tunisia and Jordan in the Mediterranean. In Africa, NATO 2030 promotes working together with the EU, the African Union, the G5 Sahel (Burkina Faso, Chad, Mali, Mauritania, and Niger), and other regional organizations to counter Russian and Chinese “growing asymmetric threats.” Also targeted is the Indo-Pacific, where reinforced partnerships are envisaged with Australia, Japan, New Zealand and South Korea, in existing organizations: NATO+4, NATO-Pacific partnership, or NATO/Quad dialogue. With India, NATO will soon “begin internal discussions about a possible future partnership.”

However, these partnerships will not be like those in the past, they stress: “Partnership cannot be a substitute to membership, which alone carries the benefit of Article 5” (which states that an attack on one is an attack on all). Without eliminating the difference between partnerships and memberships, NATO 2030 nonetheless announces it will develop “partnerships in a more deliberative and proactive manner to actively shape the security environment and promote NATO goals in support of its core tasks and missions.”

The implications of this reform are such that last March, the Le Cercle de Réflexion Interarmées (CRI), an independent group of high-level retired officers of the three French military services, published a scathing report in a major French magazine, Capital, accusing the proposed reform of (1) violation of national sovereignties, (2) globalization of the NATO structure, and, above all, (3) trying to drive Europe into joining a potential U.S. war against Russia and China. 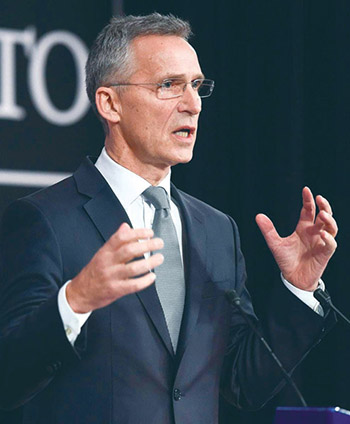 NIDS/NATO
The NATO 2030 Agenda enables NATO Secretary General Jens Stoltenberg to initiate new operations not agreed upon by all its member states.

On May 28, the French Defense Ministry also attacked NATO 2030 for breach of sovereignty, telling the media that France’s response to a proposal circulated by NATO Secretary-General Jens Stoltenberg, calling for a 20 billion euro increase in spending for NATO based on the NATO 2030 report, was: “No, thank you.” The Defense Ministry was furious to learn about the proposal via the media, and asked whether NATO was now demanding the dissolution of national sovereignties of all member states into NATO, adding that France would not be able to modernize its own defense and at the same time assume such costs for NATO. President Emmanuel Macron said he would demand further explanations from NATO.