Let us Create the Conditions in which People Can Be Healthy

Dr. David Satcher, served as the 16th Surgeon General of the United States, and before that, as U.S. Assistant Secretary of Health, and Director of the Centers for Disease Control and Prevention. This is an edited transcript of his presentation to the fourth panel, “The Coincidence of Opposites: The Only Truly Human Thought Process,” of the Schiller Institute’s June 26-27 conference, “For the Common Good of All People, Not Rules Benefiting the Few.” Subheads have been added. 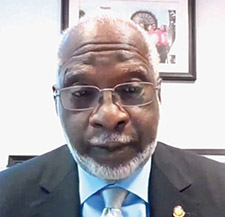 I’m delighted to be able to join you, and to be here with Dr. Elders and members of the Schiller Institute. I’m very impressed with your work, and what you’re trying to do in the world to make the world a better place. I agree with Dr. Elders, that that should be built around public health. Medicine is very important. I’ve spent a lifetime in medicine, but I believe that the critical issue is how do we come together in public health.

The Collective Efforts of Society

I like the definition of “public health” which says that “public health” is the collective efforts of a society to create the conditions in which people can be healthy. When you think about it, whether we’re talking about COVID-19 or any other challenge to our health—including the epidemic of violence and famine—we have to somehow bring people together collectively, and work toward a common goal. That’s what public health challenges us to do.

It is interesting, of course, that one of the barriers to eradicating polio has very little to do with medicine, and more to do with violence. As long as there is fighting in Afghanistan and Pakistan, we’re not going to be able to eliminate polio from those areas, because we can’t get vaccines to children there. So, it is true, as you pointed out Dr. Elders, there is a need for a coming together of people across political lines and the other things that we allow to divide us, and to work for the common good, especially of children.

Dr. Elders mentioned that when I was director of the CDC in the mid-1990s, before I became Surgeon General, we made a decision that we were going to launch a major effort to eradicate polio. We had seen the success of the eradication of smallpox around 1978, and we decided that it was time to take on polio. So, we set out. We targetted India and Africa. India, at the time, had the largest number of persons with polio, and Africa was very close.

The CDC launched a major effort in India, where the smallpox program had been so successful. We launched an effort to eliminate polio. I’m using words like “eliminate” and “eradicate” with the understanding that when you eradicate a disease, it does not exist anywhere in the world. In India, the last cases of smallpox were seen around 1978.

In terms of polio, we have eliminated polio from many places, including the United States. We haven’t eradicated polio, because as long as polio exists in other countries, it’s not eradicated. It’s sort of like the philosophy of this organization: We’re all in this together, so as long as there is polio, we all have the risk of polio, and it’s going to take a working together to get there.

I’ll repeat the definition of public health which I like: Public health is the collective efforts of a society to create the conditions in which people can be healthy. If you think about it, those conditions include what we’re struggling with right now: getting people immunized. It is a very strong position to be in, to have the overwhelming majority of your population immunized against COVID-19, or any other such disease. The problem is getting to that: It’s being a very strong position, when you make available to everybody—all of the citizens—what they need in order to avoid becoming infected with a virus like polio or like COVID-19. That’s what we’re working toward now in terms of COVID-19.

Public health is in the collective efforts of a society—and that’s important—to create the conditions in which people can be healthy. We’ve had some success in that, but we’ve also had some major failures, in terms of trying to make sure, number one, that quality care, if you will, quality public health is a reality for everybody. We’re not there yet, but the first thing, I think, is to realize that that’s what we’re after, we’re after a strong public health system. 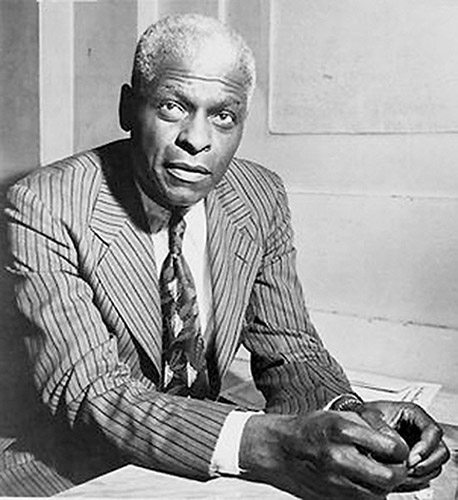 Morehouse College Then and Now

Let me say that I have lived through a lot of experiences here in the South. I’m here in my office in Atlanta, which is on the campus of Morehouse School of Medicine. I went to college here at Morehouse College, and in the early 1960s, became involved in the student movement. That student movement did a lot to motivate me for my career in medicine, because I didn’t come to school to go to jail. But many of us ended up in jail. Some of us even in prison. Not just for the sake of getting arrested, or what have you, but because we believed that we had a responsibility to help to make the world a better place than it was.

When I came to Atlanta, of course, there were stores downtown where we could not shop, couldn’t work. All of those things had to change. And I must say, I lived to see most of them changed over a 45-year period, here in Atlanta. Atlanta is a great place, but it had to overcome some real challenges of how we view people and the rights of people. I was very pleased to have been a small part of that.

Dr. Benjamin Elijah Mays didn’t encourage us to go to jail, but he also didn’t stop us from going to jail. I think he would probably have to deal with our parents if he encouraged us to go to jail, but he certainly talked on Tuesday morning about the importance of standing up for your rights, about the power of resistance. You can imagine the impact that that had on Martin Luther King, Jr, more than ten years before I became a student here. That was Benjamin Elijah Mays, a tremendous leader who said that we can never take for granted the quality or the purpose of our lives. We’ve got to continue to work to make sure that the lives of other people continue to get better.

I think the organization we’re dealing with now is notable for a common concern for the lives of everybody: Whether or not they get food, whether there’s nonviolence, in so many ways we have to work together to make the world a better place.

We talk a lot about George Floyd now, and of course, most of us know that those things continue as we speak. We have a lot of work to do to overcome violence, even though we are committed to nonviolence, we still struggle with violence, and will, until there is more unity among us in terms of the rights of people and what that means, and the role of police and things like that.

I remember what it was like to be arrested. But I must admit that Atlanta was a more decent place when it came to that than most cities. Even though we got arrested, I don’t remember being beaten by the police when we were arrested— just getting arrested and going to jail.

I hope that this conference moves us forward toward the goal of working together toward the common good. I know that we can do that. Thank you.