The Russian Perspective on a Global, Sustainable and Sustained Recovery

Boris Meshchanov is a Counsellor at the Permanent Mission of the Russian Federation to the United Nations, in New York City. This is an edited transcript of his presentation to the fourth panel, “The Coincidence of Opposites: The Only Truly Human Thought Process,” of the June 26-27, 2021 Schiller Institute conference, “For the Common Good of All People, Not Rules Benefiting the Few!” Subheads have been added. 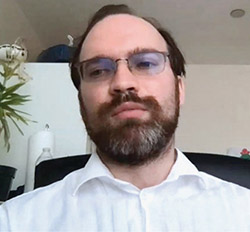 Distinguished President of the International Schiller Institute, Madame Helga Zepp-LaRouche, colleagues and friends from the expert community, respected audience of the conference!

We thank you for the opportunity to present to you some of the Russian Federation approaches to global recovery. For those who may not be aware, in the United Nations we have decided to build back better after the pandemic—yet, different States, or even groups of States, have assumed different understanding of how to recover better themselves and more important, how to rebuild the post-COVID world.

1. To start with, we certainly don’t have the privilege to forget the lessons of history—it would be short-sighted and extremely irresponsible. Peaceful development and solidarity free from unilateral coercive measures should be in the basis of the global reconstruction. Our country has consistently upheld a balanced and sustainable vision based on partnership, development and innovation, fully in compliance with the vision of the 2030 Agenda unanimously adopted by the United Nations back in 2015. Our country has joined the informal Alliance of States defending the UN Charter and its timeless principles of inter-State communication—meaning the equality of sovereign States, non-interference with their domestic affairs, the right of peoples to determine their own future, non-use of force or the threat of force, and political settlement of disputes.

It is to be recognized at this conference that those principles have very much in common with Mr. Lyndon LaRouche’s Doctrine introduced back in 1984 as part of his proposed Draft Memorandum of Agreement Between the U.S. and the USSR.

This is another proof that pragmatic, science- and evidence-based political solutions are not subject to space or time limitations, they reflect the logic of history and are promoted by outstanding thought-leaders in every generation. Let us hope that another prophecy of Mr. LaRouche will come true—that of the summit between the four great powers. For the time being, assuming its responsibility as a founding member of the UN, Russia has suggested convening a P5 summit of five States—Permanent Members of the Security Council.

2. Second, the idea of a qualitative integrative growth. The concept of “integration of integrations” was first put forward under the auspices of the Organization for Security and Cooperation in Europe (OSCE). Regionally, its implementation is underway as the consultations are in progress on the alignment of the Eurasian Economic Union and the Belt and Road Initiative. Broader, our idea has been to form a Greater Eurasian Partnership involving all Asian and European countries, without exception. It is purely pragmatic and increasingly relevant.

One can question the feasibility of grand projects of cooperation in our times. Let me reassure those critics and remind them of the first post-Cold War successful cooperation on the Eurasia continent—the Russia-India-China triangle invented, or rather formulated by an outstanding politician and academician of our country, Evgeniy Primakov. The alliance proved successful and was later complemented by Brazil and South Africa, forming the so-called Group of BRICS countries. It is presumed that the optimization of the global value chains may also contribute to the process of regionalization of the world economy.

3. Among obvious new opportunities for global development, let us name Arctic development and the launch of the Northern Sea Route project. This year, Russia chairs the Arctic Council, and the slogan for our chairmanship has been “Responsible Management for a Sustainable Arctic.” This is a highly important and interesting issue as the development of the entire Arctic region and the Northern Sea Route in particular has tremendous economic significance for many countries in the region and beyond. Primary attention will be given to creating favorable conditions for improving living standards, modernizing the economy, ensuring the region’s attractiveness to investment while efficiently managing the region’s scientific and innovation potential and resources, and exercising a very considerate attitude towards the impact that human activity can have on the region’s environment.

The use of Northern Sea Route navigation will become practically year-round due to climate change and as we launch our new icebreakers. Russia has the most powerful nuclear icebreaker fleet, which is in high demand here.

4. The above-mentioned principles of peaceful development, cooperation and responsibility lead us to another priority for the global recovery—I mean the President of Russia’s proposal to create so-called “green corridors” free from trade wars and sanctions, primarily for essential goods, food, medicine and personal protective equipment needed to fight the COVID-19 pandemic. In general, freeing world trade from barriers, bans, restrictions and illegitimate sanctions would be of great help in revitalizing global growth and reducing unemployment. Lifting sanctions is key to peaceful co-existence, development, and—as I said before—stable and predictable relations. We noticed that amid the pandemic some western countries have introduced humanitarian exemptions and started to ease COVID-19 assistance to heavily sanctioned countries. This is a small but insufficient step forward. As the newly re-elected Secretary-General of the United Nations, Mr. António Guterres, puts it, it is time for solidarity, not exclusion.

Cooperate in the Production and Distribution of Vaccines

5. As to healthcare, just like in the economy, we now need to remove as many obstacles as possible to partner relations. Building on the scientific, industrial and clinical experience of its doctors, Russia has promptly developed a range of test systems and medicines to detect and treat the coronavirus, as well as registered the world’s first vaccine, “Sputnik V.” We are completely open to partner relations and willing to cooperate.

In this context, at the 75th session of the UN General Assembly, our delegation proposed to hold an online high-level conference for countries interested in cooperation in the development of anti-coronavirus vaccines. We are ready to share experience and continue cooperating with all States and international entities, including supplying the Russian vaccine which has proved reliable, safe, and effective, to other countries. Russia is sure that all capacities of the global pharmaceutical industry need to be employed so as to provide free access to vaccination for the populations of all states in the foreseeable future.

6. Matters related to cybersecurity and the use of advanced digital technology also deserve a most serious deliberation. It is important to hear and appreciate the concerns of people over the protection of their rights, such as the right to privacy, property and security, in the new era. We must learn to use new technologies for the benefit of humankind, seek a right balance between encouraging the development of artificial intelligence and justifiable restrictions to limit it, and work together toward a consensus in the field of regulation that would avert potential threats to military and technological security, but also to our traditions, law, and morals of human communication.

Balance Concerns About Climate with the Need for More Energy

7. Climate and energy. We still lack truly global solutions based on the best available science as formulated in the Paris Agreement. One of the questions: carbon dioxide has been in the atmosphere for hundreds of years. Therefore, it is not enough to talk just about new amounts of emissions. It is important to absorb the carbon dioxide that has already accumulated in the atmosphere.

Second, we must take into account absolutely every cost of global warming. To that end, we have urged all interested countries to take part in joint research, to invest in climate projects that can have a practical effect, and to redouble efforts to develop low-carbon technologies to mitigate the consequences and adjust to climate change.

It is even more irresponsible to sacrifice urgent problems of national development, or even survival, for many developing countries, for the sake of distant climate goals. Russia proceeds from the need to maintain a balance between the need to provide economies and populations with affordable energy resources and solving climate problems. Access to affordable and reliable energy will be a dominant of economic development. The challenge is to make their use as efficient and sustainable as possible. We consider hydro and nuclear energy as reliable, efficient and environmentally friendly components of the energy complex.

According to estimates by BP and the International Energy Agency, in developed countries, the growth in electricity production using nuclear energy will slow down or it will decline altogether; the main growth in electricity production at nuclear power plants is predicted to come from developing Asian countries, primarily China and India. These two countries will naturally define the situation in the world economy in the 21st Century. Russia has provided and continues to provide assistance to many countries of the world in the development of national nuclear energy. Russian turbines and nuclear reactors are successfully operating in dozens of countries around the world.

An Open and Constructive Debate

In conclusion. This event follows the first post-pandemic summit for the leaders of Russia and the United States held on the 16th of June in Geneva, Switzerland. All of the above create a setting for the development of relations between Russia and America. Good or at least fair links between us have always been a guarantee of global stability and calm. We look forward to resuming interdepartmental consultations on a wide range of issues under the aegis of the U.S. Department of State and the Foreign Ministry of Russia to coordinate rules of conduct in all the spheres mentioned in this presentation: strategic stability, cyber security, Arctic, trade, and the settlement of regional conflicts. The U.S.-Russia Presidential Joint Statement on Strategic Stability and Strategic Stability Dialogue [signed by U.S. President Joseph Biden and Russian Federation President Vladimir Putin] will be an important pillar of it.

What we need to do is discard all conspiracy theories, sit down at the expert level and start working in the interests of our States. As President Putin puts it, “There cannot be family trust in this situation, but we think we have seen flashes of it.” If I may, the logic of the historic process imposes our closer cooperation notwithstanding many stereotypes, prejudices and myths. It was a positive signal from the American side, too, to announce a future summit with China.

Referring to the title of this panel, Coincidence of Opposites, is something we are engaged with on a day-to-day basis, meaning the alchemy of diplomacy and personal contacts. It is our strong conviction that the post-pandemic world, however new, digital, and sustainable it may be, will not be able to do without personal engagements both at the high level of politics and with ordinary people.

I thank you, distinguished audience, and wish this panel to hold an open and constructive debate.