Afghanistan and the Belt and Road Initiative

Wang Jin is a fellow of the Charhar Institute, a think-tank in China. This is an edited transcript of his address to the July 31, 2021 conference of the Schiller Institute, “Afghanistan: A Turning Point in History After the Failed Regime-Change Era.” 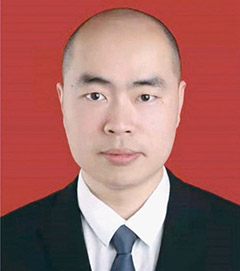 I will talk about China and Afghanistan, the Belt and Road Initiative, and what kind of role China will play in Afghanistan’s future.

First of all, I will talk about China’s concerns over the Afghanistan issue. I want to stress that China has four areas of concerns over the Afghanistan issue. First of all, we are concerned about the possible conflict spillover into the neighboring countries, especially into China. Second, we care about the future opportunities; the investment and the business opportunities. Third, China is concerned over the development of extremism and terrorism. And fourth, we hope to maintain very positive ties with China in the future.

These are the four concerns that we have.

First, China really cares about the possible conflict spillover, even though the bordering area between China and Afghanistan is very limited. But actually, in history, there were some cases that the conflicts inside a country actually became a very major threat to China, so we really care about the situation there, and what kind of development there might be.

Second, investment and opportunities. China is one of the major, but not the biggest trade and investment partner of Afghanistan. So, there are a lot of opportunities and a lot of potentials in the future. So China hopes to seek more opportunities, especially given China’s growing economy.

Fourth, China wants to keep positive ties with Afghanistan, because if you look at the Belt and Road Initiative, Afghanistan is a very important state, with its very important strategic location, the state that is connecting both east and west. So, that’s why China hopes to do that.

But what kind of wishes does China have? The first wish of China is that Afghanistan can go back to stability. The second is that we insist on the principle of Afghan Led, Afghan Owned. We believe this is very important. It means we will respect the sovereignty and integrity of the country. The third is that we hope the power will be balanced in the country, rather than someone dominates the whole country’s future.

China wants to go back to stability: China just nominated a new Afghanistan Special Envoy of the Chinese government, Yue Xiaoyong. He was nominated nearly a week ago. We have to know that China doesn’t have many, only maybe five or four special envoys. The Afghanistan envoy, a Syrian envoy, a Korean Peninsula envoy, a Middle East envoy. So, you can understand how important Afghanistan is for China; we really care about the country. We are really focussed on the country’s development.

The principle of Afghan Led, Afghan Owned: Wang Yi met with a Taliban representative days ago. This was a shock even for Chinese analysts and Middle East experts, for us, because we didn’t expect that it would develop so quickly. China also stressed that we will adjust our policies to Afghanistan according to the very latest developments of the country. Also, during the meeting, Wang Yi stressed that Afghanistan’s Taliban should constrain the presence of extremism and terrorist groups in the country.

And we are looking at the balance in and around the country, because we believe that Afghanistan is a country with a lot of diversity, and a lot of geopolitical importance. And we know there is a very complicated situation in the country, if you look at it from a traditional or historical influence from the neighboring countries. So, we hope that in the future no country will dominate, no external power will dominate Afghani issues. We hope that Afghani issues will be led and owned by the Afghan people themselves. 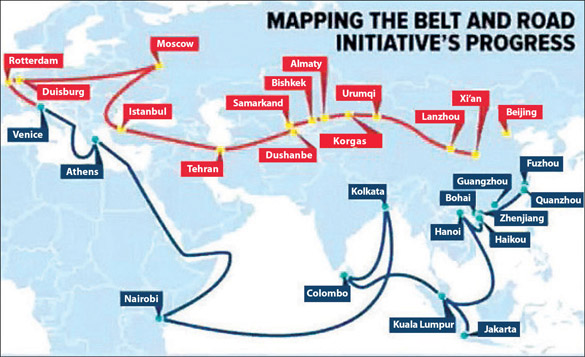 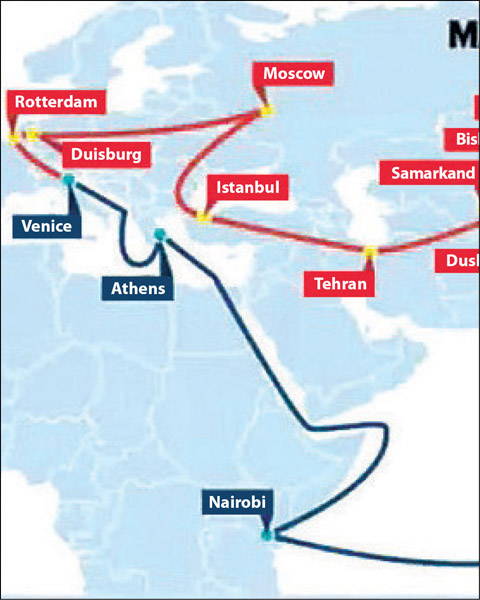 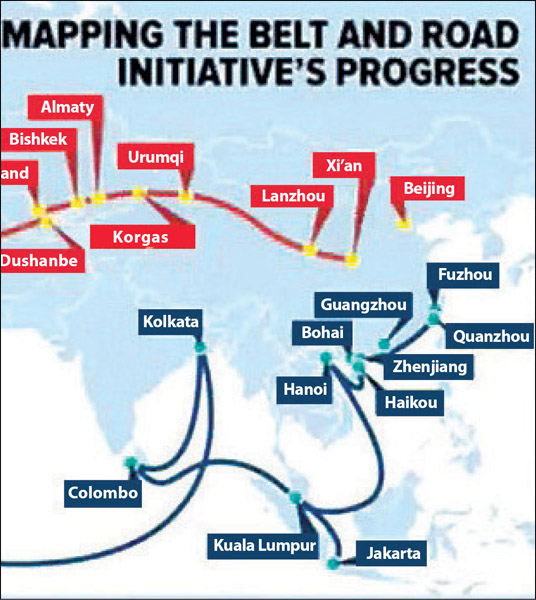 Courtesy of Wang Jin
China wishes to maintain positive ties with Afghanistan as it is strategically located (on map, just south of Dushanbe) and can connect certain routes between East and West. Shown are some national capitals and other major cities linked together by the overland Belt (red) and the maritime Road (blue).

China’s limitations: We still have a lot of limitations constraining what we will do.

We would not seek a military presence in this country. Because, actually, for the Chinese public, we perceive Afghanistan as the very ending days for the great powers. So, from Great Britain to the Soviet Union to the United States, actually no country can dominate the situation there. So, we are very careful and not getting worked too much into the country, because we know that our knowledge and our power is not so strong that we can dominate the country.

We will not do alone. We will try to facilitate dialogue and encourage the dialogue of Afghanistan parties with the other regional and international powers, especially under the mechanism of the Shanghai Cooperation Organization. We know that before Wang Yi’s meeting with the Taliban representatives, he also visited some Central Asian states, and also visited the three Middle Eastern states. So, that’s why China hopes that the country can go back to stability, and China’s endeavors will not be implemented alone by ourselves, but together with Afghanistan and related countries.

Thank you so much. It is my great pleasure, and thank you for listening and for your attention.