Please find attached the final version of the CLINTEL letter on overheated CMIP6 models. Please give it a wide distribution and I hope some of you will help us to get the text professionally translated into other languages.

As I have already mentioned, climate alarmists have started to make strategic mistakes. Blaming every unusual behavior of the natural system on human-caused climate change—often meant to cover their own failures—has become inconceivable for a growing number of people, and the exaggeration of the global warming in the AR6 model projections is now starting to raise doubt in the IPCC community as well. We must make maximum use of these blunders.

Tomorrow, the Dutch version is planned to appear in the Telegraaf. Note that next week, the AR6 report will be published. and we will have a critical look at the contents. 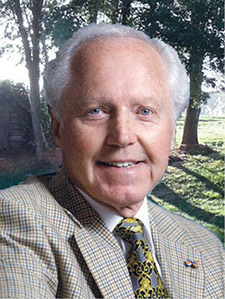 Guus Berkhout is co-founder and President of CLINTEL (Climate Intelligence), an independent foundation that operates in the fields of climate change and climate policy.

Climate scientists from IPCC-circles have admitted that their new generation of climate models—being referred to as CMIP6 (Coupled Model Intercomparison Project Phase 6)—are “overheated,” and therefore far too alarming. This groundbreaking concession was made on the eve of the highly-anticipated release of the Sixth Assessment Report (AR6)—the flagship 5-year product of the UN’s climate agency, IPCC (the Intergovernmental Panel on Climate Change).

The confession also raises huge questions on the reliability of temperature forecasts of IPCC’s previous generation of models (CMIP5), which used the extremely high emissions global warming RCP8.5 scenario.[fn_1] Results were often falsely touted as a “business-as-usual” case and were used to promote extreme action by climate alarmists.

Observations already indicated that CMIP5-models were much too sensitive to greenhouse gas increases, probably by a factor of two. The combination of too high climate sensitivity and too high emissions projections resulted in implausibly high temperature forecasts. As the new generation models (CMIP6) appear to run even warmer, they will make the new equivalent of RCP8.5 in AR6 ludicrously high. It explains the uncomfortable feelings in IPCC-circles that these projections may simply be fiction.

The good news for mankind is that IPCC scientists themselves are beginning to doubt whether their models can be trusted as a policy instrument. Climate critics have long waited for recognition, but now finally rectification of a great injustice is on the horizon.

It’s become clear over the last year or so that we can’t avoid this [admission].... You end up with numbers for even the near-term that are insanely scary—and wrong.

This unexpected announcement by the NASA Director is widely seen as a first step in the rehabilitation of critical scientists. For years, these scientists have been vilified for revealing facts, theoretically and empirically, that the IPCC models tell a political story and pay scant attention to the natural cycles in the Earth’s climate. They have also stated over and over again that climate models are very useful to study the Earth’s complex climate system, but are inadequate to make reliable projections on which to base climate policy. In recent years, CLINTEL has sent registered letters to world leaders, warning them that real observations and model projections increasingly contradict each other, resulting therefore in wrong climate policies.

The elephant in the room for the IPCC is that they are heavily relying on the RCP8.5 scenario in their climate recommendations, which are now widely regarded as implausible.

Michael Asten, an expert reviewer of the AR6 report, sees the admission that IPCC climate models are running inconceivably hot, as a significant concession.

‘There Is No Climate Crisis’

Until today, Western world leaders, politicians and NGOs have massively used the alarmist IPCC-projections to scare citizens, thereby forcing all sorts of destructive climate measures on them. Think of the extreme proposals of UN Secretary-General António Guterres, European Commission Executive Vice-President for the European Green Deal Frans Timmermans, and World Economic Forum Founder and Executive Chairman Klaus Schwab. Based on the scary RCP8.5, they are unwittingly pushing the Western world ever more deeply into a poverty pit. Their “green apocalypse” needs to disappear into the garbage can.

CLINTEL scientists have consistently argued that “there is no climate crisis” and that at some point the truth would come out. That historic moment of truth has now come. What steps should we take now (plan B)?

1. IPCC-Chair: It is now high time to pay attention to the well-documented criticism of the large group of climate scientists who have been excommunicated by the IPCC-community.

2. IPCC-scientists: Don’t use your current climate models to make climate predictions. Until today, your model projections are used simply as political statements.

3. World leaders: Abandon climate mitigation (reducing CO2) and give top priority to climate adaptation (adjusting to natural change). Bear in mind that CO2 is essential to all life on Earth. More CO2 will green our planet and increase food production.

The extremely expensive energy transition, which is entirely based on the IPCC’s fear-mongering models, must be completely revised. CLINTEL reiterates that all countries should be allowed to use their available energy resources—such as clean coal, petroleum, natural gas, hydro power—as much as they need to, to maintain and improve their standard of living. In addition, they should stay far away from intermittent, low-energy sources such as solar panels and wind turbines; these are just useful in niches.

Meanwhile, the world needs to prepare for the “golden energy century,” in which the forthcoming efficient and safe nuclear power plants of the future will provide mankind with an abundance of affordable and clean energy. And we must reallocate the billions that would be wasted on mitigation, and spend them on education, health care, proper housing and the fight against poverty and crime. A new era of hope is dawning.

[fn_1]. RCP8.5 refers to the concentration of carbon that delivers global warming at an average of 8.5 watts per square meter across the planet. According to the researchers who developed it, RCP8.5 was intended to be a “very high baseline emission scenario” representing the 90th percentile of no-policy baseline scenarios available at the time. [back to text for fn_1]