Afghanistan:
A Turning Point in History
After the Failed Regime-Change Era

Opening Remarks: A Mobilization Not for War

The conference was opened by the Schiller Institute’s Dennis Speed, who included a video excerpt from a speech by Lyndon LaRouche in 1985, to help set the tone of the conference. This is an edited transcript. The full video of the conference is available here. 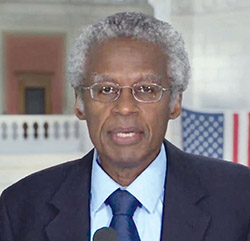 Dennis Speed: Good day to all around the world who are participating in this event. Today’s event marks, we hope, a particular inflection point not only for Afghanistan, but for cooperation among nations throughout the world.

The Schiller Institute has been working for about a year to establish a new method, which is really a way of re-establishing an old method of dialogue, and we hope therefore diplomacy, among nations. It’s a method that was pioneered in the Fifteenth Century by Cardinal Nicholas of Cusa, called “the Coincidence of Opposites.” It always seeks a higher resolution among persons, as well as nations, that may have been defined in the past as adversaries. Because there’s always a higher generalized self-interest, a common good that can, in fact, be identified, apprehended, and then produced for all.

We welcome in that spirit all of the various persons who are participating today from around the world, some of whom you are about to meet, and we note here that we have been informed that the idea of the peaceful development of Afghanistan is supported by the CGTN Think Tank in the context of this conference.

Lyndon LaRouche: (1985 video excerpt) The United States, in the 1860s, in the course of the Civil War, had emerged as the most powerful economy and greatest military force on this planet.

This transformation had been accomplished not by the means of war, which are inherently destructive; it had been accomplished by the form of mobilization of our republic by Lincoln, who himself was a profound thinker, contrary to the schoolbooks of today, who was guided by the principles of republicanism in the deepest and purest sense; who organized a mobilization of industry, agriculture, and institutions, and infrastructure-building, to transform this nation and its potentialities into the most powerful economy and military capability on the face of this planet.

Speed: “Not by means of war, which is inherently destructive,” but through the power of the economy, which Abraham Lincoln in particular had done a great deal to begin, himself, to create. Now, it’s this message that we hope will be heard all over the world, of course, but also specifically in the United States. There is a need in the world, particularly in a world with thermonuclear weapons.

In the case of Afghanistan, from which the United States has now militarily removed itself, nonetheless, the United States is still there; was there for 20 years, and the issue is now that there is a new point of inflection, if you will: Can there be a cooperation established among all of the nations, in a kind of equality of intervention, but that intervention from some higher principle? And what would that higher principle be?

To discuss that, and to give guidance to how that principle can be thought about by all, it’s my honor to introduce—as it always is—the Chairman and Founder of the Schiller Institute, Helga Zepp-LaRouche.